St-Louis, MO | A 17-year-old is undertaking one of the most controversial lawsuits of the history of the country as he is suing his own biological parents for being born white.

Anthony Dwight, 17, claims he has suffered his whole life from the shame of being born white.

"When I was a kid, I'd spend hours in the shower trying to wash off the white of my skin, but it would never go away," he recalls painfully.

"Isn't there enough white people on this planet already? Haven't we inflicted enough suffering, racism and oppression in this world?" he asked reporters.

The teen in the image is actually Dylan Schumaker who was convicted of murdering his girlfriend's 2 year old son a few years ago. 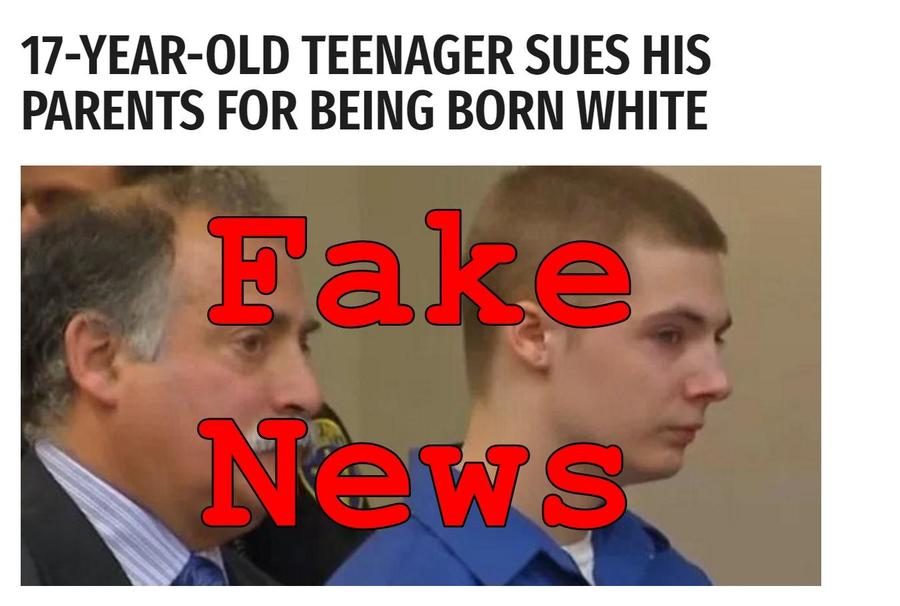 Check out the video the screenshot apparently was taken from:

On top of that World News Daily Report carries following very clear disclaimer at the bottom of each page:

So if you seen anyone sharing a copy of this story on social media to make a larger point about the world we are living in you can tell them they were duped by fake news.