A set of 54-year-old conjoined twins from Michigan are facing each other in court, as one of the siblings is contesting his brother's right to engage in sexual acts without his consent.

Alfred and Wilbert Peterson were born joined at the waist and facing each other, and spent their entire life this way.

They have two sets of arms and legs and their own hearts and stomachs but share a lower digestive tract and a penis.

"He keeps playing with our penis without my consent. That's legally a sexual assault!"

Of course the entire story is made up from a to z. The Siamese twins in the picture are actually Ronnie and Donnie Galyon from Ohio (born in 1951 so well past 54 years old). 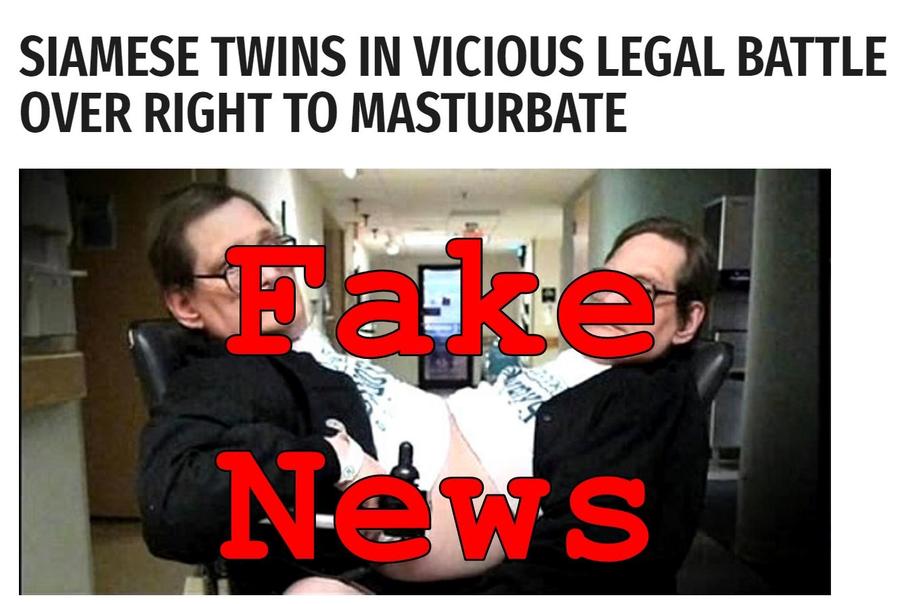 So don't fall for this one either and inform people sharing the article that they are spreading fake news from a satire website.