Once again, our country was attacked by Muslims on Sunday in a horrific shooting in Mesquite, Nevada.

More than 50 people died and 200 were injured when a man began firing at the crowd during country star Jason Aldean's set.

Muhammad al-Jazeera, 35, opened fire from the 45th floor of the Mandalay Bay hotel on the Las Vegas Strip. While liberals spent their time hoping and praying that the shooter was a white Christian, they were terribly, terribly wrong.

Al-Jazeera, who entered the United States under a work visa under Obama, fired a total of 450 rounds at the crowd of the country music festival before he was eventually gunned down by police in his makeshift sniper perch.

The basic facts about the shooting are more or less what the press is reporting right now: there was indeed an attack on a festival on October 2nd 2017 where a shooter opened fire from the 32nd floor of the Mandalay Bay hotel in Las Vegas on the Harvest Music Festival taking place below, killing at least 50 people and wounding 200. But police quickly named a "Stephen Paddock" as the killer:

Most importantly there is no terrorist named Muhammad Al-Jazeera and the picture that was used with the story apparently is an image showing Jasmine Keserovic, a jihadist from Bosnia-Herzegovina. 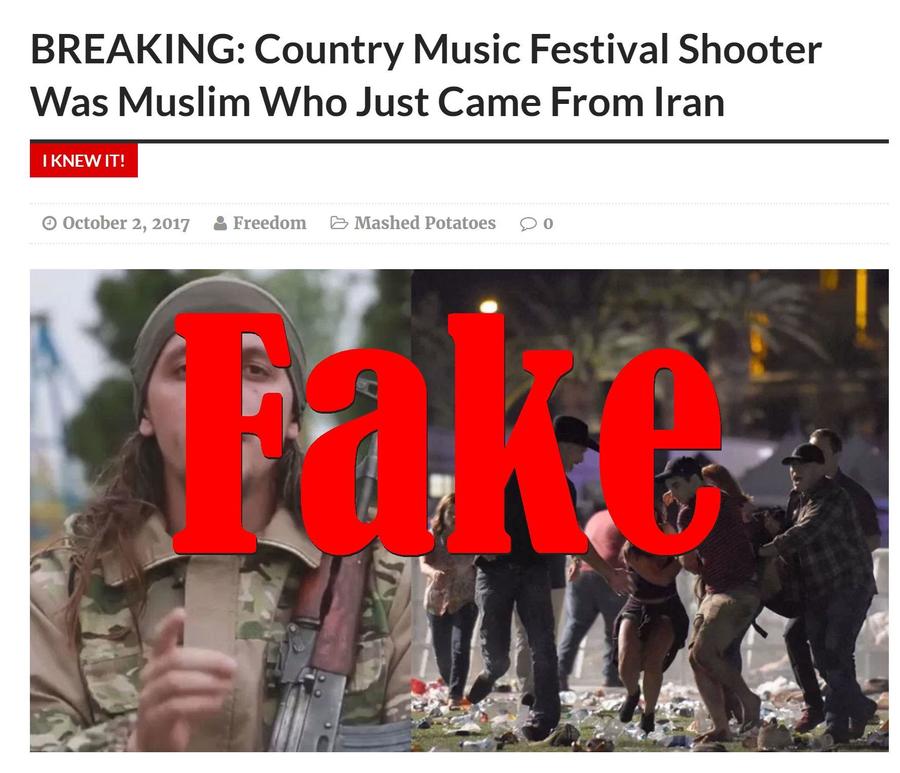 The Resistance: The Last Line of Defense also carries a satire disclaimer at the bottom of the page which reads:

We can only guess at the motives that made Blair write this article. Feel free to speculate in the comments.