Famous fake/satire website The Resistance: The Last Line of Defense posted an article titled "BREAKING: Seattle Seahawks May Be Kicked Out Of NFL For What They Did In Locker Room". It re-used an already debunked image of a player seemingly burning an American flag in a locker room. The story opened:

If you thought "taking a knee" or simply staying in the locker room is bad, you should see what the Seattle Seahawks did.

Defensive end Michael Bennett was captured on camera burning an American flag while they stayed in the locker room during the National Anthem on Sunday. The whole team is standing around him and cheering him on.

Bennett's actions, of course, violate U.S. flag code and are perhaps the most disgusting thing to come of the stunt NFL players are currently pulling as they protest police officers defending themselves against violent thugs and Donald Trump.

The picture used with the story is a photoshop that was already debunked three days ago: 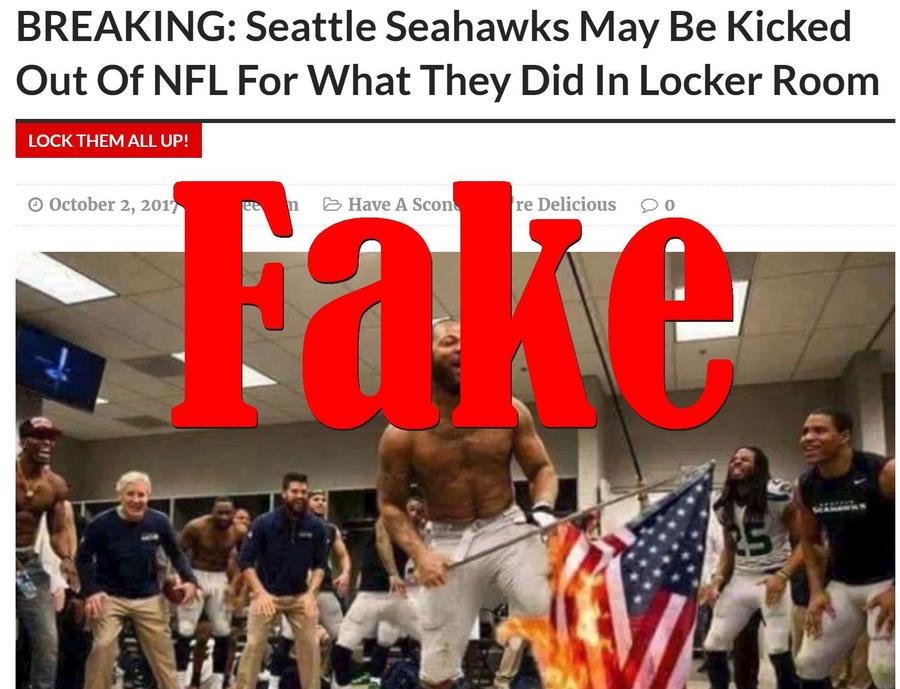 What do you do in the victory locker room? You victory dance.#SEAvsAZ pic.twitter.com/qJoVyG6ZM8

Note that this is already the third trending fake story from Blair's sites today, he really is on a roll. Previous stories included Flight Crew Did NOT Take A Knee Leaving New Orleans Saints Stranded On Runway and Gordon Ramsay Did NOT Have Staff Take A Knee, Did NOT Refuse To Serve Miami Dolphins Players.