The New Orleans Saints made the mistake of once again disrespecting our veterans, our country and our flag. After an embarrassing opening to a game with the worst ratings in Saints' history, the players and coaches learned that their actions have consequences.

Both the pilot and co-pilot of the Boeing 737 the Saints use to travel are combat-hardened American heroes. They flew sorties over Baghdad with Saddam's best weapons firing back. They fought with their lives for your freedom and watched many of their friends die. Today they took a stand for those brave souls:

"We couldn't be a party to the disrespect. We waited until we were cleared and last off the runway for the night , walked out of the cockpit, took a knee and deplaned. They're not going anywhere until tomorrow."

The image used with the article apparently was taken from some flight simulator game. 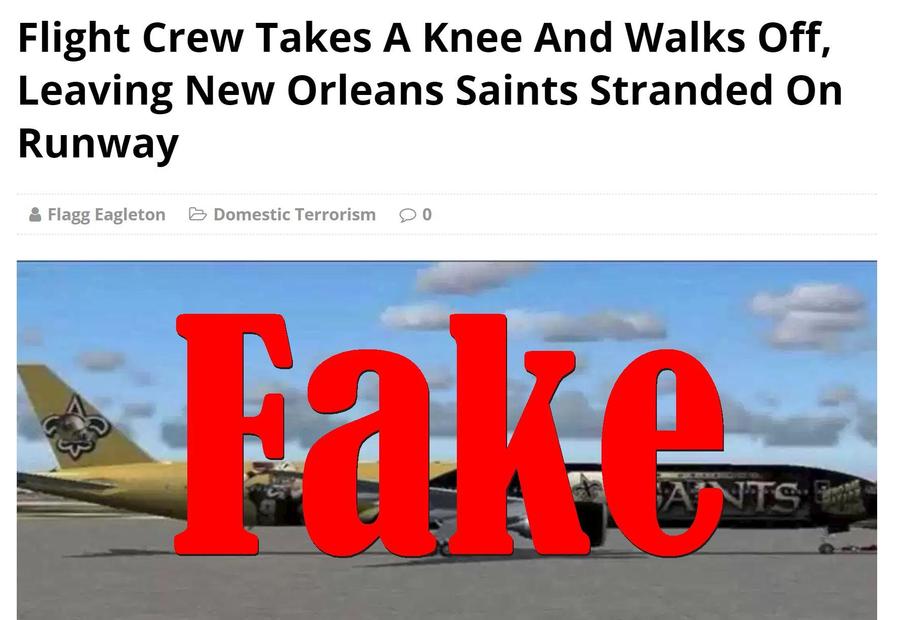 Compare with the likely orignal which we found on Pinterest: 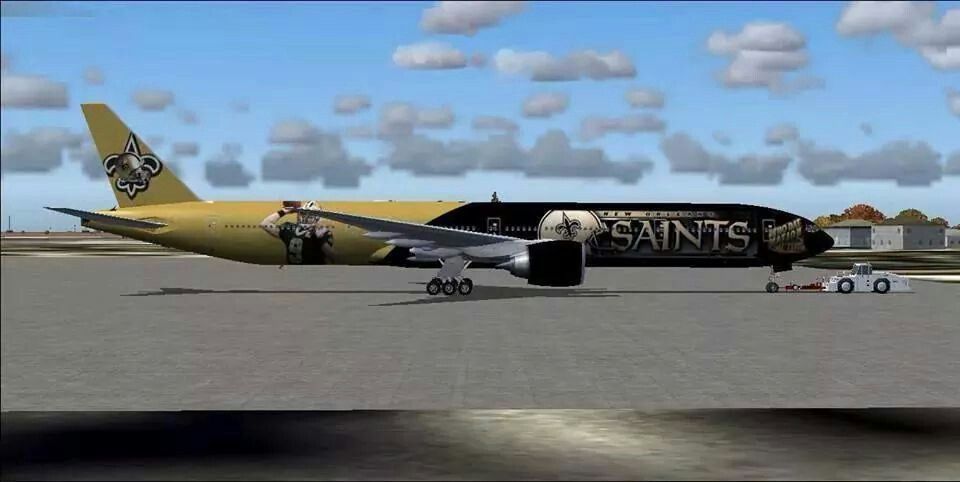 The owner/writer of the site is self-professed liberal troll Christopher Blair, a man from Maine who has made it his full time job to troll gullible conservatives and Trump supporters into liking and sharing his articles. He runs several other websites such as asamericanasapplepie.org, ourlandofthefree.com and thelastlineofdefense.org. Sometimes he is also known under his nickname "Busta Troll".