Tennessee, USA.-- A man was arrested for selling his own farts in jars, without even having a vending license. The man was caught by the authorities, which asked him if he had permission, and the man couldn't answer.

Every jar had around 30% fart and 70% air, although he didn't clarify that to his buyers.

"The man didn't have permission to sell those farts, so we seized them", Cockburn stated.

None of it is true. The picture used to illustrate the article is actually Paul Pixley, a school bus driver who allegedly fell asleep at the wheel in 2016. There are several versions of this hoax floating around online but this one suddenly went viral again recently. (The image is somewhat reminiscent of the ones used at fake/satire site World News Daily Report which also uses a random mugshot found online in combination with an abstract background with almost all of its stories.) 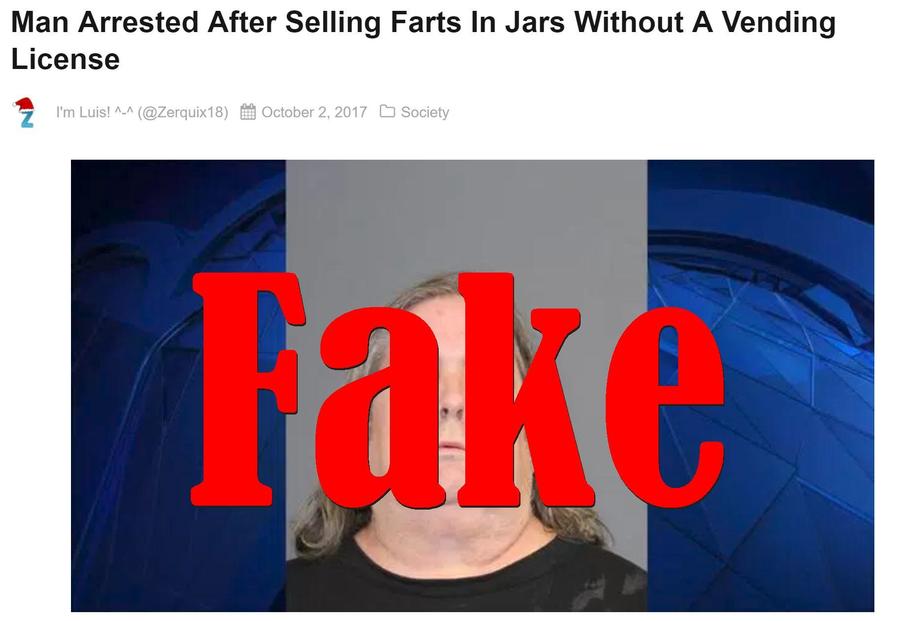