Fat liberal rabble-rouser Michael Moore is in a lot of trouble. As Hollywood elite Harvey Weinstein now faces charges for the rape of an actress as well as a slew of sexual harassment allegations, filmmaker Michael Moore now has to deal with his own accusations from a whopping 15 former staffers.

While filming anti-gun movie Bowling for Columbine Sarah Slater, who was 16 at the time and on set as an extra, says Moore walked up to her and made "multiple passes."

"I rejected him every time but he wouldn't take no for an answer," Slater tells Fox. "He had me change into this really short skirt and he would just stare. At the end of the day, I was at a vending machine and felt a hand sliding up my thigh." 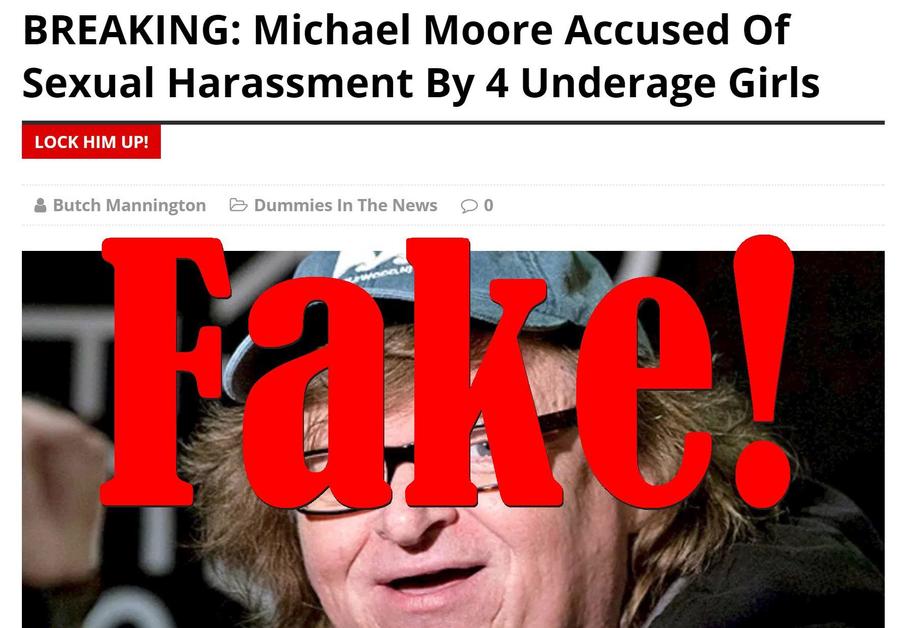 There is no such report on the Fox News website. However the fake article has already been copied by several 'real' fake news websites that don't know or don't care that the original article was supposedly satirical in nature. Freedum Junkshun carries a satire disclaimer at the bottom of the page which reads:

If you see one of his stories on a site that does not contain a satire disclaimer, assume it is fake news. If you do see the satire disclaimer it is of course also fake news. So far we've spotted this story on conservativecolumns.com, defensepatiot.club, usafirstinformation.com and thestarchronicle.com, all known fake news websites. Funnily enough the story also briefly appeared on As American As Apple Pie, another of Blair's sites, before it was deleted. You can still see that version in Google's cache here. Whichever version you saw first, don't fall for it and always Google before you share!