The California wildfires devastated the northern part of the state. Police initially arrested one suspect but released him after an investigation was conducted because the investigation led them to the actual person responsible for the fires: a 23-year-old man named Muhammad Islam.

Islam was born in Tehran, Iran and came to the United States in 2015 on a student visa, which expired when he dropped out of Dartmouth in November 2016. Fox News reported Thursday:

It is unclear what he has been doing since last November. Islam has no social media presence, no phones in his name, no known addresses, and no known aliases.

"It's like he's a ghost," a source at the California FBI told Fox. "The Obama administration just lost him."

The fact that he has no social media presence etc. is probably because he doesn't exist. The image used with the story shows Omar al-Abed, 19, from the village of Kobar near Ramallah in the Palestinian territories, an actual terrorist who killed three people. He's not Iranian and was not in California because he is imprisoned in Israel awaiting trial. 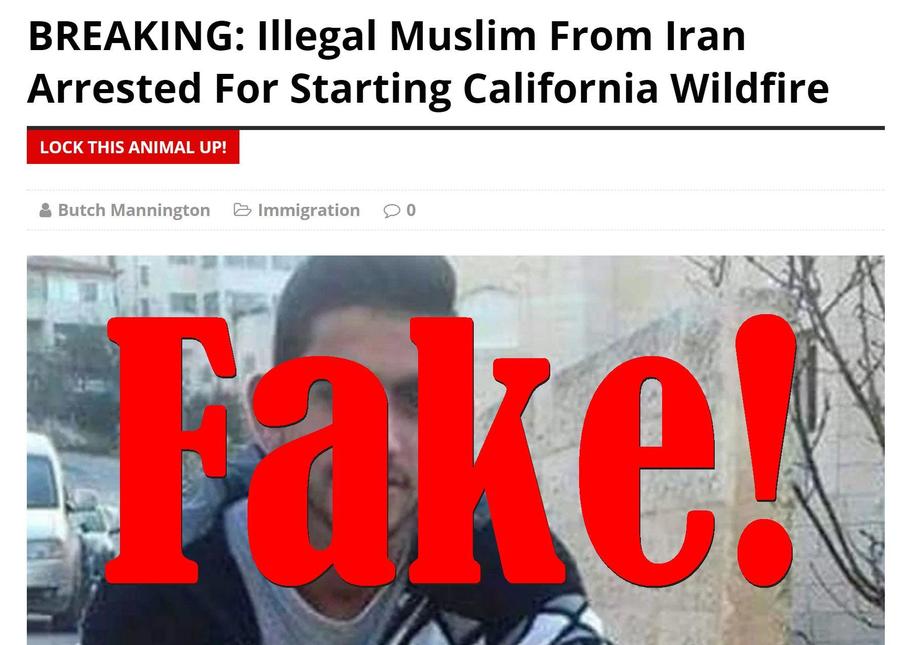 Apparently falsely blaming a disaster on an Iranian terrorist and using the picture of a Palestinian terrorist in order to fool conservatives into liking and sharing a hoax story is now considered satire.