Prank website Trend-News was used (probably by some kid) to post an article titled "All school in Northern Ireland closed 9th November- 20th November". The full text of the hoax read:

All schools Northern Ireland closed 9th November-20th november.
Schools with remain closed till the 20th of November due to teachers on strike.
UPDATES TO FOLLOW

We have found no reports in any reputable news source about this strike. It is not known at the time of publication if the perpetrator of the prank managed to get to stay home. But judging by the spelling and grammar of the prank it is perhaps not such a bad idea for the prankster to attend a few classes... Bad writing or not, the article managed to fool several thousand people into liking, sharing or commenting on it on Facebook today. 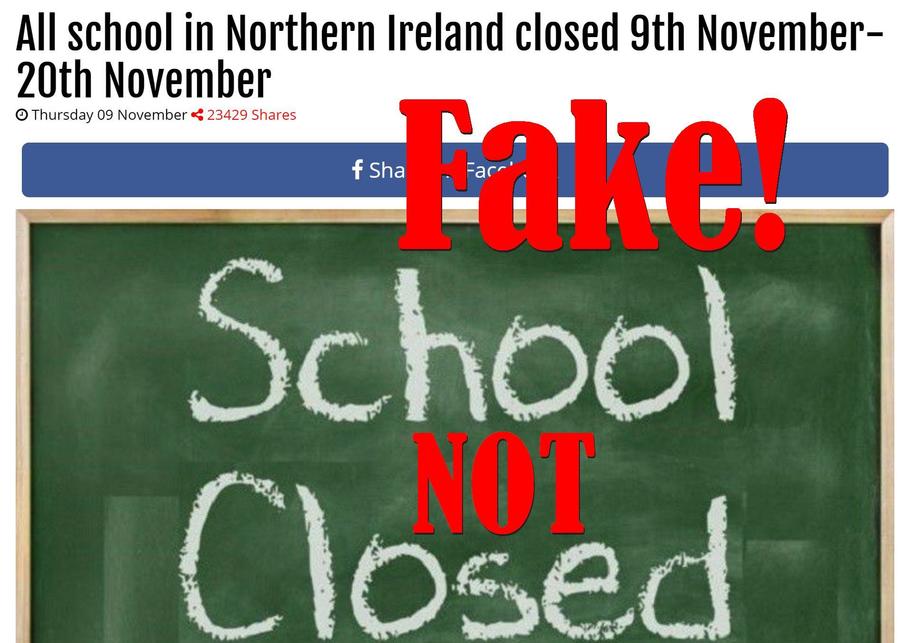 Trend News is a prank website where users can submit their own headline, description and photo to create realistic looking prank news articles. All pages on the site carry following disclaimer at the bottom: