Somebody used prank site React365 to post an article titled "Siouxsie & the banshees playing rebellion 2018". The full text of the hoax read:

Breaking news , siouxsie & the banshees are set to briefly be reforming for the rebellion festival 2018 , further updates to come

The news was not confirmed on the line up page of the Rebellion festival taking place August 2-5th in Blackpool, UK. According to Songkick the last Siouxsie and The Banshees concert took place over 9 years ago an no upcoming ones are planned. The largest Siouxsie & The Banshees page of Facebook is also silent on the 'news'.

All that makes sense since the band was officially disbanded in 1996, with only a brief reunion in 2002 to promote their remastered back-catalogue during the "Seven-year itch" tour. 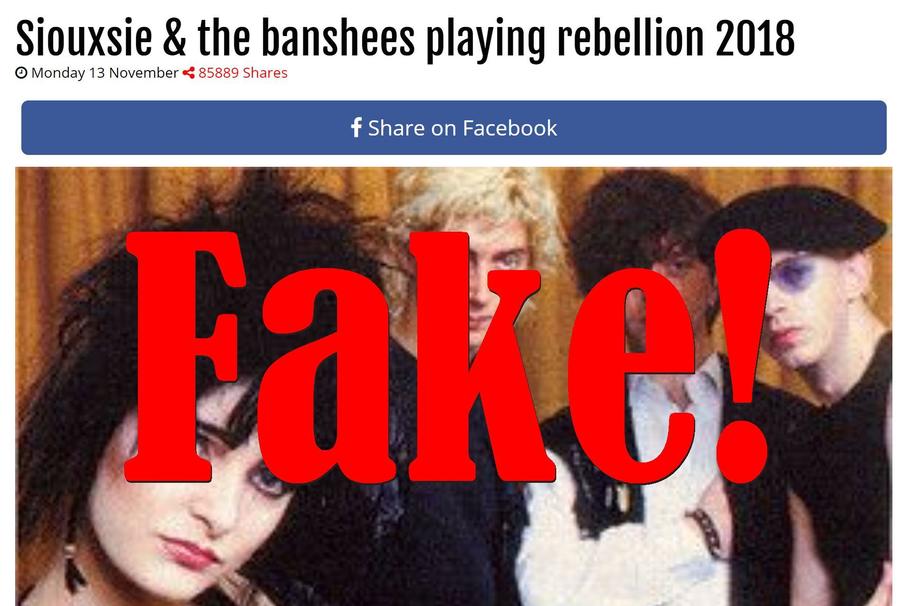 Also, React365 is a prank website where users can submit their own headline, description and photo to create realistic looking prank news articles. As with all stories on the site, this one also carried a disclaimer at the very end of the page which read:

So don't fall for this prank now that we've warned you about it! And that includes copies of it on other websites because this often happens when spoof news articles go viral. Always check the original source before sharing incredible news.