Reports that the U.S. Army created a new type of "holistic medic" a.k.a. "Complementary Medicine Specialist (69W)" are not true. The U.S. military will continue to provide evidence-based medical treatments to its members on and off the battlefield and will not engage in any kinds of alternative medicine practices. So where did the rumor come from? The story (archived here) originated on the satirical website Duffelblog under the title "Army's new 'Holistic Medics' treat gunshot wounds with crystals, essential oils" and it opened as follows:

FORT SAM HOUSTON, Texas -- In an effort to match the broad range of medical treatments available to the civilian population, the U.S. Army has introduced a new breed of battlefield medic, the service announced Friday.

The new MOS, Complementary Medicine Specialist (69W), or "holistic medic," will be trained in a variety of alternative medical treatments, ranging from aromatherapy to interventional prayer, and will be authorized to prescribe medications like megavitamins and homeopathic dilutions.

Regardless if you believe alternative therapies actually work or not, there is no truth to the story that the U.S. Army has actually taken them up. 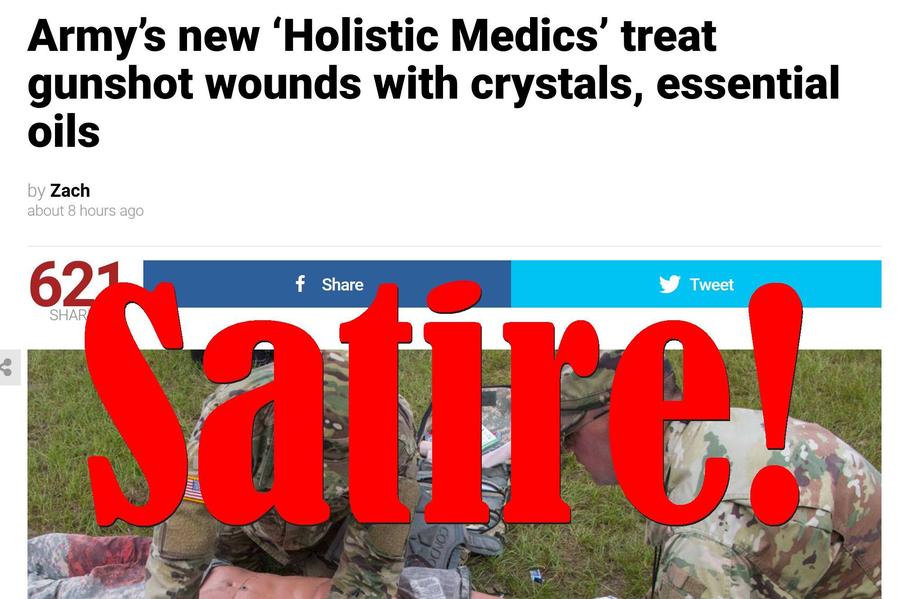 So don't fall for any of their stories, including this one...