You may have read President Trump revealed a plan to fix DACA that makes "liberals lose their minds". This is not true. According to several viral articles about it the plan protects certain illegal aliens that were brought into the country by their parents as children from deportation and grants them work permits if they meet certain criteria: 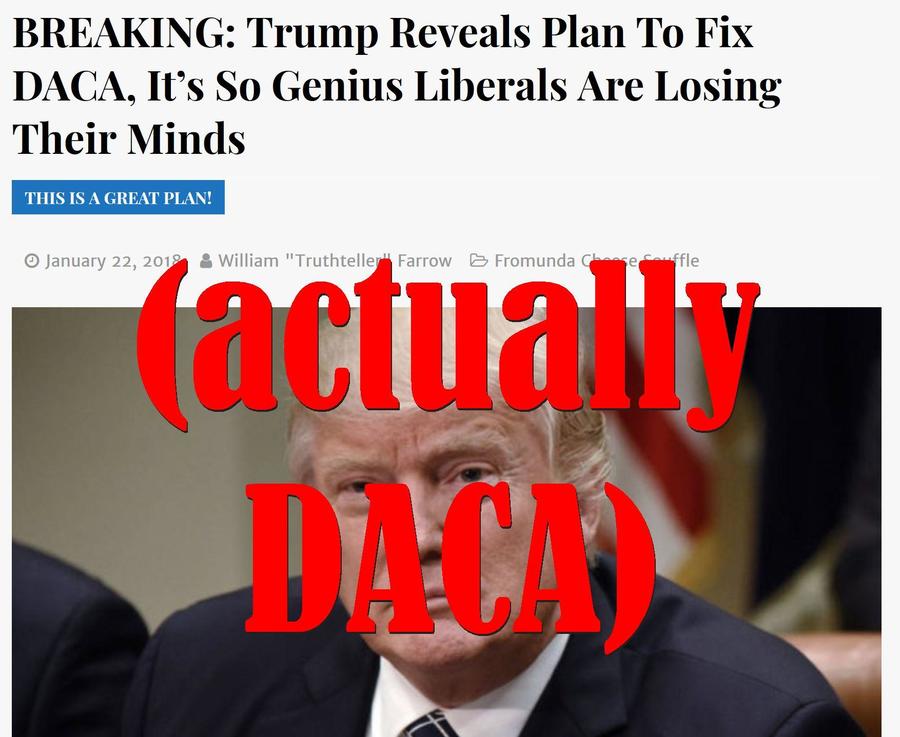 These are not the conditions of any Trump plan. These are the guidelines listed in the existing DACA policy, which you can check here. The article actually originated on a satire website named The Potatriot Post that tried to pass off the guidelines and protections in the current DACA policy as if they were part of a new Trump immigration plan in the hope of getting gullible conservatives to agree with it. The story ends like this:

All in all, this sounds like a great deal the Democrat Party should take -- but since it was Trump's idea, they won't support it at all.

DACA, or "Deferred Action for Childhood Arrivals", is a U.S. immigration policy adopted first by the Obama administration to grant certain individuals who entered the United States illegally as minors a deferment from deportation and eligibility for a work permit. The current Trump administration has sought to put an end to the policy.

The original satirical article was titled "BREAKING: Trump Reveals Plan To Fix DACA, It's So Genius Liberals Are Losing Their Minds" and was published here (archived version) and it was quickly stolen (archive) by fake news website USA Mirror News.

The site Potatriot Post comes with a clear satire disclaimer at the bottom of each article: