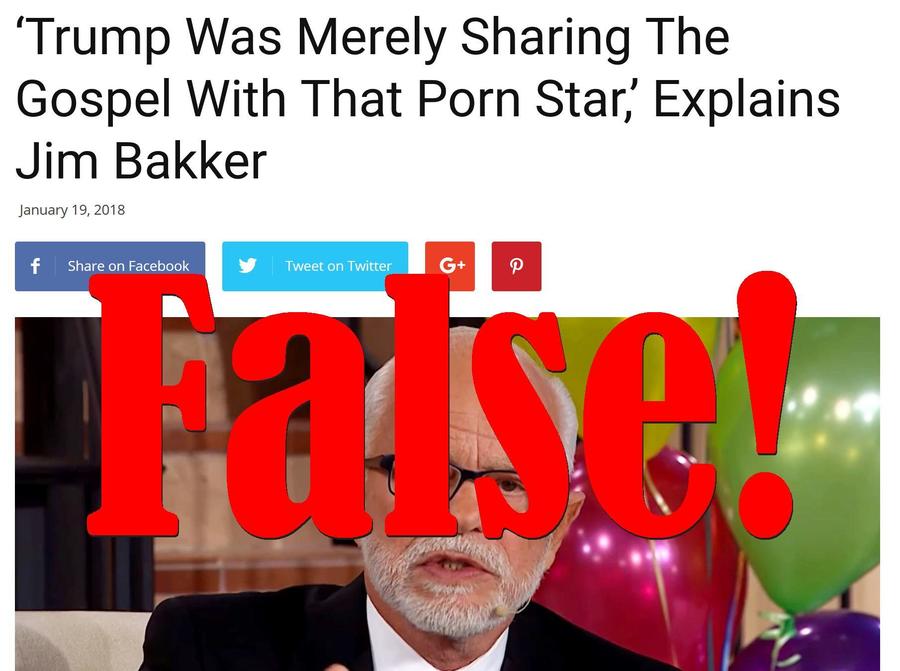 But "The Babylon Bee" comes with following dislaimer on every page:

With a track record like that it is clear that you shouldn't take anything posted on the site seriously and you definitely shouldn't confuse it with real news. Despite this reputation the fake story obtained over 160,000 likes, shares and comments and many people on social media seemed to think it was real:

And Jim Bakker who claims Trump was reading the gospel to her. I'll try and find link to re-post

Who would ever believe this BS? Oh, Jim Bakker- the one who cheated on his wife? The convicted felon? Televangelist Jim Bakker was indicted on federal charges of mail and wire fraud and of conspiring to defraud the public. A lenient judge set him free. pic.twitter.com/7XUdXjKp3g

So wait, according to Jim Bakker, who cheated on his wife, Trump wouldn't cheat on his beautiful wife?? Better talk to Ivana and Marla about that Jimbo!

Don't fall for it!