Popular Dutch weblogs geenstijl.nl and tpo.nl along with the publisher of regional Dutch newspaper De Gelderlander have filed a lawsuit against several European Union defendants inlcuding anti-fake news website EUvsDisinfo for accusing them of publishing "fake news" and "disinformation". They are demanding the accusations are permanently removed from various EU publications and demand publication of a rectification under penalty of a €20,000 fine for each day the EU is found in violation. The legal proceedings are set to begin in Amsterdam on March 14th 2018.

EUvsDisinfo describes itself as:

This website is part of a campaign to better forecast, address and respond to pro-Kremlin disinformation. The 'EU versus Disinformation' campaign is run by the European External Action Service East Stratcom Task Force. The team was set up after the EU Heads of State and Government stressed the need to challenge Russia's ongoing disinformation campaigns in March 2015.

An English language PDF with the summons sent to the EU institutions was made available via the website of the law firm engaged by the plaintiffs.

The main complaint from GeenStijl is that EUvsDisinfo marked one of their articles as disinformation at the behest of a pro-Ukraine PR NGO while misquoting what the article actually said. The EU later removed the claim and stated it was all based on a translation error. GeenStijl disputes this and is looking for a full retraction to be published. 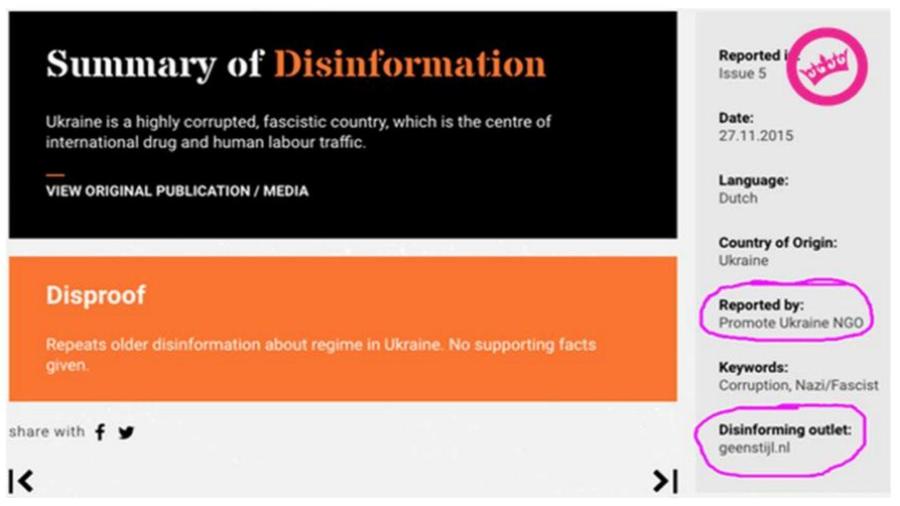 De Gelderlander is similarily upset at being called disinformation: 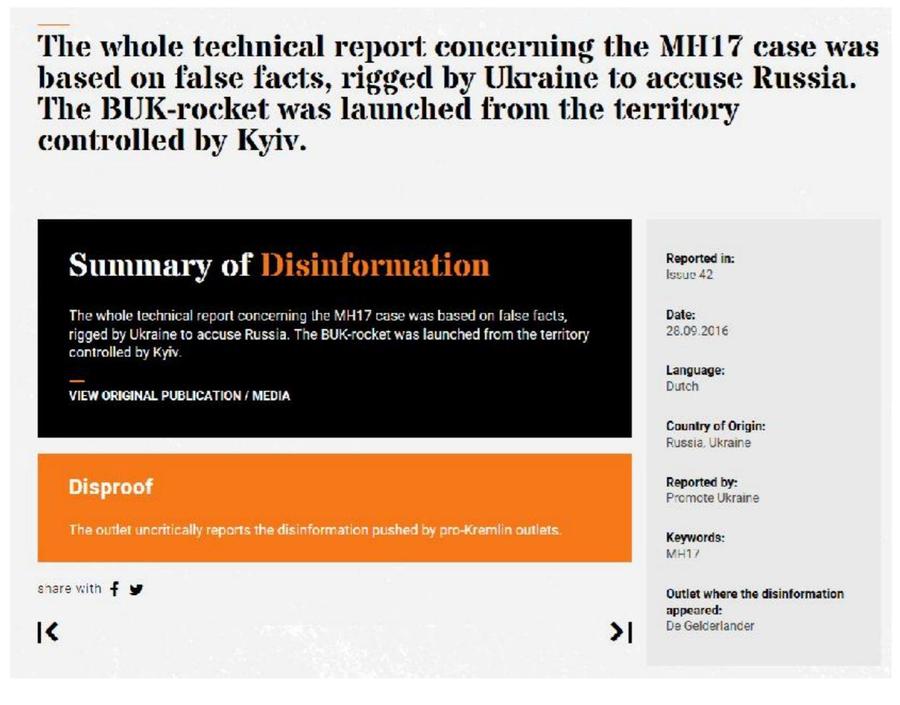 The paper claims they were just reporting what was being said at a press conference convened by the company that made the Buk-missile that was used to shoot down flight MH17 over Ukraine. According to the paper merely reporting what was said does not imply they stand behind it and they also point out other media outlets reported on the press conference without being labeled as disinformation.

TPO's part of the complaint took aim at the flimsy grounds on which one of their articles was labeled as disinformation:

They claimed the article in question was also merely reporting on what somebody else had stated and that they felt this did not deserve to be labeled as disinformation.

In the announcement of the lawsuit on their website GeenStijl states (translated):

"We will sue them all the way to the gates of hell", according to editor in chief P. Stift of GeenStijl. De Persgroep, who publish the presumed fake news newspaper De Gelderlander, and The Post Online will also join in this lawsuit to defend the free press. In The Netherlands it is the media that determines what it writes about and we do not want some government office to determine what is true and what is false.

We weren't able to locate an official response on the EUvsDisinfo site but we will be following this case with great interest.