Something weird appears to be going on with the sharing of links on Twitter to articles on the UK domain name blogspot.co.uk of Google's Blogspot/Blogger service. Blogger is one of the oldest blogging services around. It was created by Pyra Labs and got acquired by Google in 2003. Blogs published on the site end up on subdomains of "blogspot.com" but depending on which country visitors are coming from they get redirected to to a country-specific domain. For example if a Belgian visitor tries to visit someblog.blogspot.com he will end up at someblog.blogspot.be.

We were first made aware of the issue though this tweet (archived):

We decided to investigate for ourselves by trying to post a link to a subdomain on blogspot.co.uk that we made up for the test:

And indeed, we were unable to publish the link:

Next we simply changed ".co.uk" to ".com" and tried again:

This resulted in an actual tweet being sent out (which we have since deleted): 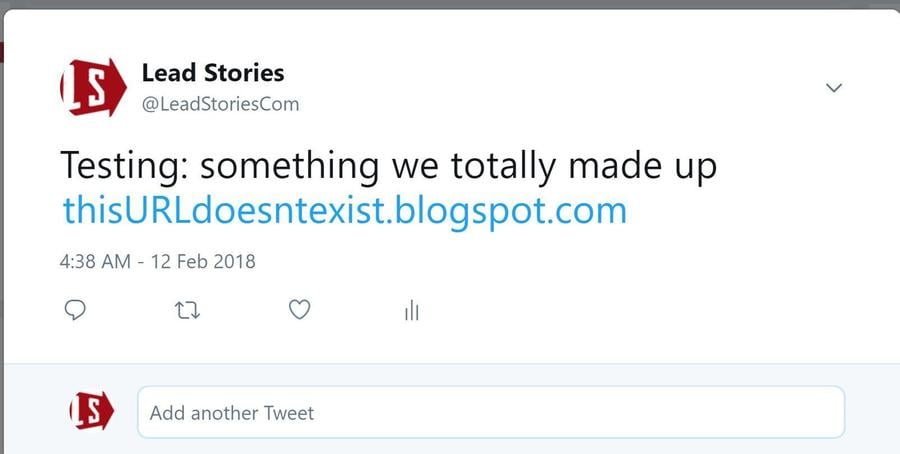 When we performed a search for "blogspot.co.uk" on Twitter we did find recent tweets that seemed to contain the subdomain in question:

Watch the dramatic moment our Lee-on-Solent Coastguard helicopter locates a man who had been missing since Sunday on the #IsleofWight today. Thanks to Ventnor and Bembridge Coastguards, @BembridgeRNLI and @HantsPolice who all joined the search #allsafe https://t.co/riYmupPR4F pic.twitter.com/tDH0klKvvn

But when we attempted to actually click the (URL shortened) link in the tweet it took us to a page that looked like this (archived here): 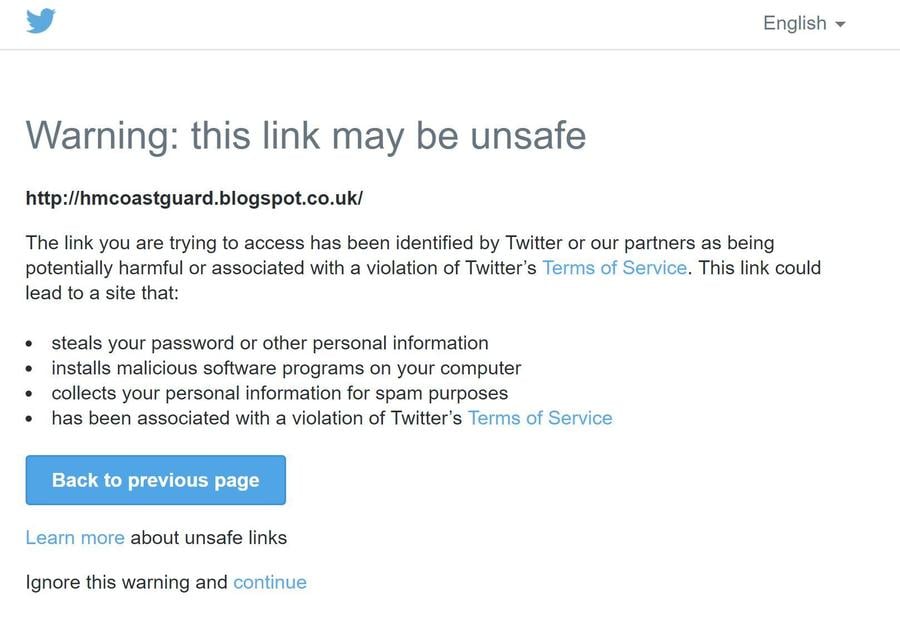 Warning: this link may be unsafe

The link you are trying to access has been identified by Twitter or our partners as being potentially harmful or associated with a violation of Twitter's Terms of Service. This link could lead to a site that:

Some UK Twitter users were already getting quite upset about this:

Twitter is today flagging ALL UK Blogspot websites as spam. Not https://t.co/9kncxXxDTi, just blogspot/co/uk.
Can someone from a newspaper give them a call? pic.twitter.com/xXbwwr7ida