Does a video show a female Trump supporter being beaten up by several African American men for wearing a MAGA hat? No, that's not true: the video that went viral via a tweet is part of a longer video of a fight that has been online since at least 2017 and the longer video shows the woman was not even wearing the hat (which also didn't have "Make America Great Again" on it).

The video went viral via a tweet published by Joel Fisher (@JFNYC1) on June 3, 2019 (archived here) with this text:

"Where is the outrage from the Media Elites? Female Trump supporter gets beaten for wearing a #MAGA hat https://t.co/qCxosllKBl"

Where is the outrage from the Media Elites?

And this is an embedded copy of the video:

The likely reason that "Media Elites" are not outraged is that it is hard to get excited about footage from an old fight that seems to have no particular political significance.

A longer version of the video (archived here) can be found on in a post on WorldStarHipHop (archived here) uploaded February 21, 2017 under the caption "Damn: Woman Tries To Save Her Man From Getting Jumped But Pays The Price!":

A closer look at the video reveals what is going on. The hat seems to belong to a gentleman attacking the woman from behind: 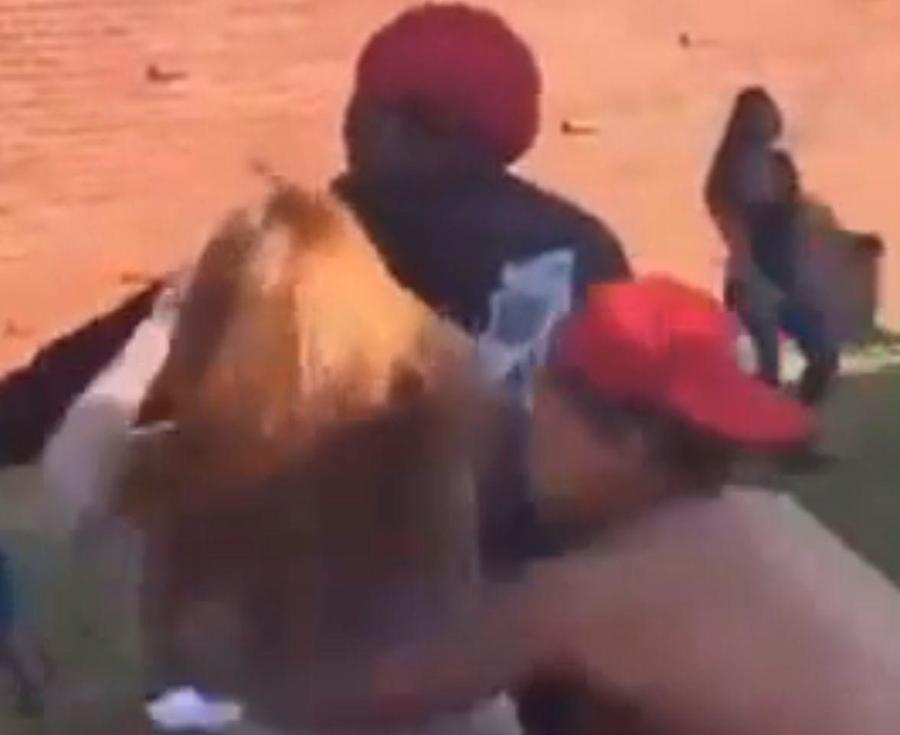 It doesn't even appear to be a "Make America Great Again" hat, instead it appears to have the number "10" on it: 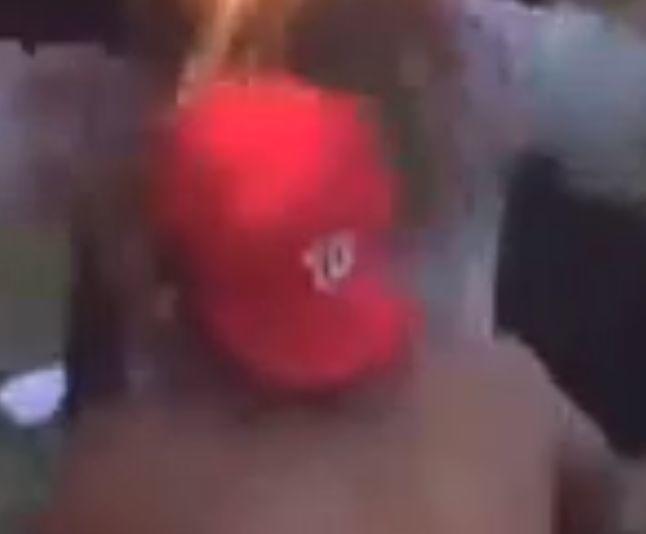 The man loses his hat in the fight and a few seconds later it briefly looks like the woman attempts to pick it up but instead she seems to be holding something that looks like a cellphone: 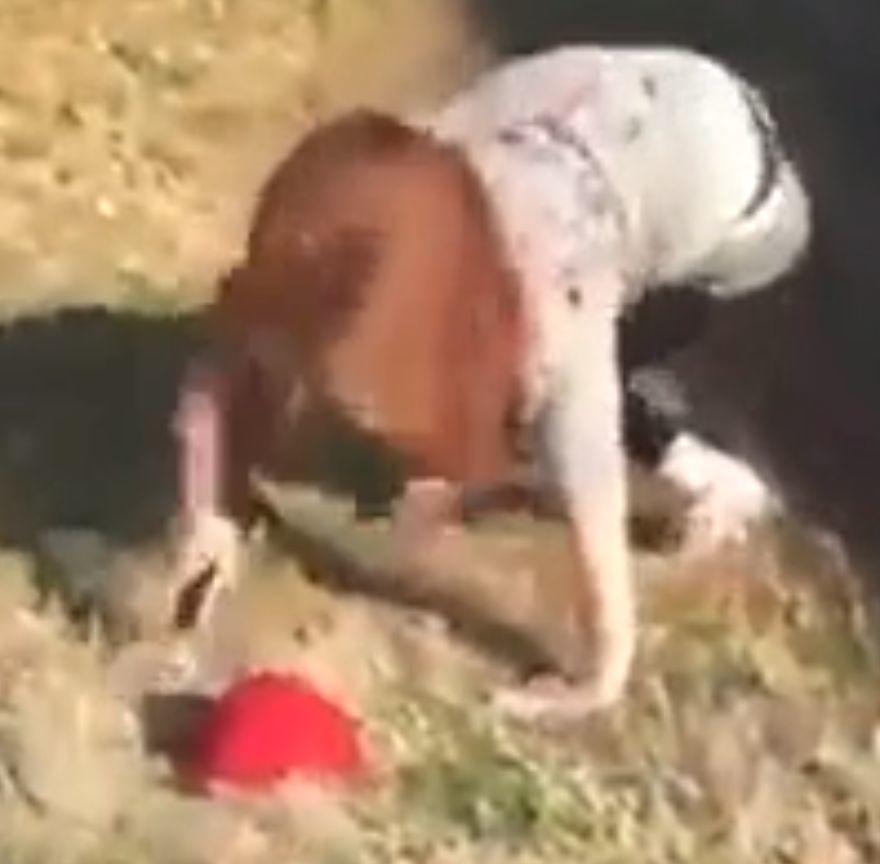 Finally the owner of the hat appears again and recovers his headgear: 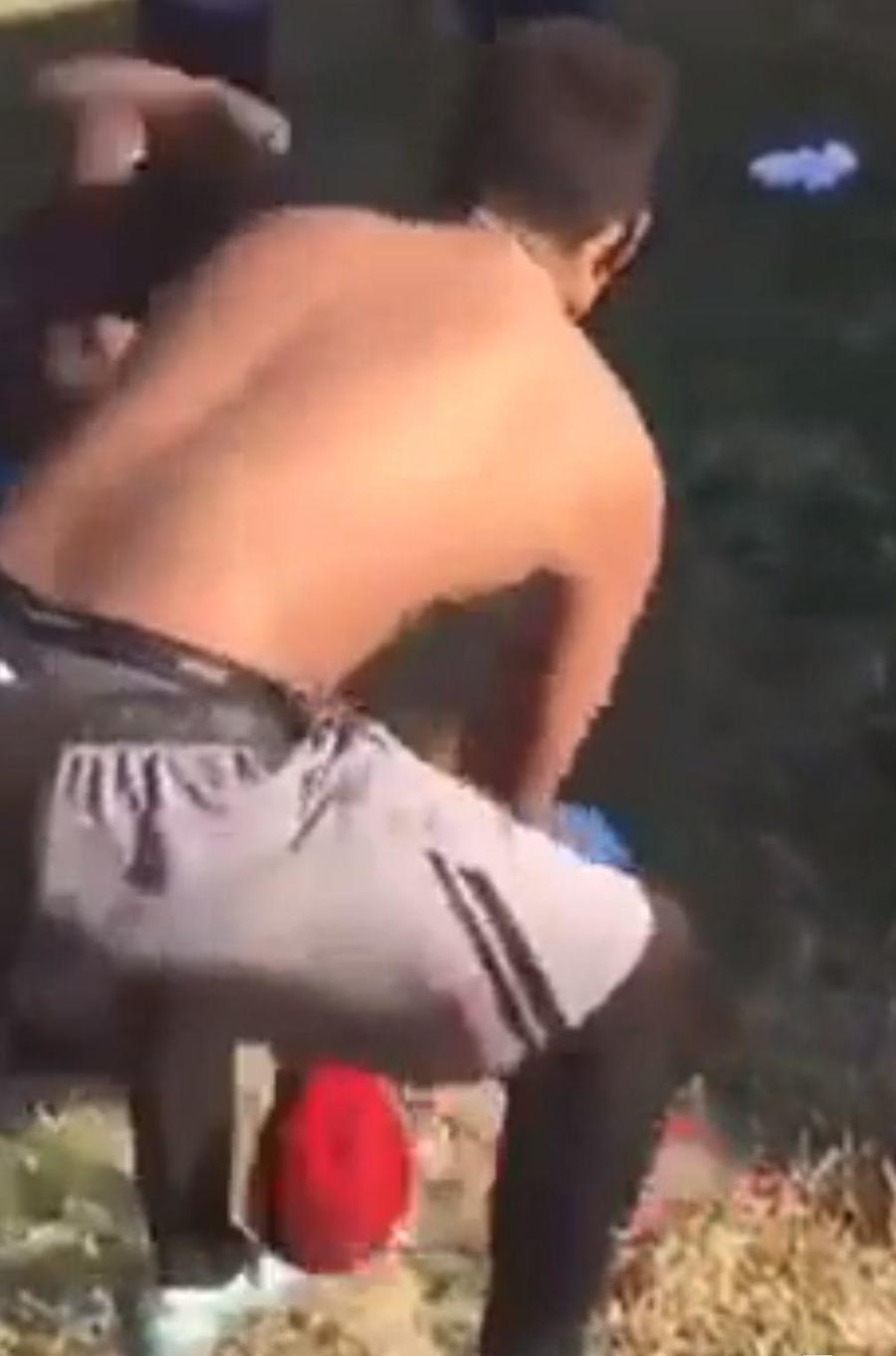 We have no idea who these people are or what the fight was about but it is definitely not a woman wearing a MAGA hat being beaten up.