Did actor Keanu Reeves steal a camera from some paparazzi guy and is there a picture of him running away with it circulating on the internet? No, that's not true: the miscaptioned image is actually footage from the set of the movie "Generation Um" in which Reeves' character steals a camera and is chased by people who are trying to get it back.

A photo of Keanu Reeves running away with a camera he took from a Paparazzi guy is currently my favorite photo on the Internet. 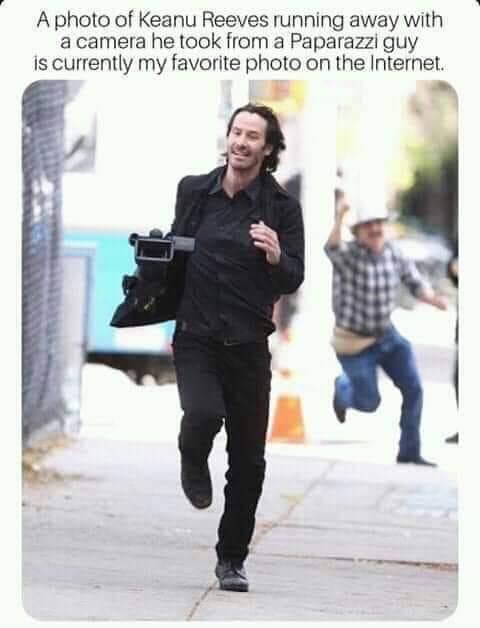 In reality the image is a set photo from the movie "Generation Um". Other photos from the set can be bought here at this stock photo site:

Reeves played the character "John" in the 2012 movie:

This appears to be the scene in question where the character takes the camera, although the viewing angle is different from the picture so it probably was a promotional or media image:

So no, Keanu Reeves is not a camera thief!