Did a New York City petition to rename a landfill after President Donald Trump get over three million signatures? No, that's not true: the story was put out by a satirical website and after it went viral many on social media believed or wished it was real, possibly because they confused it with the real story about a petition to rename a part of Fifth Avenue after Barack Obama.

The story originated from an article published by Alternative Facts on August 17, 2019 titled "A New York City Petition to Rename Landfill After Donald Trump Has Over 3 Million Signatures" (archived here) which opened:

NEW YORK, NEW YORK -- A petition making the rounds in the Big Apple has gained public attention, and has forced the hashtag #ObamaAve to begin trending on Twitter. With almost 300,000 signatures already, the petition seeks to rename the New York City street that President Donald Trump luxury skyscraper hotel and condominium building calls its home. Trump Tower's address puts the building on the city's famed 5th Avenue, but the petition asks that one square block of Fifth be redubbed "Barack Obama Avenue."

Mr. Obama himself has not weighed in on the proposed change, however the city officials who could make such a thing happen have already thrown cold water on the idea. Despite being Democrats, and not exactly fans of their home state's gift to the presidency, renaming the street has been taken off the table.

NEW YORK, NEW YORK -- A petition making the rounds in the Big Apple has gained public attention, and has forced the hashtag #ObamaAve to begin trending on Twitter. With almost 300,000 signatures already, the petition seeks to rename the New York City...

The story in the opening paragraphs is completely real, there was an initiative to rename the part of Fifth Avenue where Trump Tower stands to "Barack Obama Avenue":

Besides, Mr. Powers said, "I actually think Obama wouldn't like it." The petition to rename this part of Fifth Avenue was started a few months ago by Elizabeth Rowin, 56, an artist and retired legal secretary from Los Angeles who is currently in New York accompanying her husband, a filmmaker.

But the next part (about a different petition to rename a landfill) is completely made up:

As many could relate, it's hard to completely dampen the spirits of New Yorkers, though, and overnight a new, far more popular petition has been making the rounds.

"We have over three million signatures so far, and we've only been passing this petition around for a few hours, really," New York resident Katie Williamson told us today in a Skype interview. "That means so far three-quarters of New Yorkers want to rename one of our landfills as the Donald Trump Dump. It's hard to get New Yorkers to agree on what color the sky is, much less come together to put three million signatures on a piece of paper agreeing to rename something in the city. But that just shows you how much this city hates one of its most famous residents, doesn't it?"

Alternative Facts has a banner at the top of the site that proudly proclaims "Your Own Reality" and a message in the footer that reads "(C) ALTERNATIVE FACTS (ALL MATERIAL IS SATIRICAL IN NATURE, BILLY.)". On top of that there is also a disclaimer on their terms & conditions page:

Notice of Intent
This website is satirical in scope and intent. It provides fake news and social criticism in a satirical setting. If this offends you, you might want to consider doing something else with your time rather than looking at the Internet. Really, the quality of your life will improve dramatically. Our intention is not to fool anyone, but if you do get fooled, don't sweat it. Please have fun and lighten up and watch out for Snopes.com. We're not sure they've had all their vaccinations.

The intent might have been not to fool anyone but this story certainly did judging by several tweets and comments on social media from people who apparently fell for it:

I just shot my morning covfefe out my nose! ☕ YES! MUST BE DONE Obama drive in front of #TraitorTrump 's NY building and closest dump named Trump! Or how about the septic tank depository!! #trumpcrimefamily #putinsbitch #putinsapprentice #LockHimUp #RICO #RICO #RICO #RICO #RICO 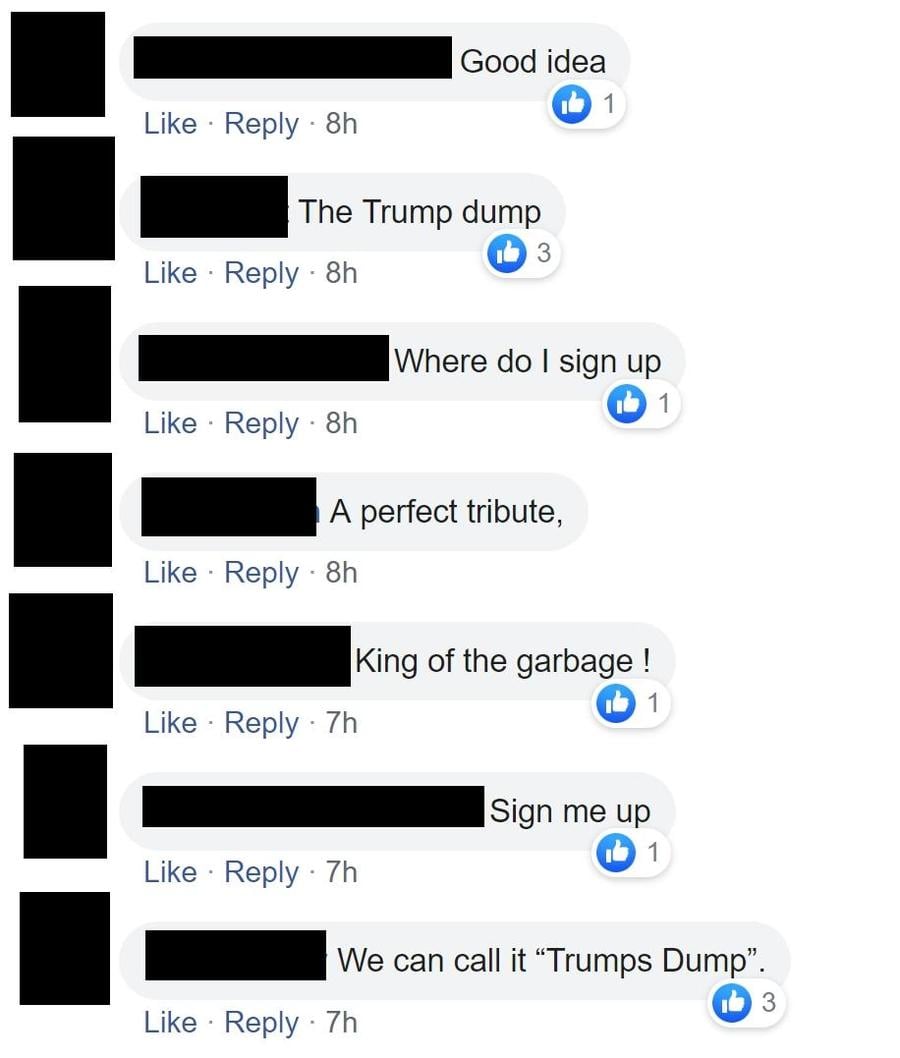 Yes we understand this is a joke but at the same time many people apparently don't so in accordance with our Satire Policy we are rating this story "Satire". Not for you (our smart readers) but for the people who only saw the headline and thought it seemed plausible enough.