Has marriage between humans and animals been legalized in Norway? No, that's not true: It is a hoax claim unsupported by sourcing and proven false by research. A photo purportedly showing a woman who married her doberman is a stock photo that has been used in several ads and web stories since 2011, well before the alleged human-animal wedding.

The story originated from an article (archived here) published on June 6, 2017 under the title "Norway: The Marriage Between Humans And Animals Is Been Legalised!!". It opened:

According to an article published in the Norwegian newspaper « Dagens Næringsliv » of March 10, 2017, as well as several sites, Norway Legalized marital unions between humans and domestic animals (bush animals and marine animals are excluded) .

Barbarä, a 23-year-old woman who was met by a team of journalists, would be the first to celebrate a zoocontractual union.
Barbarä Trüdlosmek seems delighted to introduce her husband: Rudolf, an abandoned doberman she found in an animal shelter In January 2015 and with whom she claims to be bound by a sincere and reciprocal love. They have already married.

The newspaper cited as the original source -- Dagens Næringsliv -- is a real business publication in Norway. We could find no such story on its website or elsewhere. This questionable article did not provide any links.

There is no reporting anywhere about Norway's government taking the dramatic step of making it legal for people to marry their pets.

The story includes a quote from the purported bride about the nature of her relationship with the dog:

Rudolf and I communicate in our own way. He understands what is going on and the importance of the union we celebrate, he did not understand it like you and I, certainly, but he understood it ... Besides, he had already chosen his best man: Caesar, a 12 months Yorkshire, who took his role seriously.

Another clue that this is a hoax (as if you needed it) is the photo of the purported happy couple: 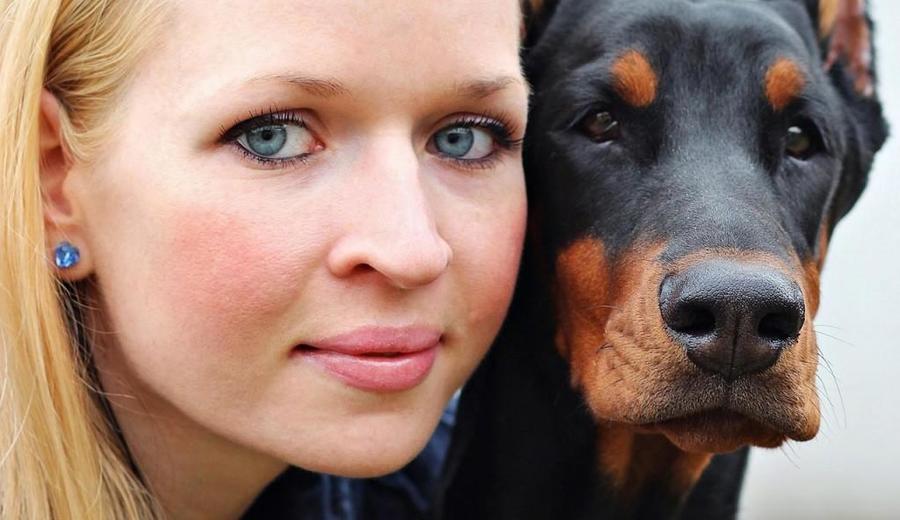 A reverse image search revealed many example of this same photo being used in articles and ads as far back as 2011 -- which would have pre-dated Rudolf's rescue by Barbarä by at least 4 years. An article titled "The Dangers of Not Worming Your Dog in Australia" published April 15, 2016 is one example.

It is a mystery why this old story began trending on Facebook on August 22, 2019 -- more than two years after it was initially shared. Many of the sites recently sharing it were religious pages such as "True Biblical Christians" and "Not ashamed of Jesus Christ." While we suspect the story was initially intended as satire (although it is not labeled as that), the messages added to the post suggested they were true believers. One site (see the example above) added a message suggesting it was a sign of the end times and the second coming of Jesus is near:

Luke 17:28 Likewise also as it was in the days of Lot; they did eat, they drank, they bought, they sold, they planted, they builded;

29 But the same day that Lot went out of Sodom it rained fire and brimstone from heaven, and destroyed them all.

30 Even thus shall it be in the day when the Son of man is revealed.

We can all relax a bit now that we know it is a hoax and the world is not necessarily ending.