Did actor Gary Sinise die aged 67? No, that's not true. The story was published by a liberal satire website that tries to fool Trump supporters and Republicans into sharing made up stories that are clearly marked as satire when you actually click them. Articles from the site are frequently copied by foreign-run fake news websites. The people liking and sharing these stories are enriching foreign website operators (or a liberal from Maine) via the ad revenue generated with the content which is probably not what they expected or wanted.

Actor, stalwart patriot, and champion of veteran's right, Gary Sinise died today of complications resulting from consumption of contaminants. The exact source of said contamination has not been definitively determined but the LA Medical Examiner's office was able to say that they were commonly found in shoe leather. How it is that Sinise would come to consume this is unknown but, according to police sources, foul play has not been ruled out. 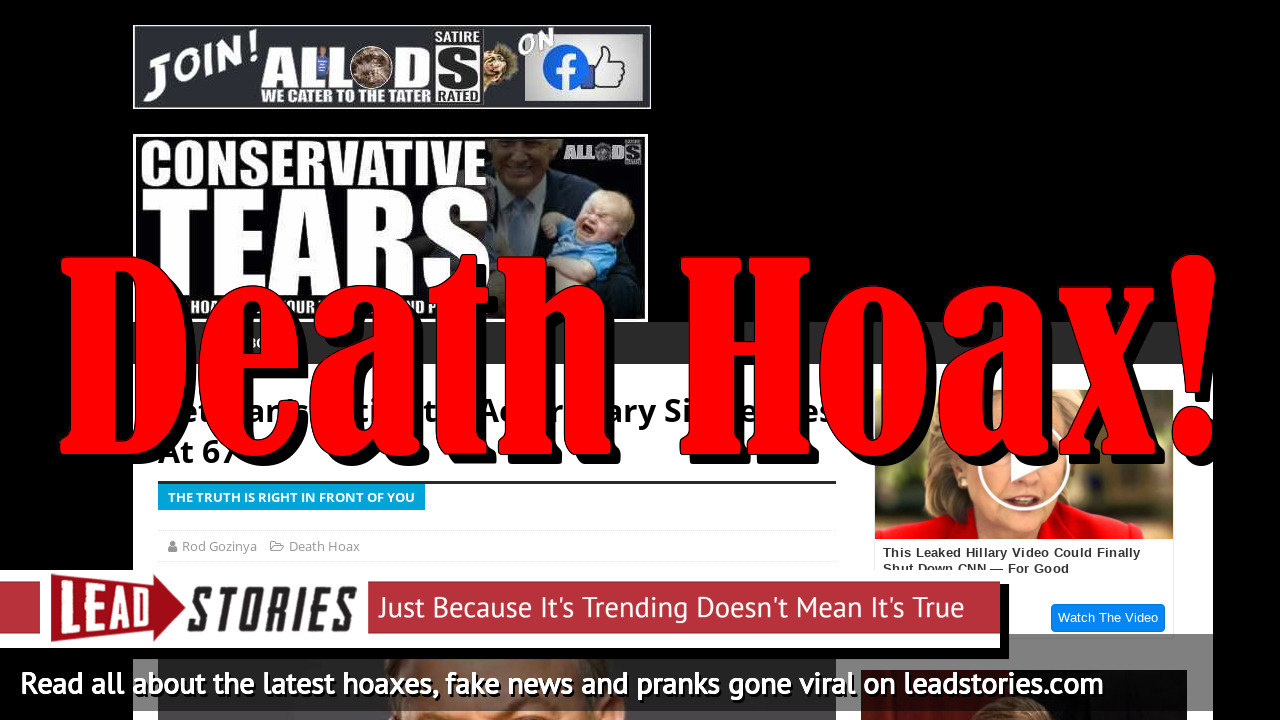 Actor, stalwart patriot, and champion of veteran's right, Gary Sinise died today of complications resulting from consumption of contaminants. The exact source of said contamination has not be...

The website that posted the "news" literally says "DEATH HOAXES FOR YOUR THOUGHTS AND PRAYERS" in the header and the Sinise story was published under a category named "Death Hoax". It also gets his year of birth wrong, which is 1955 and not 1956 as the image in the story suggests.

NewsGuard, a company that uses trained journalist to rank the reliability of websites, describes conservativetears.com as:

To the end, Gary Sinise pledged undying loyalty to President Trump and donated millions of dollars to both his initial election campaign and his bid for reelection.

Sinise has publicly criticized President Trump for his statements about John McCain:

Conservative Tears is part of the "America's Last Line of Defense" network of satire websites run byself-professed liberal troll Christopher Blair from Maine along with a loose confederation of friends and allies. Blair has been in a feud with fact checking website Snopes for some time now and has also criticized other fact checkers in the past who labeled his work "fake news" instead of satire. In reaction to this he has recently rebranded all his active websites and Facebook pages so they carry extremely visible disclaimers everywhere.

We wrote about conservativetears.com before, here are our most recent articles that mention the site: