Does Facebook support openly calling for assassination of Republicans that defeat Democrats? No, that's not true: a meme making that claim uses an image that has been found to be a forgery by fact checkers working with Facebook at the time it was originally posted. The banner in the original photo the meme was based on read "Trump makes America hate, our students make America great", it did not call for anyone to be assassinated. Facebook has policies in place that ban incitement to violence and that aim to reduce the spread of false news.

An example of the meme can be found in this post (archived here) where it was published on September 20, 2019. It contained an image of protesters holding a banner that appeared to read "Assassinate Republicans that defeat Democrats, Make America Great" along with a yellow caption that read "openly calling for Assassination" and a white one that went like this

Does this shit violate Facebook's liberal ambiguous bullshit on hate speech? This is what Facebook supports 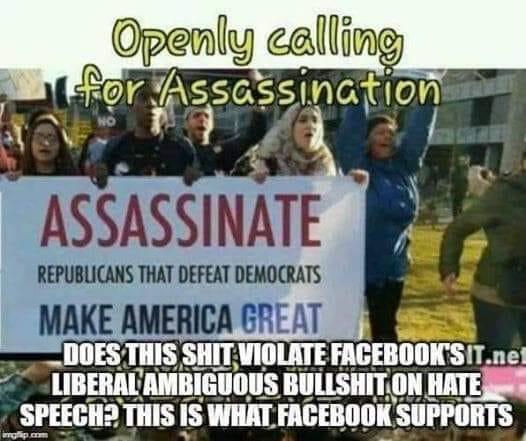 First of all, Facebook's Community Standards on hate speech do not apply here, since the definition they use does not include political affiliation:

Threats that could lead to death (and other forms of high-severity violence) of any target(s) where threat is defined as any of the following:

Content that asks or offers services for hire to kill others (for example, hitmen, mercenaries, assassins) or advocates for the use of a hitman, mercenary or assassin against a target.

So if you spot calls for assassination on Facebook, go ahead and report them and they should be taken down.

But this image also runs counter to Facebook's policy on "False News":

Reducing the spread of false news on Facebook is a responsibility that we take seriously. We also recognize that this is a challenging and sensitive issue. We want to help people stay informed without stifling productive public discourse. There is also a fine line between false news and satire or opinion. For these reasons, we don't remove false news from Facebook but instead, significantly reduce its distribution by showing it lower in the News Feed. Learn more about our work to reduce the spread of false news here. 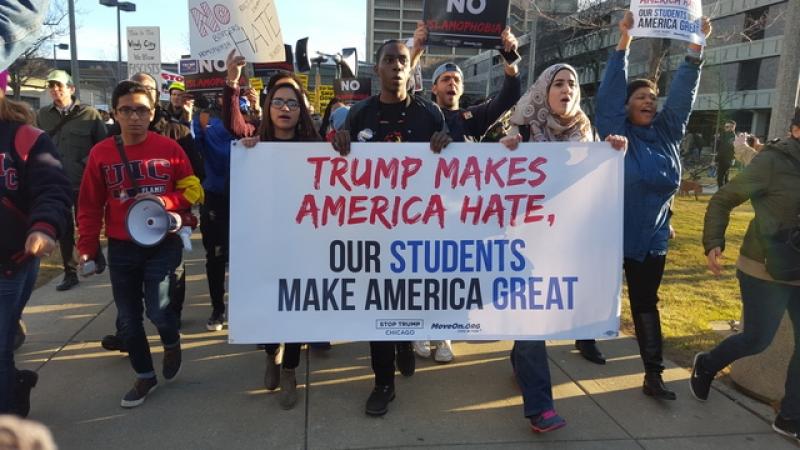 It was apparently taken at a 2016 rally in Chicago, you can see the same people and the same banner in a Tweet that was posted at the time:

Proud to be a #Chicago girl this morning after learning about the protests against #Trump in my hometown. pic.twitter.com/6hRPQffFra

Later it got digitally altered to add captions and a falsified slogan on the banner: 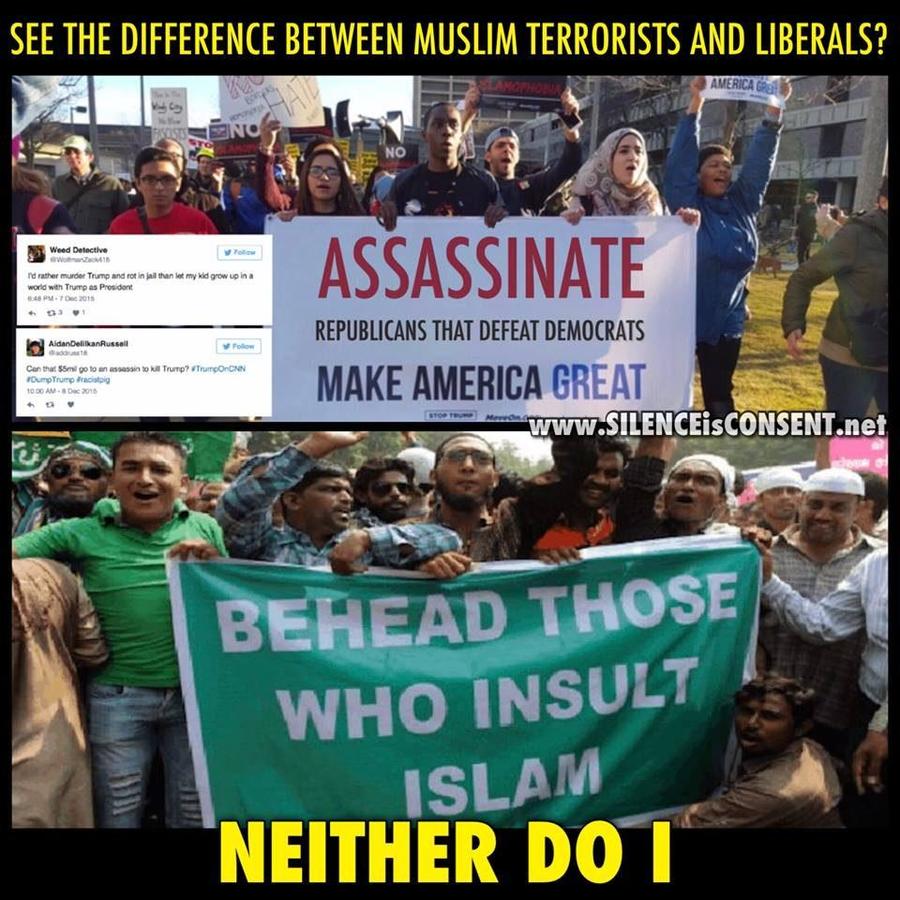 Then somebody cropped the image and added a different caption in yellow: 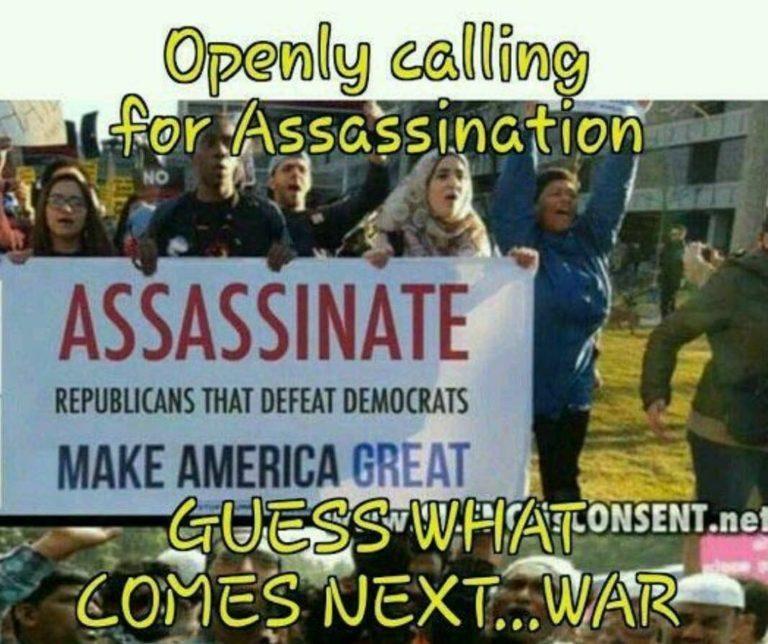 Those version of the image were fact checked and found to be false by Snopes in 2018, when they were still working with Facebook as part of their partnership with independent third-party fact checkers:

Did Anti-Trump Protesters Call for Republicans to Be Assassinated?

Hyperpartisan fake news and propaganda reached new inflammatory extremes during the 2016 presidential election, as one meme produced by the right-wing web site and Facebook page "Silence Is Consent" illustrates. The meme shows what appears to be left-wing protesters holding a banner which calls for the assassination of Republicans.

Yet here we are in 2019 and people are reposting this image with yet another caption layered over it. And as you can see we just added our own caption ("Layered Hoax") because we are now also part of the third-party fact checking partnership and it is our job to inform people about hoaxes like these.