The inspiration for the hoax may have been a newspaper report about the arrest of 13 people on sex trafficking charges in Statesboro, Georgia, which is more than 200 miles southeast of Atlanta, on November 15, 2019. There was no indication that any of the suspects drove for Uber or that the ride-share company had any connection to the case.

The claim was repeated in a video posted by Young Veterans Podcast YouTube channel on November 20, 2019 titled "13 Uber Drivers Arrested For Sex Trafficking In Georgia, ALLEGEDLY" (archived here) which opened:

In this episode, we discuss the arrest of 13 uber drivers in Georgia for operating a prostitution ring 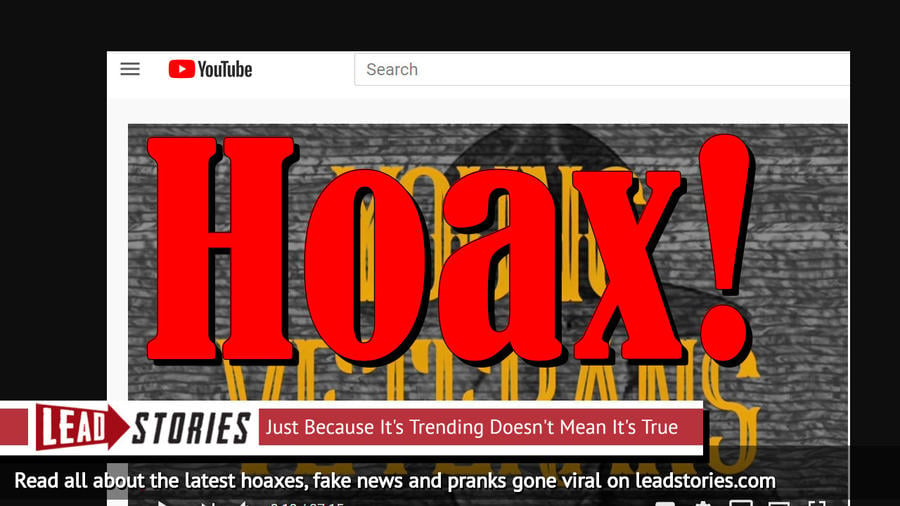 The host of the Young Veterans Podcast rambles on and on without any supporting evidence or details about the signifiance of the arrest of 13 Uber drivers. The video does pan across the newspaper report titled "Police: 13 arrested in undercover prostitution sting in Statesboro," which has no connection to Uber drivers.

The false claim also was shared virally on Facebook: 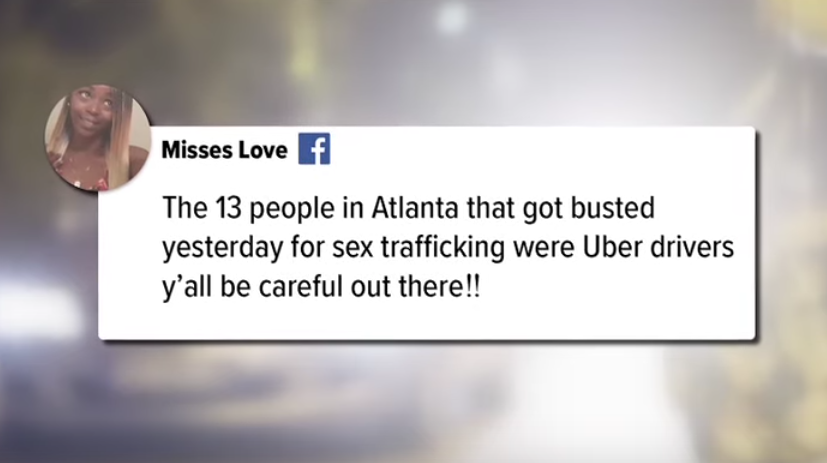 Atlanta TV station WXIA investigated the viral claim and concluded it was a hoax. This is a video posted on the WXIA website:

This is not the first instance of a viral hoax about Uber drivers being caught up in sex trafficking bust. When Uber's official Twitter account posted a tweet denying its drivers were arrested in Atlanta, it included a link to a story about a similar hoax in Massachusetts:

False info like this has circulated in other cities before (see article). Please DM us or contact Atlanta Police if you have a safety-related issue.https://t.co/lV0Ow30HQs