The video was posted on YouTube (archived here) on January 13, 2016 by a channel named Truthstream Media under the title "The Pope Wants You to Pray for a One World Religion". It was described like this:

This is the closest you are going to get to a commercial for the one world religion they want to enact.

PS - here's the original Pope vid: https://youtu.be/Nq7us5Lf5IU Funny they want to bring the world together to "have a discussion" but they've closed comments for the video. 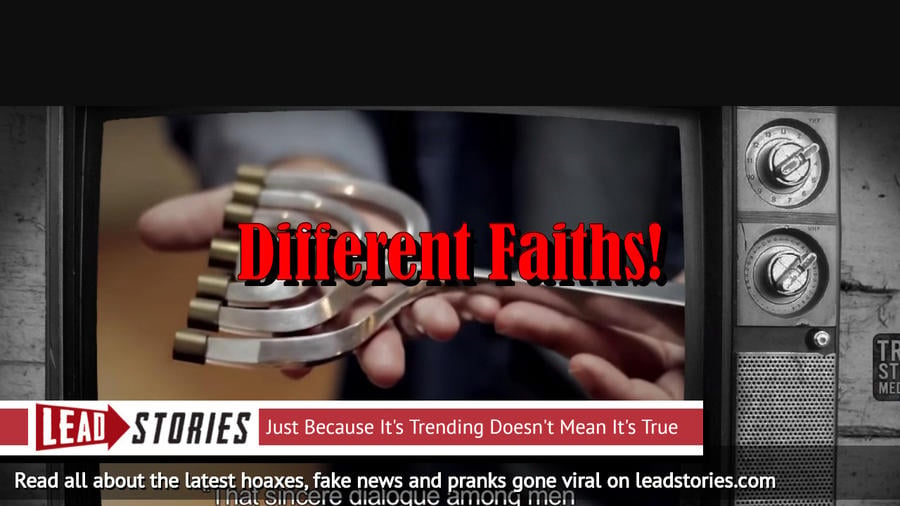 This is the video in question:

It starts off with various accusations against the United Nations and then claims the Pope put out a video asking his followers to pray for "everyone to unite under a One World Religion". The video then shows a montage of more fearmongering against the United Nations and at the end goes back to the claims about the Pope by showing some clips taken from a video put out by "The Pope Video" channel on YouTube in 2016, saying it is basically a "commercial for a One World Religion".

That video (originally at https://www.youtube.com/watch?v=Nq7us5Lf5IU) is now unavailable but you can still watch it at The Internet Archive, where we obtained following copy which was originally titled: "The Pope Video - Inter-religious Dialogue"

The channel "The Pope Video" is an official Vatican project described as:

The Pope Video is a global initiative of the Pope's Worldwide Prayer Network (Apostleship of Prayer) to spread the Holy Father's monthly prayer intentions related to the challenges facing humanity and the mission of the Church. Every month we accompany Pope Francis in his prayer requests.

This is the text of the subtitles of the video:

Pope: Most of the planet's inhabitants declare themselves believers. This should lead to dialogue among religions. We should not stop praying for it and collaborating with those who think differently.

Lama: I have confidence in the Buddha.

Rabi: I believe in God.

Priest: I believe in Jesus Christ.

Pope: Many think differently, feel differently, seeking God or meeting God in different ways. In this crowd, in this range of religions, there is only one certainty we have for all: we are all children of God.

Lama: I believe in love.

Rabi: I believe in love.

Islamic Leader: I believe in love.

Priest: I believe in love.

Pope: I hope you will spread my prayer request this month: "That sincere dialogue among men and women of different faiths may produce the fruits of peace and justice." I have confidence in your prayers.

Notice where we highlighted all the places where the Pope mentions different religions doing things differently and believing different things. That doesn't sound like "One World Religion" at all. And the prayer request is not for such a religion to be created or instituted, it is for a "sincere dialogue".

For a video from a channel calling itself "Truthstream" this clip certainly muddies the water with several unsubstantiated or outright wrong claims about what the Pope says that you can plainly see for yourself if you watch the original video (or even the clip from Truthstream itself, the title does not even match the Pope's actual words). 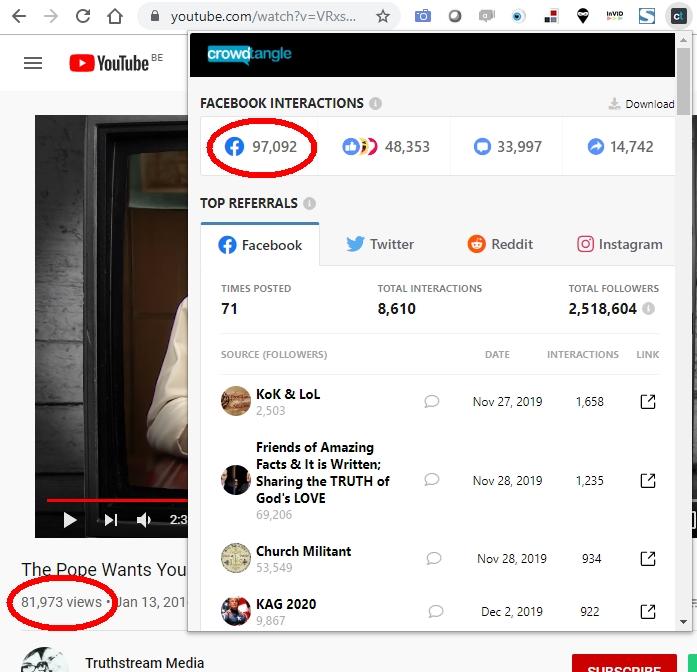