The false claim originated from an article (archived here) published by scarymommy.com in December 2018 under the title "Babies Born In December Are Extra Special (Science Says So)". It opened:

When I found out in March of 2010 that I was expecting and would be having a December baby, I worried for her. Christmas babies always got the shaft, didn't they? I feared that friends and family would lump her special day in with the other winter holidays, or forget it all together since everyone is so busy this time of year. And that when she was older no one would be able attend a Christmas-time birthday party in the midst of the holiday season.

But, it wasn't really up to me, and in December of that year, my little girl arrived. And she was pure and perfect.

The proud writer-mom goes on about how extra special her child is because she arrived in December:

And apparently, according to an article on Motherly, I can attribute much of her amazing qualities to exactly what worried me the most before she was born--being a December baby.

Motherly is another website that published an article titled "6 reasons December babies are special, according to science." Not surprisingly, none of the six "special" reasons were either special or scientific.

A study of Italian and Spanish university students found those born around December were significantly more likely to be morning people than those born in the summer. Other studies have shown that kids born this time of year tend to fall asleep earlier too (yay!).

The story linked to a study titled Season of birth modulates morningness-eveningness preference in humans which concluded after following college students in Italy and Spain that those born in the six months of fall and winter tended to rise earlier in the day and go to bed earlier in the evening than those with spring and summer birthdays. Even if that's special, it is a trait shared by 50-percent of everyone.

Research indicates there are academic benefits to being the youngest in one's class. It's hard to be the smallest one in kindergarten, but by the time they're applying for college, the youngest kids are actually outperforming the older ones.

The research cited is a 2007 study titled FIRST IN THE CLASS? AGE AND THE EDUCATION PRODUCTION FUNCTION which concludes the opposite since the younger students in a class benefit more than older children.

We find little evidence to support the hypothesis that there are benefits to being relatively mature at the start of school. Children who are more mature relative to their kindergarten classmates appear to lose out along every observed dimension: they score worse on achievement tests, both at the end of kindergarten and in middle school, are more likely to have been retained in grade by middle school, and are less likely to take a college-entrance exam, though the latter effects are estimated less precisely. Thus, our findings suggest, on net, positive spillovers from having more mature classmates in kindergarten.

This means December babies are disadvantaged. Most U.S. school systems require a child to turn five by September 1 in order to enroll in Kindergarten, which means that Deember babies would be three months shy of their sixth birthday. August babies are the "extra special" ones since they can start school within days of their fifth birthday.

Census researchers in the UK found December born babies are the most likely to grow up to work as dentists, according to The Guardian. It's never too early to start teaching your baby about oral health!

The Guardian newspaper also reported that August babies are more likely to become president of the United States and those with June birthdays are more likely to grow up to lead companies as chief executives. While it would be nice to get a discount on teeth cleaning, it might be extra special to spend holidays at the White House or at your CEO daughter's Aspen ski lodge.

December-born boys are more likely to be left-handed, according to research out of the University of Vienna. A study of 13,000 adults revealed, 7.5% of women and 8.8% of men were left-handed. When they looked at the male birthdates, researchers found most left-handed men were born between November 1 and January 1.

The Vienna study titled Latent variable analysis indicates that seasonal anisotropy accounts for the higher prevalence of left-handedness in men concluded that men (not women) born in November, December, or January had a higher chance of being lefthanded:

We found clear evidence of a surplus of left-handed men born during the period November-January, which is consistent with predictions from the Geschwind-Galaburda theory.

Even if being left-handed makes a baby "extra special," it only applies to about 8-percent of the males born in December and it is an honor shared with those November and January boys. We are not impressed.

Those born from December 1 to December 21 fall under the Sagittarius sign and are said to be extroverts who like travel. From December 22 to 31 you're a Capricorn, determined and helpful.

Without debating if it is "extra special" to be an extroverted traveler or determined and helpful, we will just note that astrology is not science.

Christmas-time babies have been noted as having the best statistical chance of living beyond 100 years old.

The story links to a real study published by the Journal of Aging Research titled Season of Birth and Exceptional Longevity: Comparative Study of American Centenarians, Their Siblings, and Spouses. You may not be surprise to learn that the research actually concluded that it was not December babies who could be more likely to live to 100 years of age:

We found significant associations between month of birth and longevity: individuals born in September-November have higher likelihood of becoming centenarians compared to March-born individuals.

This chart from the study shows where December babies fall in this category -- somewhere in the middle and not so "extra special." 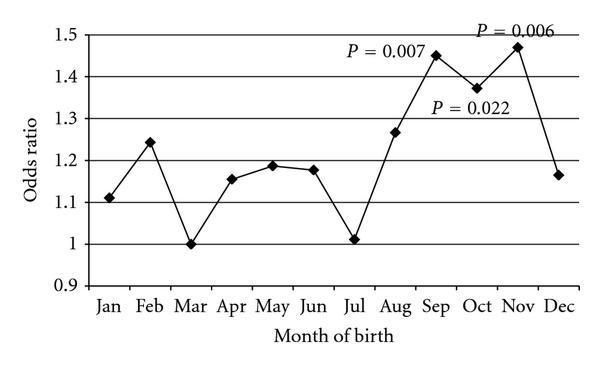 The stories that make these claims may make moms of December babies feel good, but it is not science. It is more like clickbait.

NewsGuard, a company that uses trained journalist to rank the reliability of websites, describes scarymommy.com as:

We wrote about scarymommy.com before, here are our most recent articles that mention the site: