Did the eight largest Dow Industrial Average drops all occur under President Trump's watch, with the historic slides happening since early 2018? No, that is a misleading claim that doesn't take into account that financial markets movements are defined in terms of percentage changes. But yes, when measured by the number of points lost, the meme is true. Some of the largest percentage drops have happened during the Trump presidency - as have some of the biggest gains - but others have happened under other presidents.

The claim, which is viral, surfaced in a meme (archived here) on Facebook by user Sick of the Slant - A Fair Look at the News of the Day on February 27, 2020. It read:

The drop came two days after MarketWatch wrote on February 25, 2020:

A bona fide selloff took hold Monday on Wall Street after investors spent weeks attempting to come to terms with the potential impact of the COVID-19 outbreak as it spreads in countries outside of China, notably Italy and Iran, threatening to dent global supply chains and economies.

None of these drops happened under Trump, who took office on January 20, 2017, when the Dow was at 19,827. The Dow was at 7,550 when Obama took over. In fact, the Dow 30 Industrials had more record high closes under Obama than with Trump - 118 versus 117. While it is true that Trump has only been in office for three years compared with Obama's eight, Obama's market had to recover from the Great Recession and its impact on stock prices.

See the below graphic from Forbes showing the market during the two presidencies: 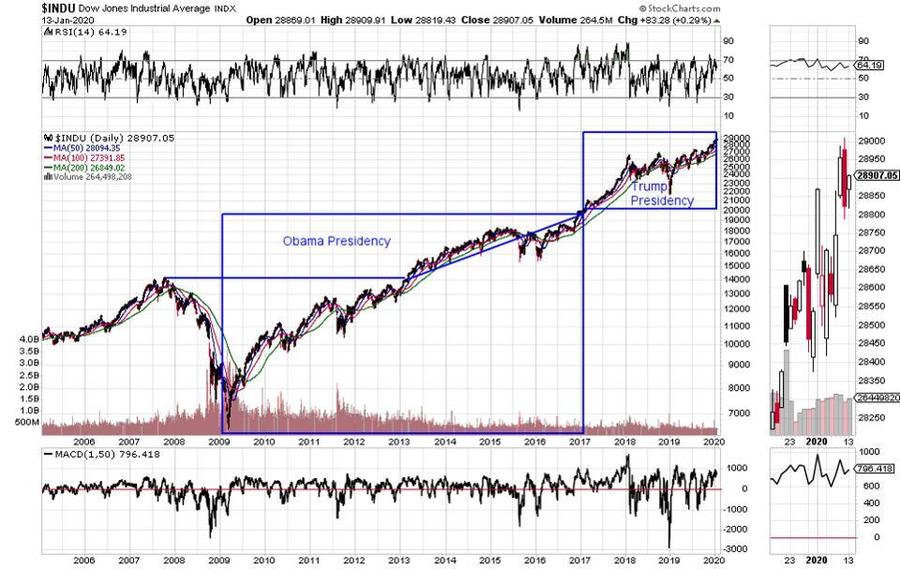 For the most recent point and percentage gains, readers can check out indexology from February 28, 2020. Here are charts using their most up-to-date information on the gains and losses for the Dow Jones Industrial Average. 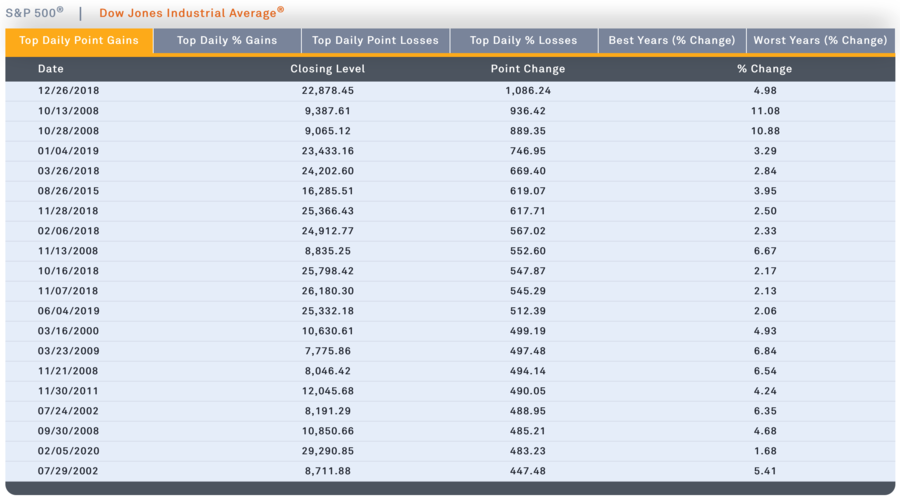 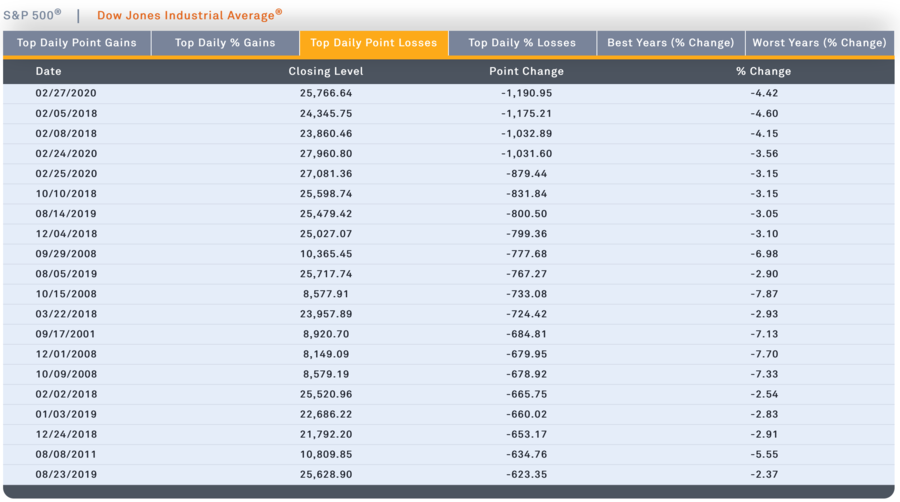 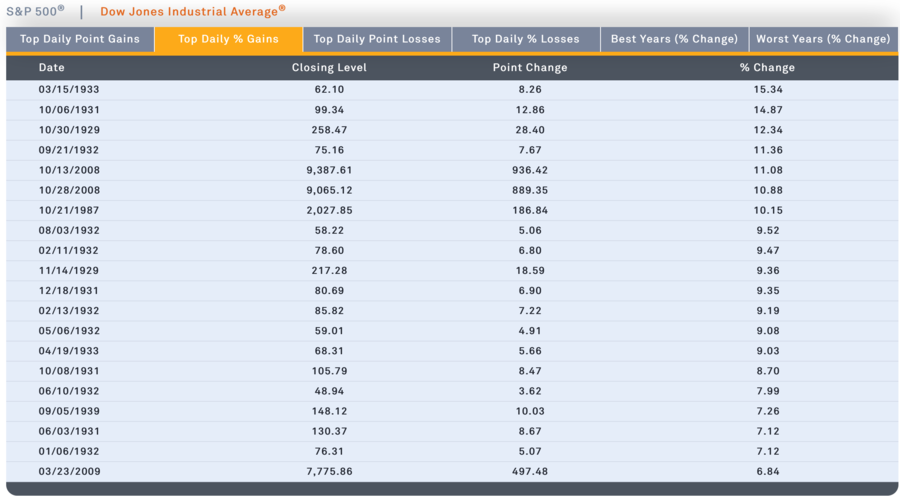 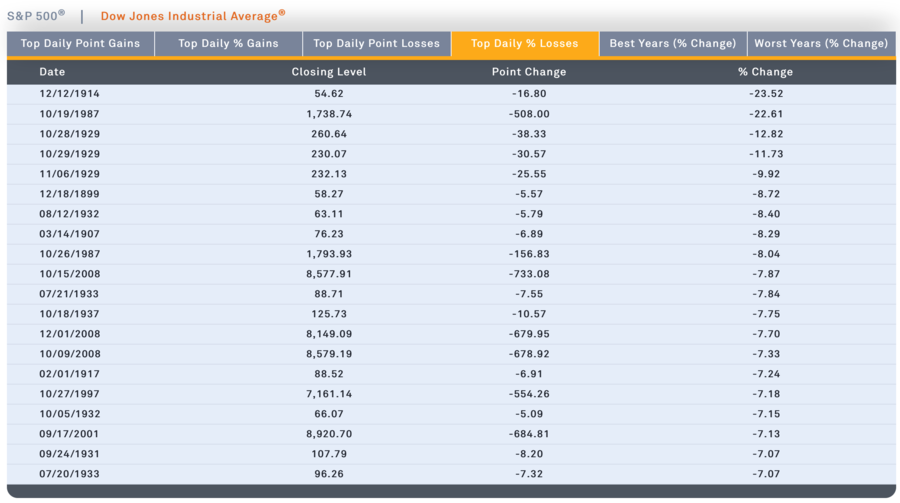 On fears of the coronavirus and its impact on supply chains, as well as the overall economy, stocks continued their drop early Friday, February 28, 2020. According to The Wall Street Journal:

Stock markets around the world extended a punishing selloff Friday, dragged toward their worst week since the financial crisis by mounting investor unease about the economic fallout from the coronavirus epidemic.

Here is their graphic showing showing the Dow performance since February 20, 2020. 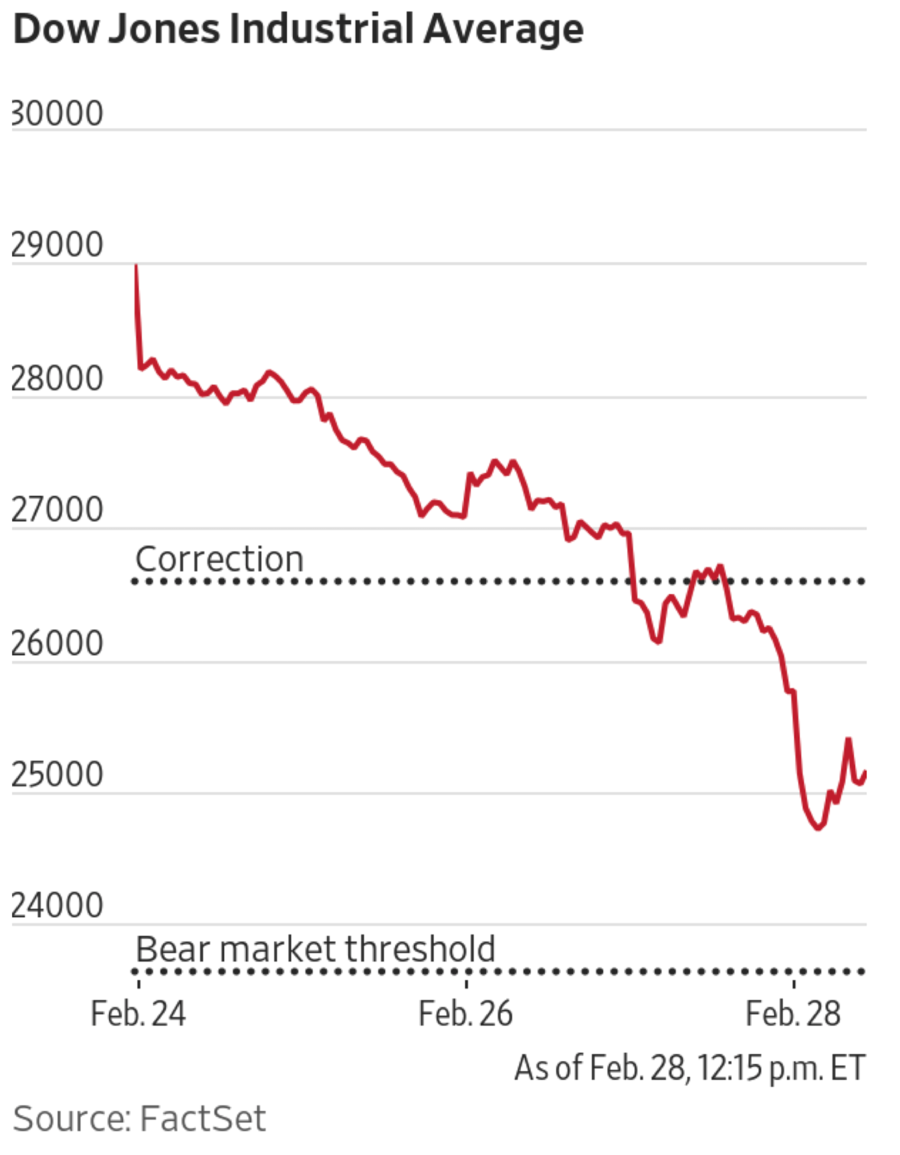 Here is the Wall Street Journal's graphic at the close of Friday's trading session, ending the worst weekly stretch since 2008. 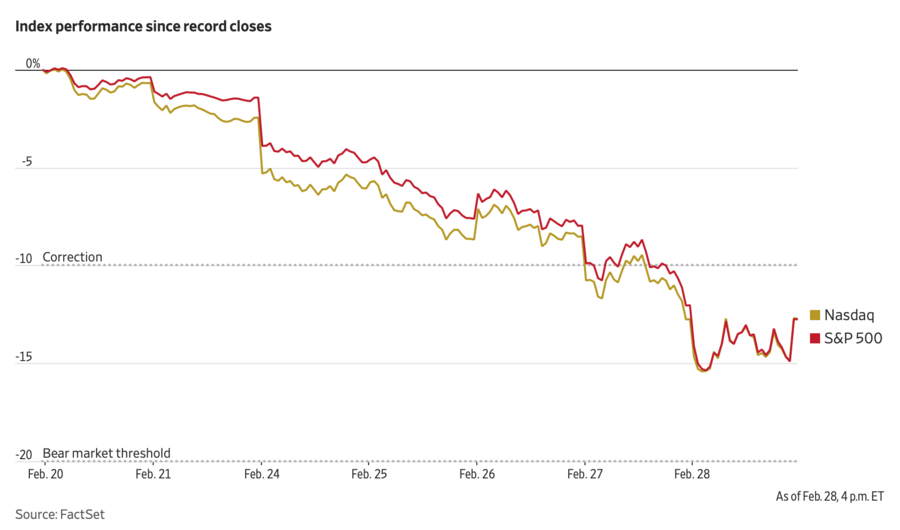