Did the federal Immigration and Customs Enforcement Agency arrest an undocumented citizen working at California's drivers' license facility who illegally registered thousands of voters? No, that's not true: This claim was published on a satire site and copied and republished by others sites who failed to note the satirical nature of the original. This did not happen. ICE made no such raid, and no such person was arrested.

The claim originated from an article published by Daily World Update on February 16, 2020, titled "Caught By I.C.E. - Illegal DMV Employee Who Registered Thousands of 'Voters'" (archived here) which opened:

It certainly seems like President Trump's most recent I.C.E. push has started off with a bang - one that may effect California's voter rolls. The agency has confirmed that an undocumented citizen was arrested this morning leaving her workplace, an office of the Department of Motor Vehicles. According to preliminary interrogators, Maria Alonso Esteban Papasfritas has already registered thousands of applicants to vote in the primaries and 2020 general election. 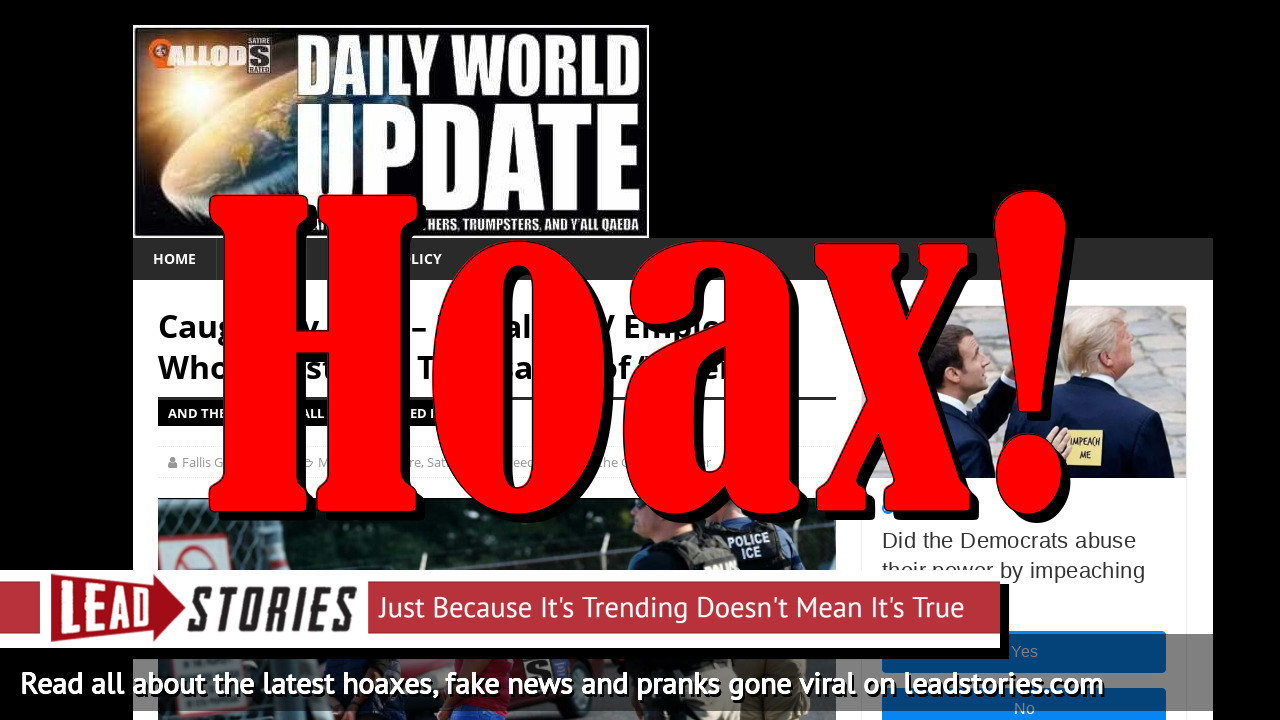 The undocumented woman had been in the US for six years. Six.

The owner and main writer of the site is self-professed liberal troll Christopher Blair, a man from Maine who has made it his full-time job to troll gullible conservatives and Trump supporters into liking and sharing his articles. He runs several other websites, including wearethellod.com, bustatroll.org or bebest.website. Sometimes, he is also known under his nickname "Busta Troll". A second man working on the sites is John Prager as revealed in this earlier story we wrote.