Did Microsoft founder Bill Gates pen an open letter about COVID-19, saying it was "sent to remind us of the important lessons that we seem to have forgotten?" No, that's not true: The letter is fake, and The Sun newspaper retracted a story about it, according to published reports.

The article published by The Sun on March 23, 2020, entitled "WE ARE ALL CONNECTED: Bill Gates says coronavirus reminds us we are equal in powerful open letter" (archived here) began:

"MICROSOFT founder Bill Gates has released a powerful message about what we can learn from the Coronavirus pandemic sweeping the globe." 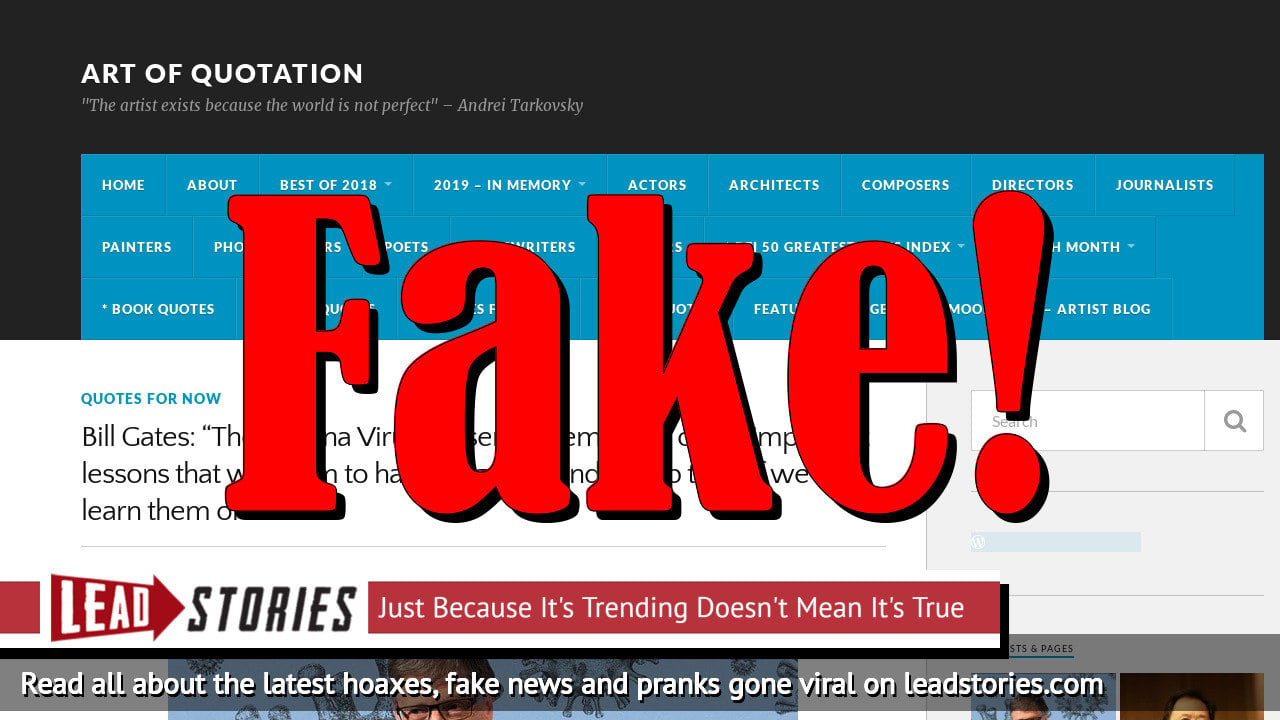 The article was pulled down by The Sun, which noted in its URL that it was removed for legal reasons. The story was picked up by other sites, including Art Of The Quotation, (archived here):

Lead Stories was contacted on March 27, 2020, by a man who claimed to be the original author of the piece, which he said he posted on Facebook on March 18, 2020 (archived here). Here's how the post by Mohammed Ali read, in part:

What is the Corona/ Covid-19 Virus Really Teaching us?

I'm a strong believer that there is a spiritual purpose behind everything that happens, whether that is what we perceive as being good or being bad.

As I meditate upon this, I want to share with you what I feel the Corona/ Covid-19 virus is really doing to us:"

(You can read the rest of the post here.)

"It went viral and somewhere along the line, my name was not mentioned and someone said it might have been written by Bill Gates, which then became stated as it was written by Bill Gates (even though many people who shared it still questioned that he wrote it)," Ali told Lead Stories in the email. "This post was not written as a hoax or a spoof, it was a genuine message."

But this is what most users on social media saw: 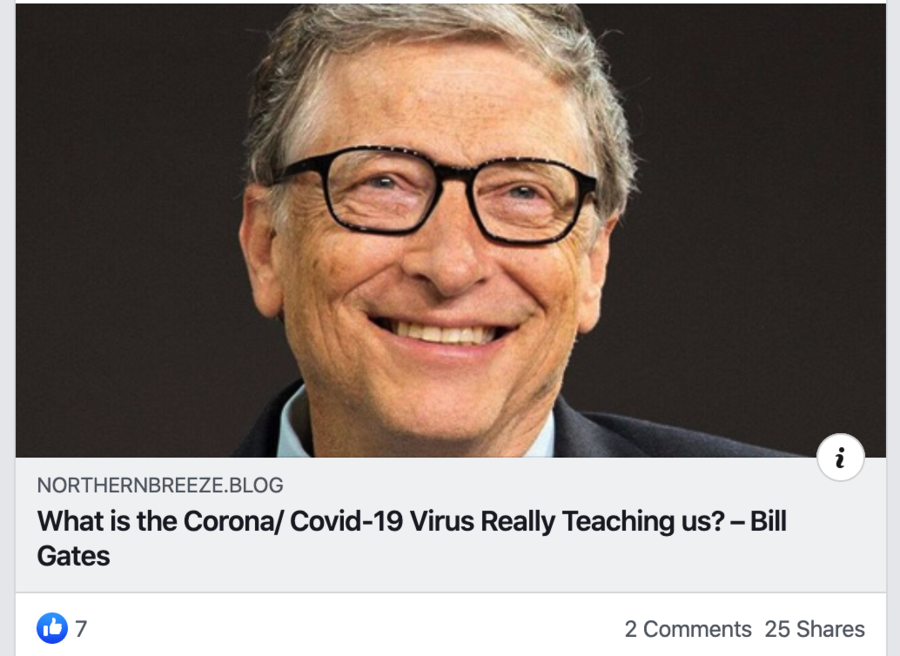 The supposed letter continued, in part, as published by Northern Breeze:

I'm a strong believer that there is a spiritual purpose behind everything that happens, whether that is what we perceive as being good or being bad. As I meditate upon this, I want to share with you what I feel the Corona/ Covid-19 virus is really doing to us:

1) It is reminding us that we are all equal, regardless of our culture, religion, occupation, financial situation or how famous we are. This disease treats us all equally, perhaps we should to. If you don't believe me, just ask Tom Hanks.

The Sun did not respond to email and telephone inquiries from Lead Stories about the article, and the Bill and Melinda Gates Foundation declined to comment on the record.

The Independent, a UK-based news organization, was among the first to publicly debunk the story, saying the bogus message is believed to have begun circulating this week in email and WhatsApp groups.

It also quoted an unnamed Sun spokesperson as saying, "In the heat of events yesterday, The Sun online mistakenly published a spoof story which was doing the rounds on email. The story has now been removed."