Did President Trump post a tweet blaming President Obama for failing to prepare him for a pandemic and celebrating that there are still more people alive than dead? No, that's not true: this is a fake tweet. The president never wrote this.

It is unbelievable that President Obama criticized me for the coronavirus virus response. He had 8 years to prepair the next president for a pandemic and he failed.I have done a tremendous job. There are still more people alive then dead!

Here is a screenshot of the post, in case the original is deleted: 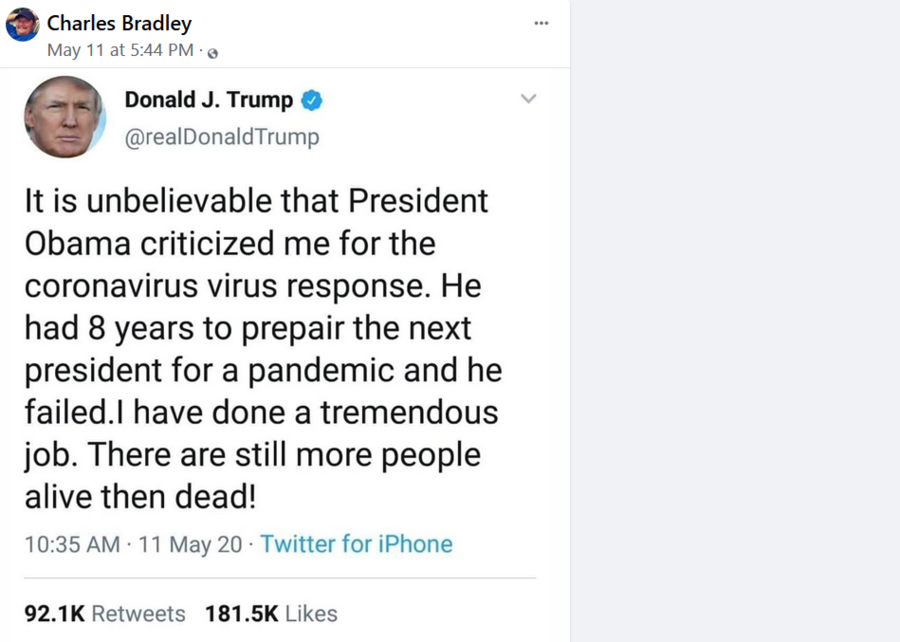 There is an archive of all of the tweets from President Trump called Trump Twitter Archive. It can be searched by keywords as well as by date. The tweets are compiled in order down to the minute and second. The Trump Twitter Archive (here) has no record of a tweet from President Trump at the time matching the fake tweet's timestamp, (10:35 AM 11 May 2020). Here is a screenshot of the archived record of the president's tweets from that morning. 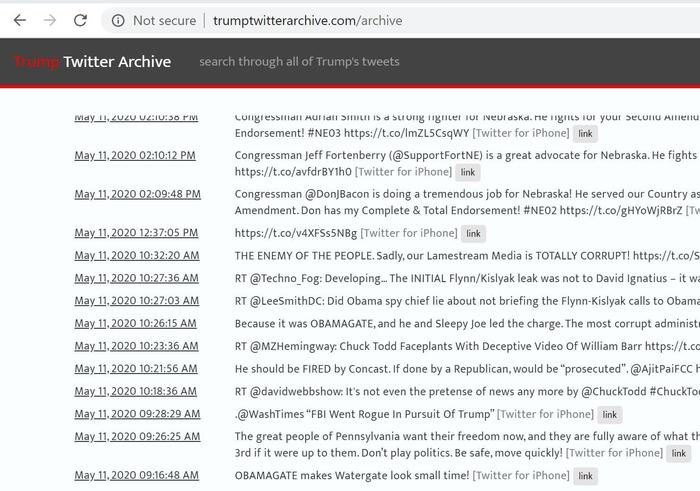