Does ProtestJobs.com connect professional protesters with paying customers? No, that's not true: The website (archived here) created in February 2017 is a parody site, although its sleek professional design featuring a bullhorn logo, package promotions, testimonials, and a feedback form may fool many visitors.

The ProtestJobs.com Twitter account posted this message Sunday, May 31, 2020, just as thousands of protesters angry about the death of George Floyd in Minneapolis were confronting police in cities across the United States. It read:

I want to thank everyone for all the hard work they have been putting in during these uncertain times. Together we make it through this one protest at a time.

I want to thank everyone for all the hard work they have been putting in during these uncertain times. Together we make it through this one protest at a time.

The testimonials on the website feature two fictional paid protesters and one fictional satisfied rally organizer. These are intended to be funny and the pictures all came from stock photo collections, confirmed with a reverse image search. 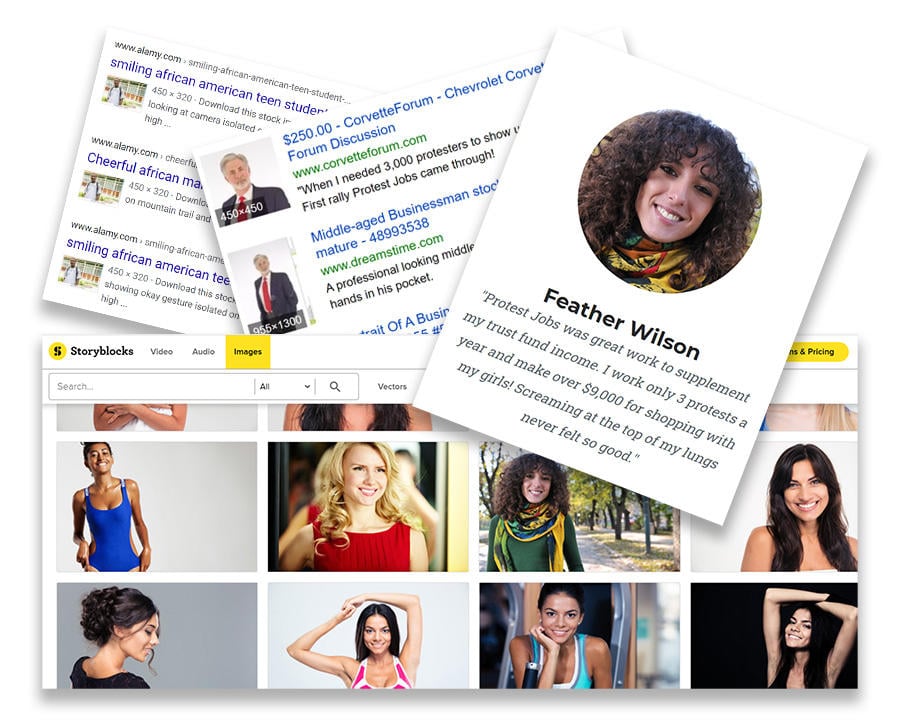 One testimonial from William Thornton III (or Middle-aged Businessman stock photo. Image of mature - 48993538) has a glowing endorsement:

When I needed 3,000 protesters to show up at my America First rally Protest Jobs came through! Everyone I know has a full time job and couldn't take off work. Thank you Protest Jobs!

A whois search shows the ProtestJobs.com domain was registered on February 2, 2017. An email address once associated with the website matches the Twitter account of a person who modestly claimed responsibility for making the site in the days after the site was registered. (archived here)

The things I waste my time doing...https://t.co/7sUzW1BZ7K