Did Melania Trump wear a dress to the Mount Rushmore event on July 3, 2020, that featured drawings made by young sex trafficking victims? No, that's not true: The first lady's dress features sketches by university students from a London arts school taking part in a project at the Alexander McQueen store in London. There is no connection between the students and sex trafficking.

The "DANCING GIRLS ASYMMETRIC MIDI DRESS" is part of the Alexander McQueen Spring 2020 collection is made of 100-percent linen and you can buy it for $3,840. It is described as: 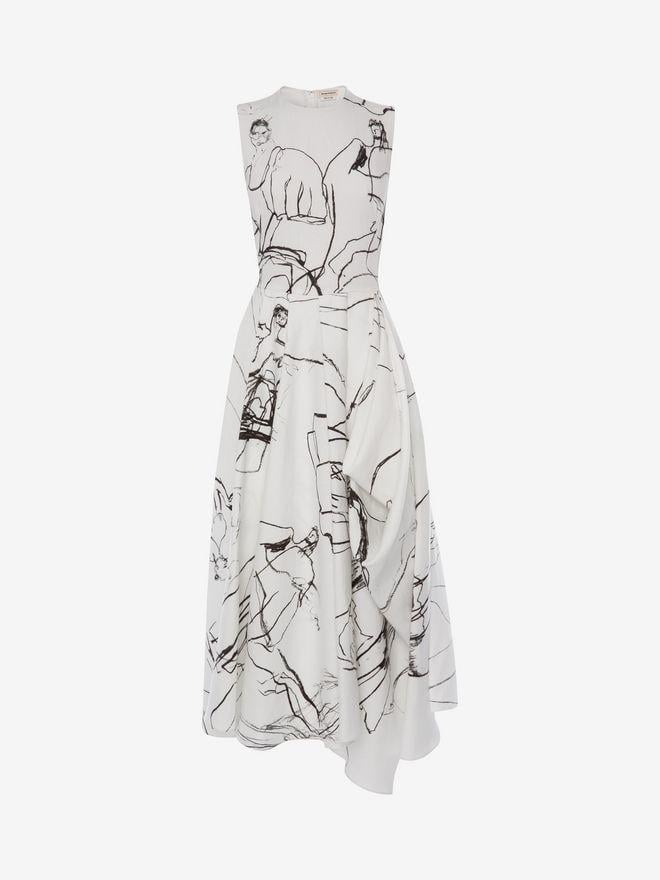 The dress was "Look 10" in the Alexander McQueen Spring Summer 2020 show notes:

PaperMag.com published an exclusive report on the process:

The students' dancing girl sketches were done on long white sheets during a life-drawing class led by Fashion Illustrator Julie Verhoeven at the brand's flagship store in London.

The article include a photo of the art students collaborating on the sketches: