Is it true that President Trump is the only U.S. president to simultaneiously hold records for the biggest stock market drop, the highest national debt, the most members of his team convicted of crimes, and the most pandemic-related infections globally? No, that's not true: Trump does not hold "records" for all of these things, as other presidents have racked up worse tallies in some of these areas.

The claim appeared in a post (archived here) on Facebook from August 11, 2020, on the "Left Action" group page with introduction text "He really is #1!" The meme read:

FUN FACT: Donald Trump is the first President in the US history to simultaneously hold records for the biggest stock market drop, the highest national debt, the most convicted team members and the most pandemic infections in the world, all in his first term

The first claim that Trump holds the record for largest stock market drop is technically true, but is missing context. On February 27, 2020, the Dow Jones Industrial Average suffered its largest single-day point drop in history as fears over the coronavirus took a toll on the market, but the single-day percentage loss was recorded when Ronald Reagan was president. From The Associated Press in a story the next day:

So, by points, it was the largest one-day fall in the history of the Dow. However, by percentage, it was not the biggest slide, as Lead Stories explained in this story: Fact Check: Eight Largest Dow Jones Drops In Absolute Numbers Did Happen Under Trump; But They Were NOT Largest By Percentage.

Statisa gives this picture of the largest single-day losses in history on the Dow: 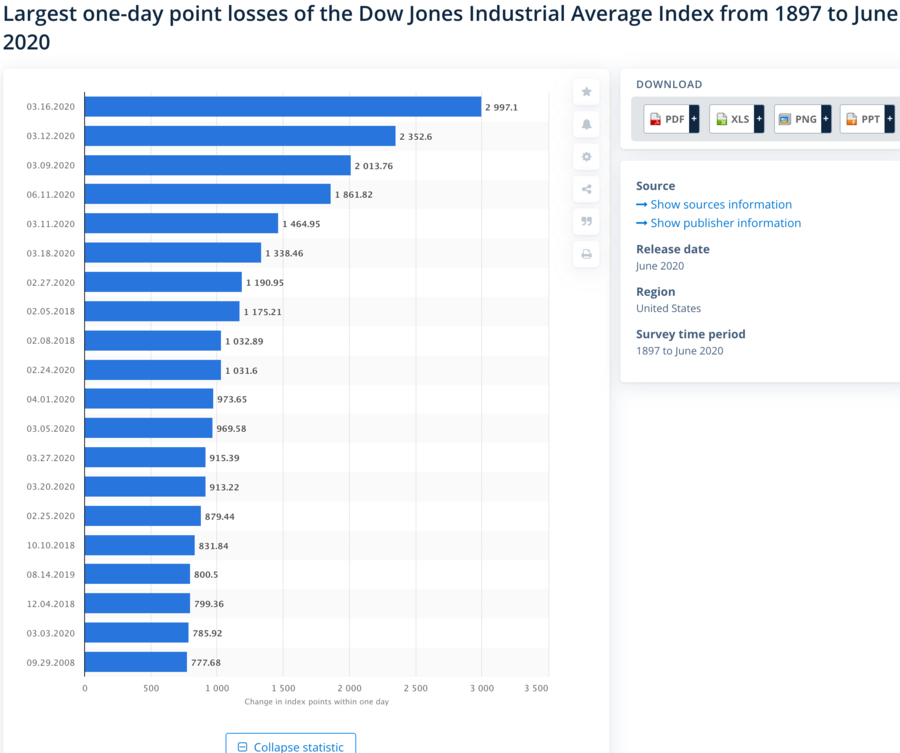 It is also fair to note that the largest single-day point gain in the Dow belongs to Trump, happening on March 24 of this year when the Dow jumped 2,112.98 points. Here is Statisa's chart of the largest point gains in a single day: 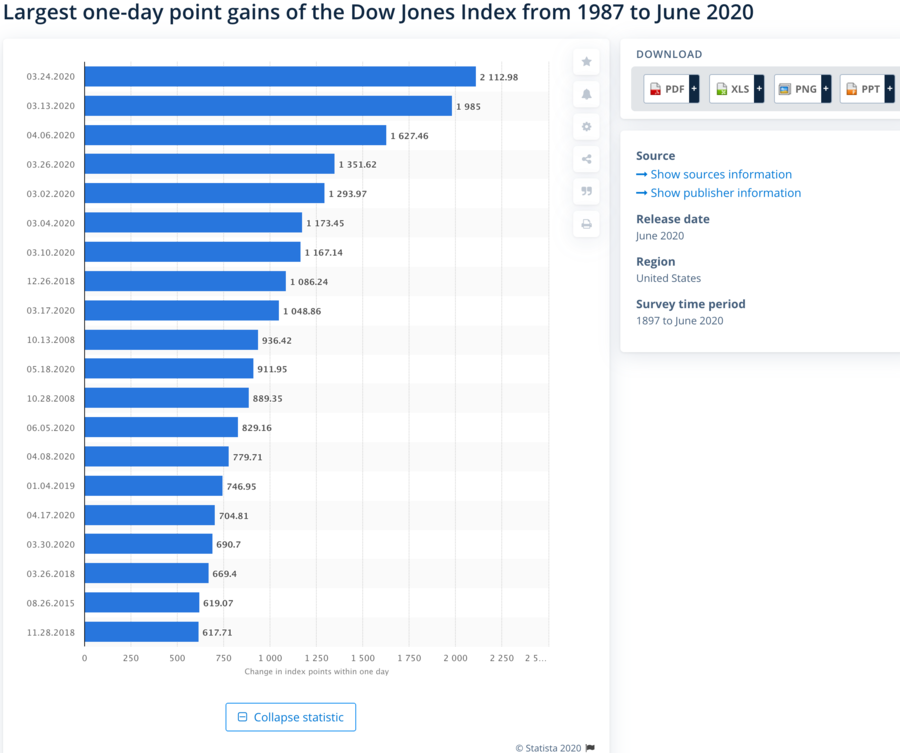 As for the national debt, that has been increasing under just about every U.S. president for many decades, and it currently stands at about $26.5 trillion. Every president holds this record until the next one is sworn in. Check here for the latest, as well for as grapics (including the one below) showing the national debt over time -- the debt held by the public as a percentage of the Gross Domestic Product, or GDP. 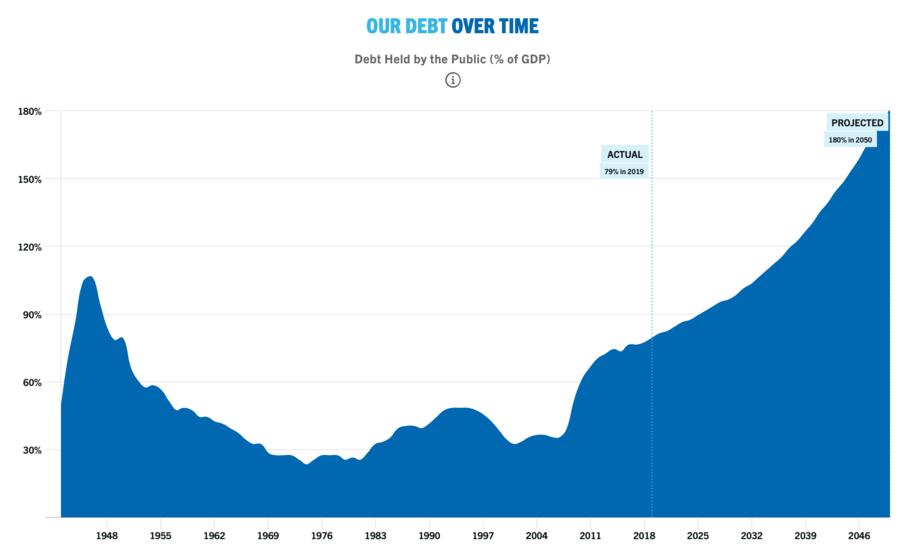 The claim that Trump had the "most convicted team members," is not accurate. President Richard Nixon still holds the record because of the Watergate scandal. There are eight former Trump lawyers, staffers, advisers and associates who have been convicted, if you count former National Security Adviser MIchael Flynn, according to an Axios count. Flynn pleaded guilty, but now the Justice Department has asked a judge to vacate his conviction. Under Trump, 34 people were indicted as a result of Robert Mueller's Russian interference investigation. Yet, 25 of those were Russian nationals or part of Russian intelligence.

With Watergate under President Richard M. Nixon, who resigned, 40 government officials were indicted or jailed because of the scandal.

Depending on how one interprets the wording, the last point about the coronavirus pandemic is partly false. It is true that the U.S. leads the world in terms of infections and deaths -- about 5.3 million confirmed cases and roughly 167,500 deaths as of August 13, 2020, according to the Johns Hopkins Coronavirus Resource Center.

But the 1918 pandemic, commonly known as the Spanish Flu, infected an estimated 500 million people -- or one-third of the world's population, according to the Centers for Disease Control and Prevention:

It is estimated that about 500 million people or one-third of the world's population became infected with this virus. The number of deaths was estimated to be at least 50 million worldwide with about 675,000 occurring in the United States.

The first two claims in this post are not false, but they are missing context. The second two claims are false.