Did Fisher-Price release 'My First Peaceful Protest' playset with a house that children can set ablaze? No, that's not true: This is a satirical claim published by a well-known satire website. This satire piece stems from the recent protests that have been happening across the United States following the death of George Floyd.

The claim originated in an article published by "The Babylon Bee" on September 21, 2020, titled "Fisher-Price Releases 'My First Peaceful Protest' Playset With House You Can Actually Burn Down" (archived here) which opened:

EAST AURORA, NY--The toy geniuses at Fisher-Price have announced a brand new toy made just for leftist parents and their kids: the My First Peaceful Protest playset. The kid-size clubhouse will come with several varieties of spray paint so kids can tag the tiny building with their own empowering slogans. It will also be made out of cardboard, allowing the cute little tikes to burn the whole thing down if their demands are not met.

EAST AURORA, NY--The toy geniuses at Fisher-Price have announced a brand new toy made just for leftist parents and their kids: the My First Peaceful Protest playset. The kid-size clubhouse will come with several varieties of spray paint so kids can tag the tiny building with their own empowering slogans. It will also be made out of cardboard, allowin ...

As of Wednesday morning, the article has over 1 million interactions on Facebook and climbing. After The article was published, google searches for "fisher price" dramatically spiked. 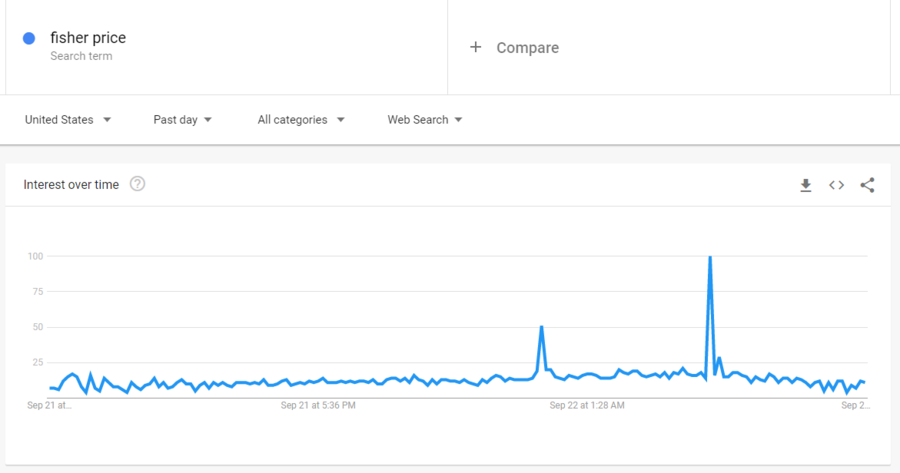 In more than 93% of all demonstrations connected to the movement, "demonstrators have not engaged in violence or destructive activity," according to a recent study by The Armed Conflict Location & Event Data Project (ACLED).

The site has been feuding with Snopes and CNN in the recent past over accusations that wasn't being transparent enough about being satirical:

At Lead Stories we are big fans of satire but in accordance with our Satire Policy we sometimes fact-check satirical content if it seems there are many people who don't get the joke (or if the joke gets stolen by Macedonian fake news sites and is then presented as "news"). To quote from our Satire Policy: