Has the widely-used PCR test for COVID-19 returned false positive results, exaggerating the number of Americans infected? No, that's not true: The test accurately determines whether patients' nasal swabs show infection. But anti-quarantine-and-mask activists, who did none of their own reporting, have misused the results of a reporter's recent analysis of testing: it shows many who are infected may not be infectious. That's not the same thing as a false positive.

The claim originated in a Steve Deace Show video (archived here) published by Blaze Media on Sept. 1, 2020 on its Facebook page with the following text:

An explosive new piece from the New York Times confirms what some had speculated earlier this year...

the way we're testing for the presence of the virus could be artificially amplified by as much as 90%!

In the video, Deace says:

It is possible we've overestimated our count by 90%.

Liz Wheeler made similar claims on One America News Network in a video entitled: 90% of COVID-19 Tests Should Be Negative: 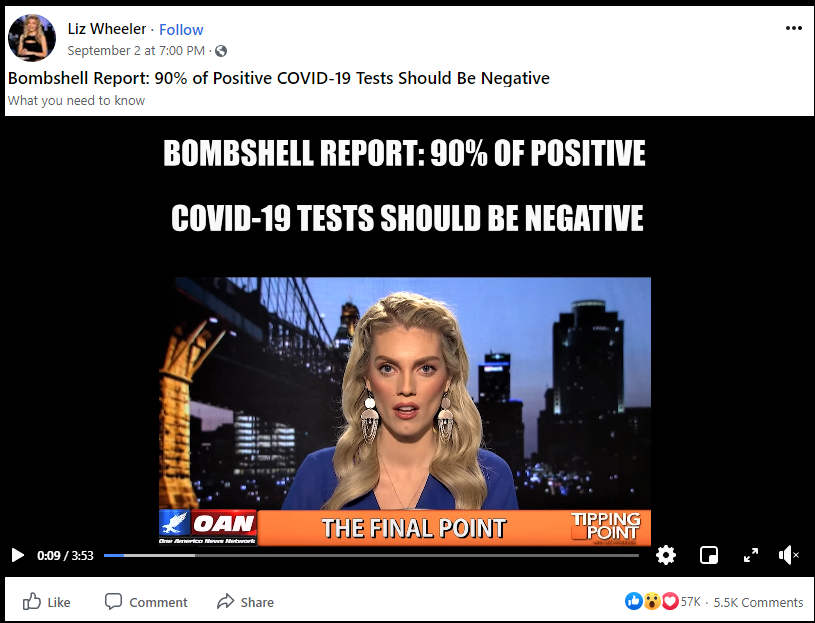 The title of Wheeler's piece, "90% OF POSITIVE COVID-19 TESTS SHOULD BE NEGATIVE" misuses Apoorva Mandavilli's reporting in the Aug. 29, 2020, edition of The New York Times.

Wheeler, who has a bachelor's degree in political science; and Deace, who told the New York Times he did not complete college, took their information from a report by Mandavilli: "Your Coronavirus Test Is Positive. Maybe It Shouldn't Be." In that story, Mandavilli, who has a master of science degree in biochemistry, distills for readers the argument in the scientific community over use of high-sensitivity "polymerase chain reaction" testing merely to answer a yes/no question: "Has this person been infected?" Instead, some scientists argue, using a richer PCR test can show not only presence of the infection, but how much virus material is present.

To illustrate the debate, Mandavilli looked at data compiled by officials in Massachusetts, New York and Nevada that included the viral load each positive patient carried. Up to 90% of people testing positive carried barely any virus, The Times found. They were still infected, but whether very early or very late in their infection, they were unlikely to be contagious.

After anti-quarantine-and-mask activists like Deace and Wheeler used the Times' reporting to claim U.S. case data is inflated by false positives, Mandavilli took to Twitter to call attention to the difference between infection and infectious. 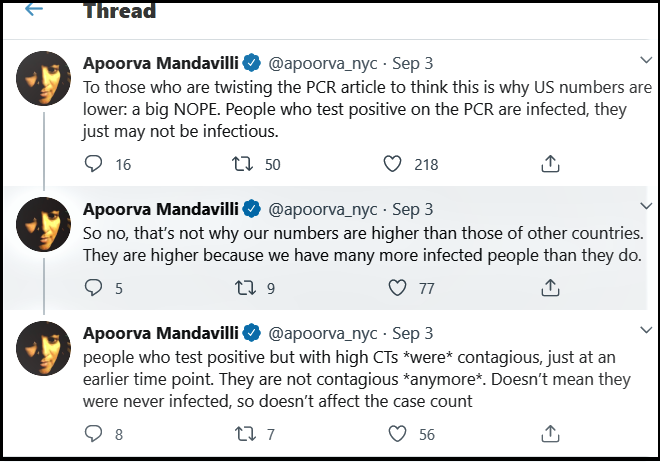 Declaring the COVID-19 pandemic overblown, Deace cited as proof of a conspiracy to ramp up COVID-19 fears the controversy over a research paper by hydroxychloroquine advocate Dr. Didier Raoult, whose work influenced President Donald Trump's early cheerleading for the drug.

But Raoult's April paper -- in addition to advocating use of the anti-malarial drug the U.S. Food and Drug Administration decided does more harm than good -- makes one of the same points Mandavilli was careful to explain in her New York Times piece, which Deace and Wheeler did not: "...patients with Ct above 33-34 using our RT-PCR system are not contagious and thus can be discharged from hospital care or strict confinement for non-hospitalized patients." In other words, PCR testing can be used to measure infectiousness as well as simple infection and the difference is useful in clinical settings. 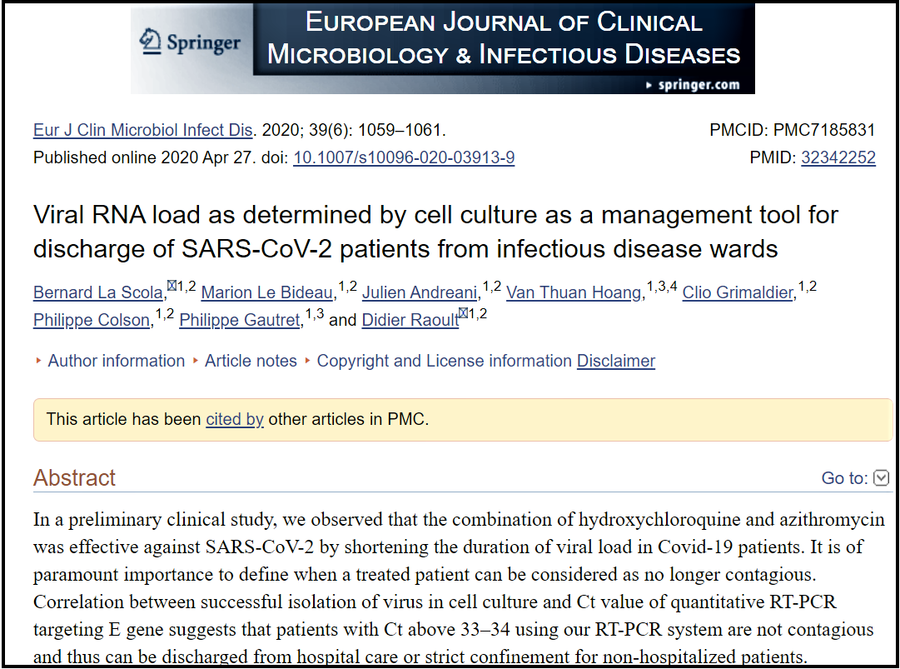 Also available to Deace and Wheeler was the Centers for Disease Control and Prevention web page explaining the value of data collected on each infection, which is the reason the tally of confirmed cases is important.

Laboratory confirmation of cases, regardless of severity, is used to map the spread so that state and local public health officials can see trends and respond. On its website, the CDC says tests that confirm infection help state and local public health officials see trends in demographics, exposures and outcomes, which helps identify those groups most at risk and take steps to protect health care workers, racial/ethnic minorities, older adults, and people with underlying health conditions. Those data help the CDC write guidelines for the public and for healthcare providers.

For readers interested in how PCR tests amplify genetic samples to make them easier for machines to measure, here is a Cold Spring Harbor Laboratory video on the topic.