The claim appeared as a post (archived here) where it was published on Facebook on August 28, 2020. It opened:

This is the South Lawn of the White House right now. The People's House used as a prop for a hate rally.

UNBELIEVABLE NEVER in the history of our country has a "president" used OUR White House as a prop for a purely political campaign event. And to top it all off, they're disregarding ALL health advice from the CDC during a DEADLY pandemic, as if they COULDN'T CARE LESS about their followers' lives. This ALONE disqualifies Trump from another four years. Follow Ridin' With Biden to defeat Trump!"

President Donald J. Trump hosted over 1,000 supporters on the South Lawn as he accepted the GOP nomination for president during the Republican National Convention on August 28, 2020.

Eighty years earlier, FDR gave his speech just after midnight on July 19, 1940, from the Diplomatic Reception Room of the White House, according to Fredricksburg.com.

He began his speech "Members of the Convention--My friends ...," and accepted the Democratic nomination for a third term. His delegates listened via a special radio hookup from 700 miles away. The DNC was held in Chicago, Illinois.

A photograph from the FDR library shows the president sitting at his desk delivering the 1940 acceptance speech. 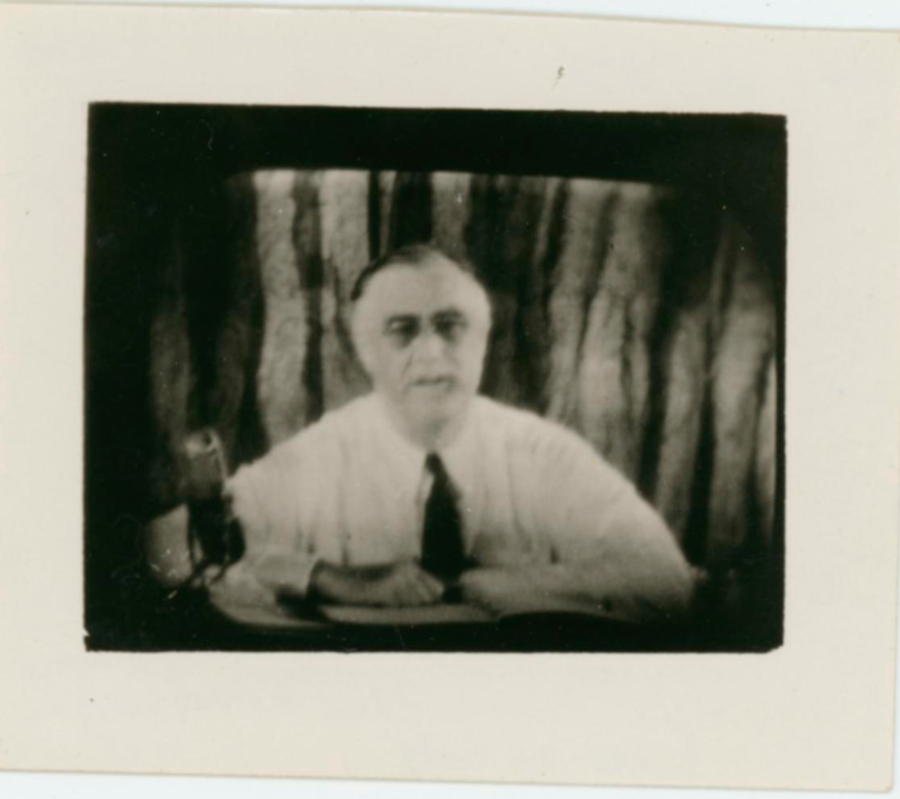 Trump spoke from the White House to accept the Republican nomination for president.

Gerald Ford filmed commercials in the White House for his 1976 campaign. According to Living Room Candidate, a description of one of the commercial said: "Spots filmed inside the White House showed him dressed casually, with an open collar and no tie."

Jimmy Carter's 1980 presidential campaign television commercial was filmed in the Oval Office and on Air Force One.

Ronald Reagan announced from the Oval Office on January 30, 1984, that he would seek a second term as president.

One of Bill Clinton's 1996 re-election campaign ad showed him in the Oval Office.

And in 2012, Barack Obama filmed a campaign ad from the chief of staff's office in the White House.