Was a "new" photograph of Malia Obama's credit card with a white powdery substance in lines found on Hunter Biden's laptop? No, that's not true. A picture circulating showing a "Malia Obama" Visa card near lines of white powder has been on the internet since at least 2019. There is no proof that it was found on a laptop allegedly belonging to Hunter Biden, purportedly left in a repair shop in Delaware with incriminating photos and documents on it.

The claim appeared as a post (archived here) where it was published on Facebook on October 22, 2020. It opened:

Another picture released from Hunter Biden's confiscated laptop. Lines of coke (?) and whose card is he using here to scrape those lines up?

The caption on the photo claimed:

New picture off Hunter Biden's laptop...this is getting worse and worse...he was either doing cocaine with Malia Obama, or just had her card because that's what happens, right? Lmaooo. WHAT A SORRY POS!!"

This image was widely available on the internet for almost a year before the New York Post wrote about the laptop. Here's a link to the archived conversation about the image.

Media Take Out reported the appearance of the credit card in December 2019 in a story with the headline, "Hackers Post Malia Obama's Credit Card Online w/ 'Cocaine'!!" The photograph in that story has the card number blocked out. The article claimed President Barack Obama's daughter's credit card was "stolen" and then posted online by hackers.

This is the image from that story: 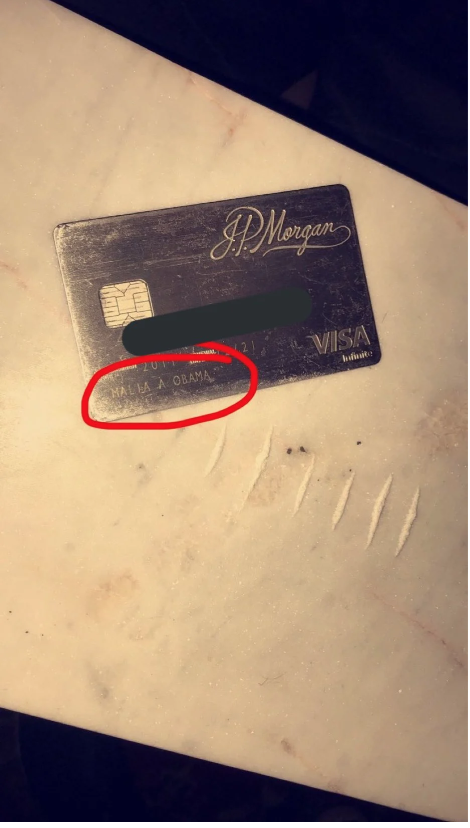 The photo in the post linking it to Hunter Biden's laptop shows all of the numbers on the credit card. The J.P. Morgan credit card also says "member since 2011," when Malia would have been 13.

Social media posts have posted the photo with different captions with speculation about the credit card and Hunter Biden. 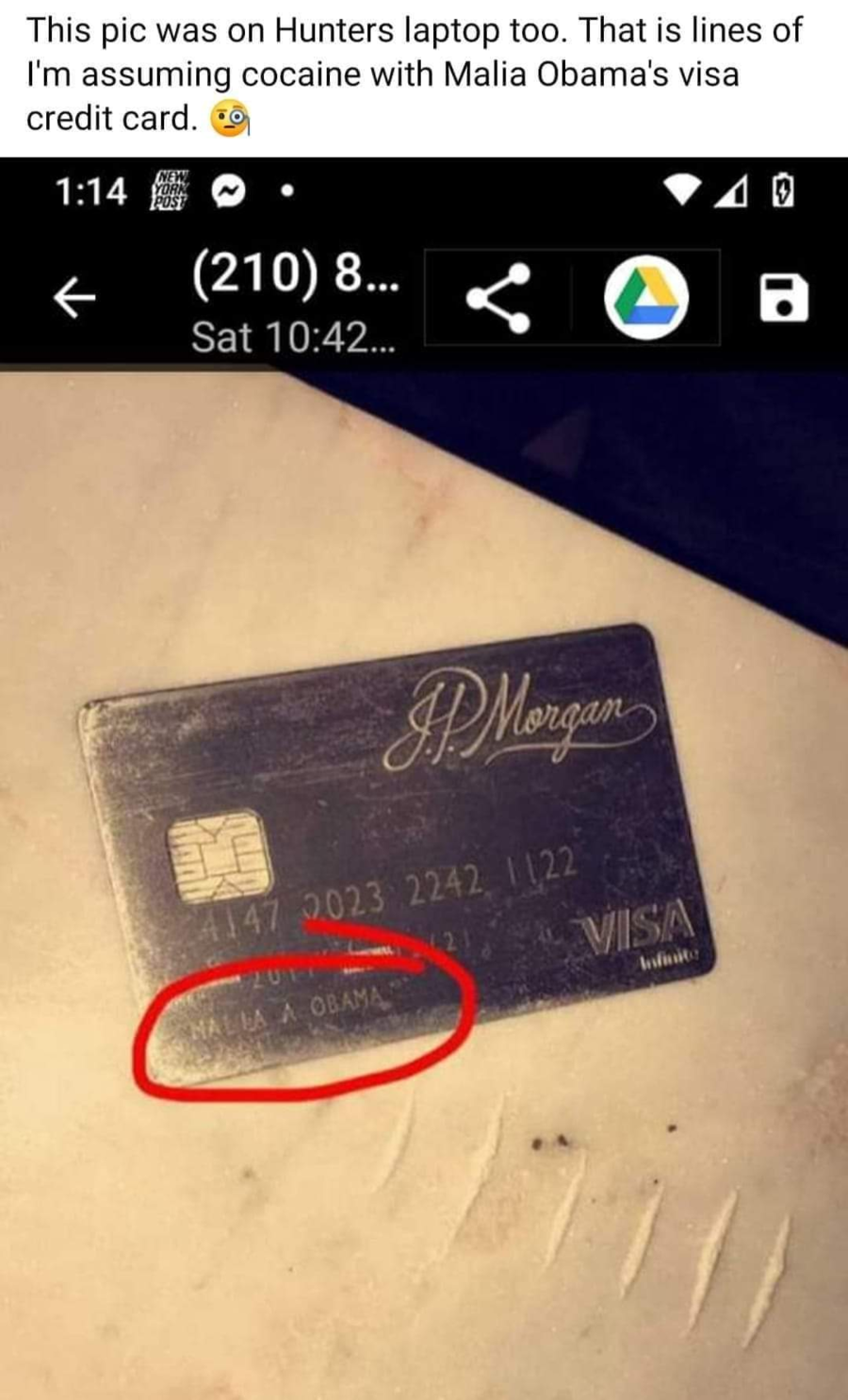 There is no proof that this picture was found on the laptop that President Trump's lawyer, Rudy Giuliani, says belonged to Hunter Biden. There have been a series of unproven claims that Hunter abandoned a laptop at a repair shop in Delaware. The NY Post reported that information from the laptop shows Hunter Biden made business deals in Ukraine that were enriched by his father's influence. There have been questions about the NY Post story after Fox News passed reportedly passed on it because of questions about its credibility. Also, on October 19, 2020, Politico reported that dozens of intelligence officials doubted the accuracy of the account, saying it was likely Russian disinformation. The New York Times ran a report about how the lead writer of the Post story refused to put his byline on the story because of questions about the authenticity of the information brought to the NY Post.

The NY Post reported Hunter Biden left his laptop at a repair shop, and that the shop owner found incriminating emails, including evidence of the son's drug problems and photos of alleged sex acts on it before notifying the authorities and a lawyer for Trump adviser Rudy Giuliani.