Did Mike Lindell say Capitol rioters were "drugged by antifa sluts"? No, that's not true: The claim was made in an article posted to a satire website with completely made-up quotes from Lindell, the CEO of MyPillow.

The claim appeared as an article (archived here) where it was published by The Business News Standard on February 5, 2021, under the title "Lindell: Capitol Rioters Were Drugged By Antifa Sluts." It opened:

MyPillow CEO Mike Lindell is fast becoming known as the nation's kookiest conspiracy theorist. His latest theory takes the cake.
In a post on social media dumpster fire Parler, Lindell produced a new spin on the real reason behind the Capitol attack. 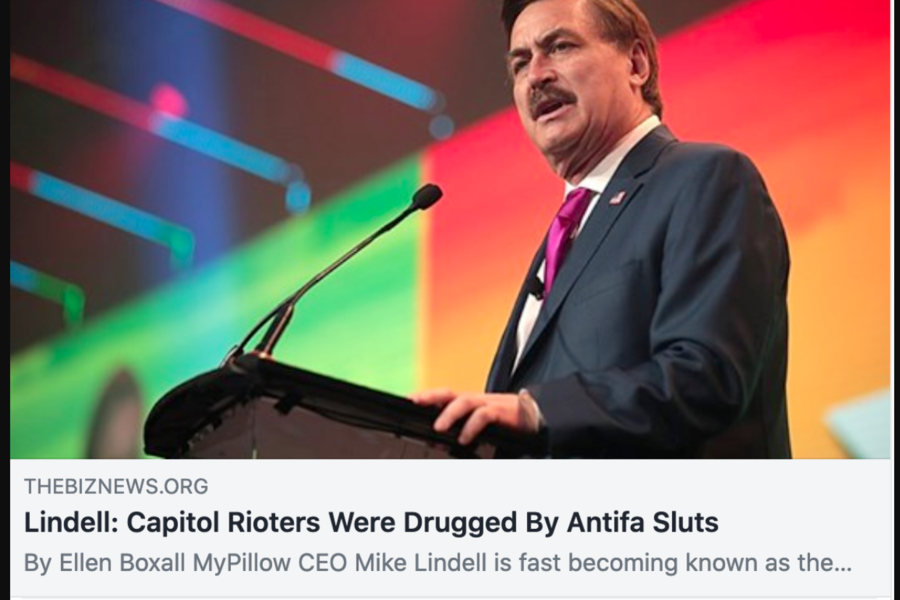 The claim in the article read:

"The rioters were hypnotized by antifa temptresses who hid psychoactive drugs in their vaginas," said Lindell. "If you look at the video, many of the rioters had crazed looks in their eyes."

The article does publish true details about Lindell: that he has been banned from Twitter and his My Pillow products are being removed from store shelves. Lindell's two-hour video that repeated multiple election fraud lies was debunked by Lead Stories here.

However, the quotes about the Capitol rioters in the article are not true. Using searches on DuckDuckGo and Google, Lead Stories found only instances of the satirical account, but no serious reporting of Lindell making the comment.

On the "About" page for the website it notes:

The Business Standard News is a satirical site designed to parody the 24-hour news cycle. The stories are outlandish, but reality is so strange nowadays they could be true."