Did a March 2021 poll show that 70% of Georgians said they would vote for former President Donald Trump in 2024? No, that's not true: The March 7-9, 2021 poll by Trafalgar Group/InsiderAdvantage notes that only likely GOP primary voters were polled on Trump. That question was not asked of Georgians of all party affiliations.

The claim appeared in a tweet published by the @GovMikeHuckabee account on March 13, 2021 (archived here), which opened:

"70% of Georgians said they would vote for Trump in 2024, and 55.5% disapprove of the job Biden is doing. Makes you wonder how Biden could have won Georgia, but you'd better not wonder that out loud." 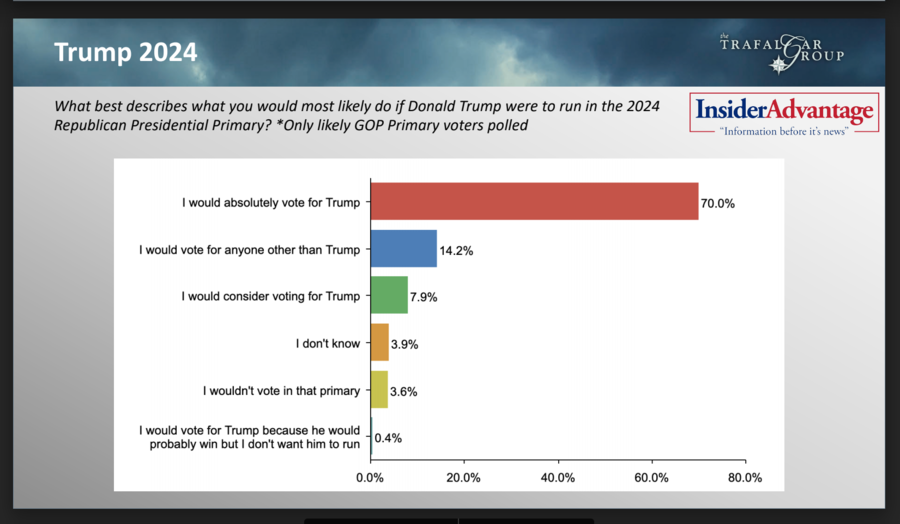 Huckabee interpreted the poll results correctly when he said 55.5% of all Georgians disapprove of Biden's job performance. That question was asked of voters of all party affiliations, according to the Trafalgar Group's report on the survey. The breakdown is 46.5% strongly disapprove and 9% disapprove.

According to the poll, more than 40% of Georgians approve of Biden's job performance, 31.8% saying they strongly approve and 9.3% approve. 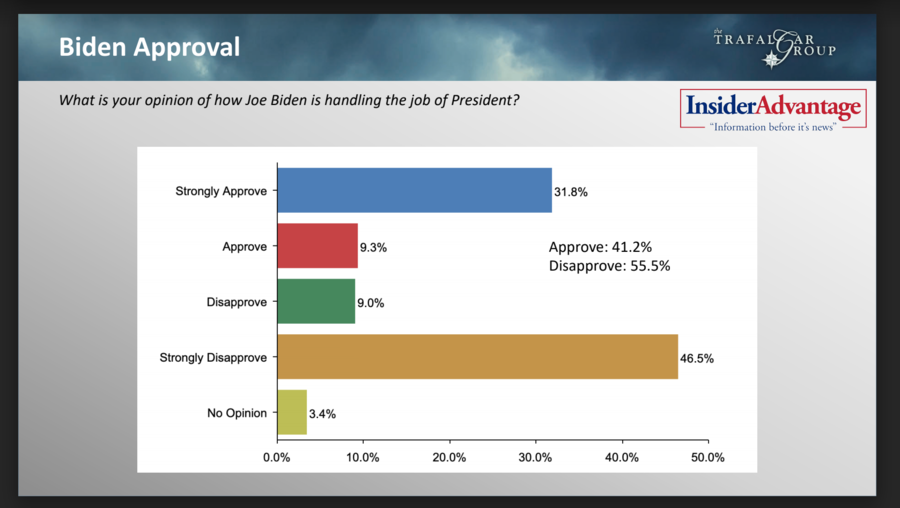