Was a McDonald's in Elkton, Maryland, closed due to a sex trafficking investigation? No, that's not true. Local police said they have no such case underway and the claim was posted on a fake "Elkton, MD" Facebook page that is not the page operated by Elkton city government.

The claim appeared as a post (archived here) where it was published on Facebook on April 26, 2021. It opened:

Big news for Cecil county today, Elkton McDonald's on Pulaski highway located in the big elk shopping center is being permanently shut down as of 4/27/21 due to a S*x trafficking investigation and international money laundering investigation.

"We have not been advised of that and there has been no investigation of that by our agency," Lt. Lawrence Waldridge with the Elkton Police Department told Lead Stories. Lt. Waldridge told Lead Stories by telephone April 27, 2021 that the Facebook page titled "Town of Elkton MD," was a fake and he added:

We have not been contacted by any other law enforcement or investigative agency related to the allegations of the claims posted on that page."

Waldridge said there have been other "egregious articles" published by the fake page.

Here is a screenshot of the official Town of Elkton Facebook page where officials posted a message warning the public about the fake story and the fake town page: 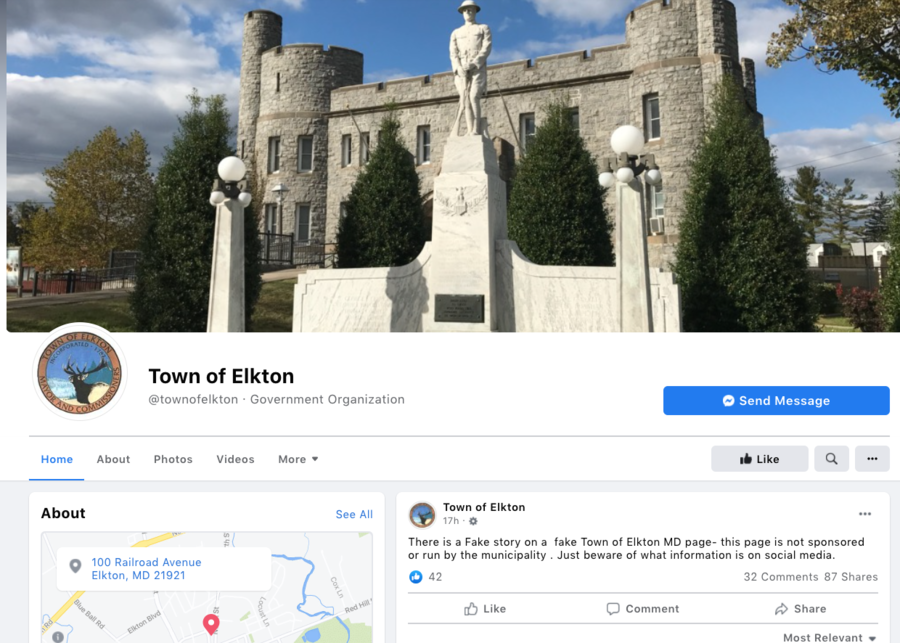