The claim appeared on a wide range of social media posts, including a tweet (archived here) posted by a CBS reporter on June 2, 2021. It read:

It was not immediately clear what triggered the false rumor that Trump had been restored to Facebook and Instagram. It was quickly countered by Facebook's spokesman Andy Stone on Twitter:

No. Nothing about the status of President Trump's presence on our platform has changed. He remains indefinitely suspended.

The page was never down: archive.is (a site that lets you take snapshots of what a site looked like on a particular moment in time) has snapshots of the page for several days between January 6 2021 and now. This is what it recorded for January 26, 2021: 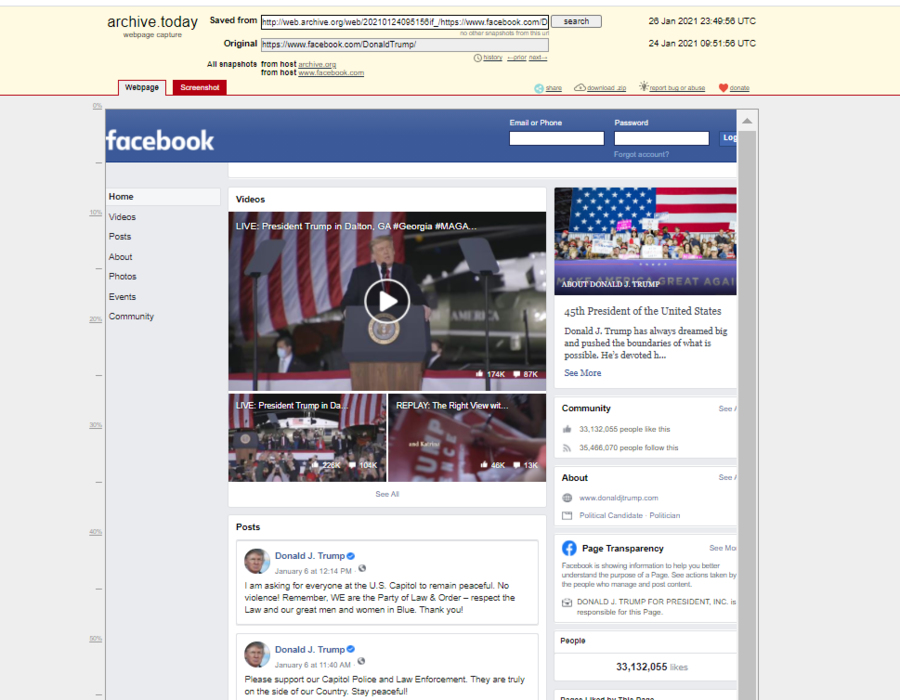 This is a link to the Trump Facebook page. 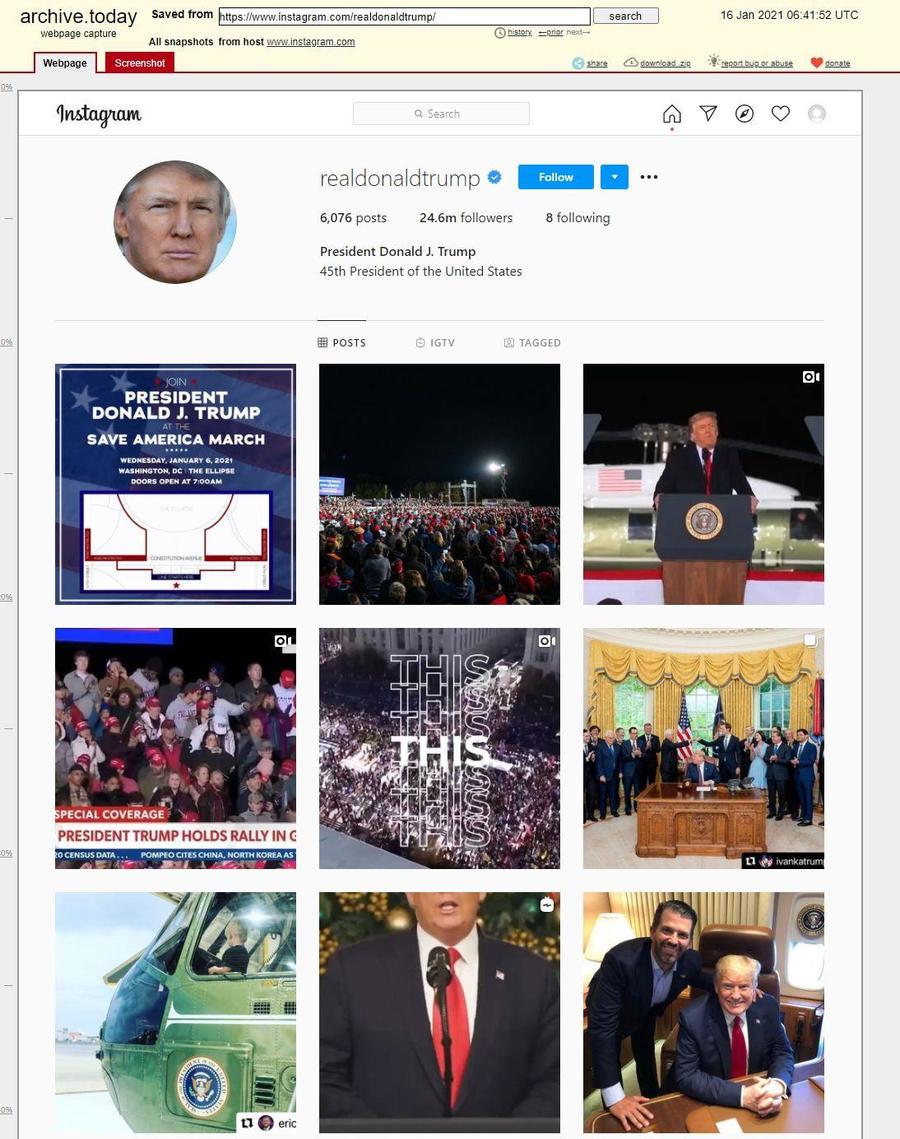