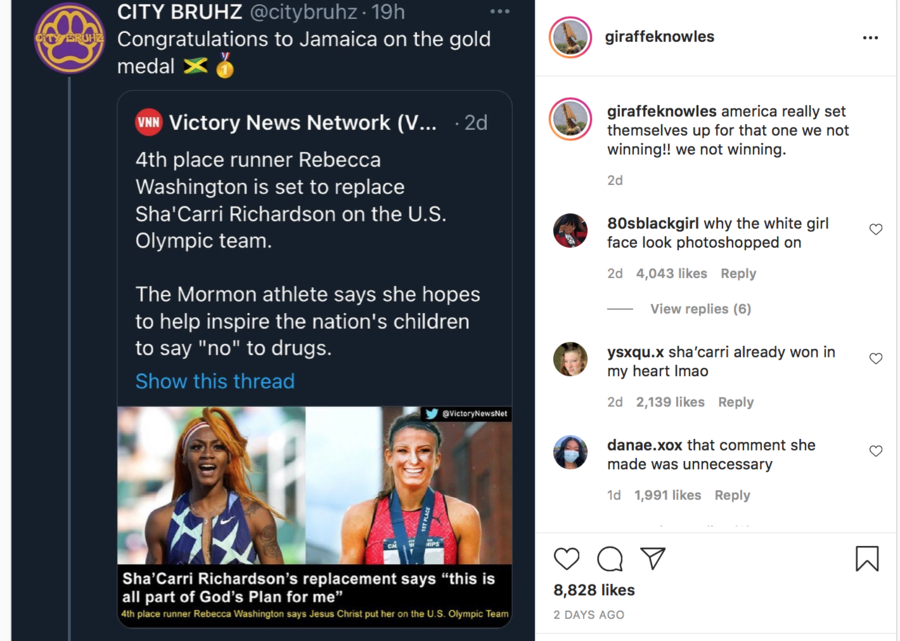 Lead Stories has previously written about the suspension of Sha'Carri Richardson from the U.S. Olympic team due to the discovery of marijuana-related substances in her system, as well as her acceptance of the suspension. Those stories are here and here.

The runner who has been chosen to replace Richardson on the U.S. Olympic team is Jenna Prandini, who came in in fourth place during the 100-meter trial.

"Rebecca Washington" is not recorded as a runner in the U.S. Olympic trials. The photo on the right side of Richardson in the screenshot of the tweet is a digitally manipulated photo of Prandini. 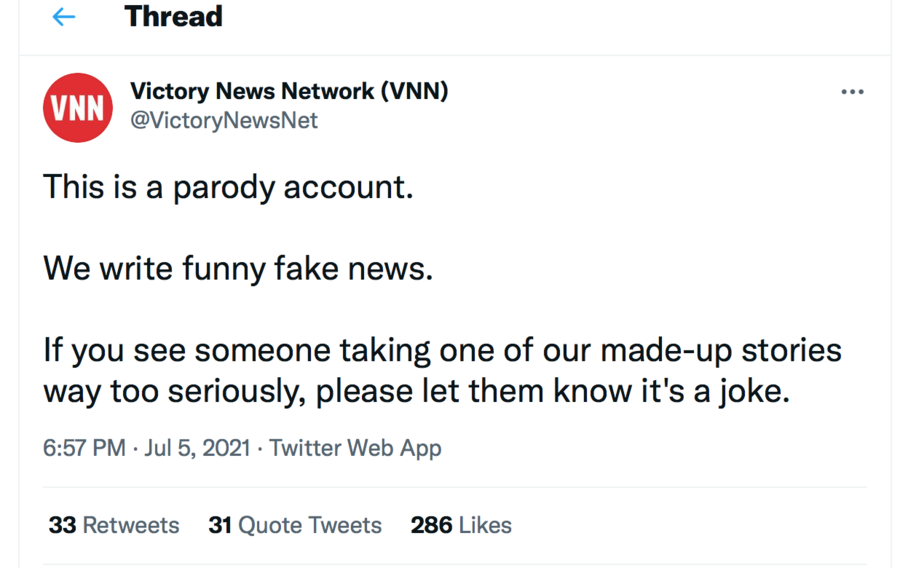