Does a video posted on Twitter show footage of a suicide bombing outside the Kabul airport in Afghanistan that killed more than 170 people including 13 U.S. service members? No, that's not true: The footage is from an Israeli airstrike that targeted Hamas days earlier.

The video shows footage of a nighttime explosion.

The Israeli airstrike footage was also featured in a video (archived here) labelled as "Devastating footage coming out of Afghanistan" published by conservative nonprofit PragerU. It is not footage of the Kabul airport bombing.

Politico captured actual footage of the airport bomb attack, which can be found here (archived here). A still of the footage is included below: 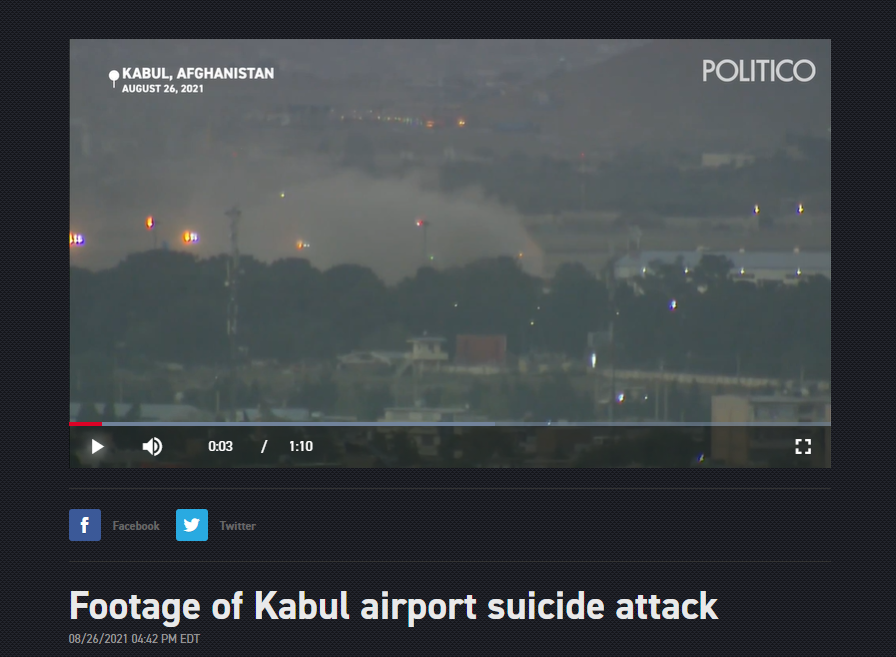 As is pointed out in the replies to the tweet making the claim, the footage posted by Prager and in the tweet being fact checked shows an August 21, 2021 Israeli airstrike on Hamas weapons storage sites 2,000 miles from Kabul, in the Gaza Strip. The airstrike on Hamas is also captured in footage included in the Twitter thread (archived here) embedded below: