The claim appeared in a Facebook post (archived here) published by a page calling itself foxnewsmiami.florida on September 23, 2021. Above a photo of a soldier viewing the setting of the sun, the caption opened:

The caption continued in part:

The rogue group of retired vets and contractors exited Afghanistan in the early morning hours of Thursday September 23rd with the aid of a French special forces unit stationed in Mali.

The rogue group of men who had caused multiple headaches for the Taliban , and the Biden administration as they came to the rescue of U.S. citizens left behind by the Biden administration to fend for themselves against Taliban hunting teams, who mercilessly went door to door killing anyone with any involvement to the U.S. troops prior to their overnight withdrawal of Afghanistan, made a hasty exit Thursday after a firefight broke out, and several hundred Taliban fighters surrounded their position just outside kabul. 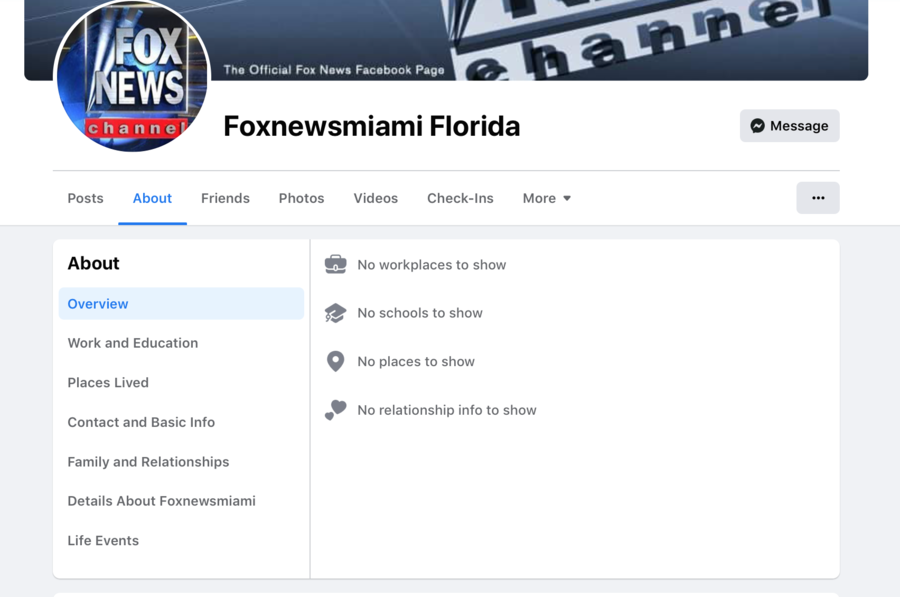 It does not include a "verified" checkmark next to the page name, and it is not listed as a media company, unlike the page of the actual Fox affiliate in Miami, WSVN (7NewsMiami on Facebook).

WSVN-TV is the Fox affiliate in Miami, yes. We have no association with that page whatsoever. Our Facebook page is 7NewsMiami.

The account you referenced is not a FOX News account and FOX News did not make this claim.

Not only does the post feature spelling mistakes, grammatical errors, and lack of journalistic style, but the photo was not taken by The Associated Press. Offered by Alamy photo agency, the photo is credited to U.S. Soldier, Sgt. Connor Mendez, in 2016.