Is a Christmas card with Donald Trump wearing a tuxedo that appears to create a phallic image a real one from the former president? No, that's not true: A card making the rounds of social media showing Trump wearing a black tuxedo with white tails, and a Santa and reindeer sleigh that all together form a phallic image is not a real card from the 45th president, his spokesperson confirmed to Lead Stories. The image appears to have tricked some social media users into believing the card was real.

The claim appeared as a post (archived here) where it was published on Facebook on December 6, 2021. It opened: 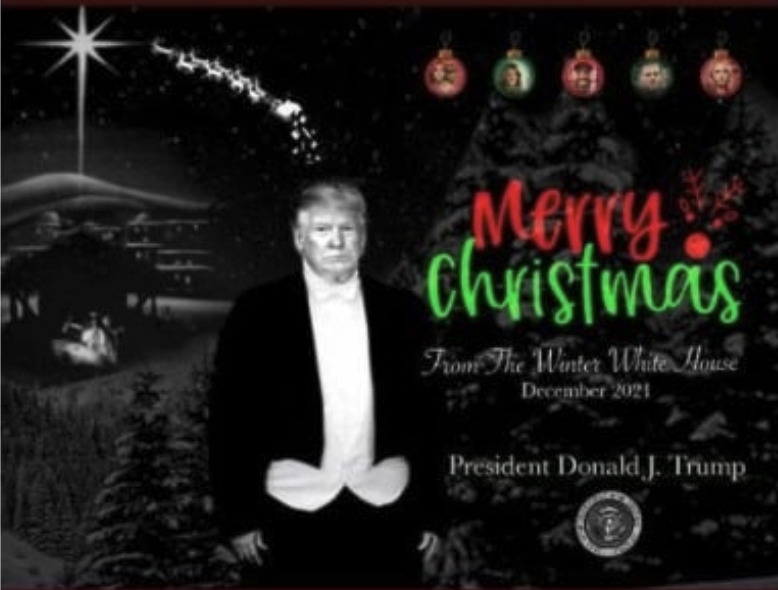 Twitter users went into more detail to call out the symbol:

This is ALL I can see on Trump's Christmas card. Also, where's Barron? pic.twitter.com/NDd2HIHQbp

Trump's spokesperson Liz Harrington told Lead Stories via email on December 6, 2021 the card "that is a fake Christmas card." She pointed out a real card that is available through Trump's PAC Save America:

The card making the rounds on social media is not available on Trump's official website.

The image on the fake card appears to be taken from Trump's visit with Queen Elizabeth II at Buckingham Palace on June 3, 2019: