Did former President Donald Trump hold a rally that drew only five people? No, that's not true: The claim in the clickbait headline is not supported in the video. The information in the video was taken from a national news article that did not call the event a rally -- which would be free -- and did not report only five people in attendance. Instead, the news article said the ticketed event was being held in what appeared to be a "cavernous arena."

The claim appeared in a video published on Facebook on December 11, 2021, under the title, "[email protected]: Trump's rally [email protected] only 5 people." It opened:

Welcome viewers. Welcome to American Inside where we bring to you the latest trusted and reliable information. 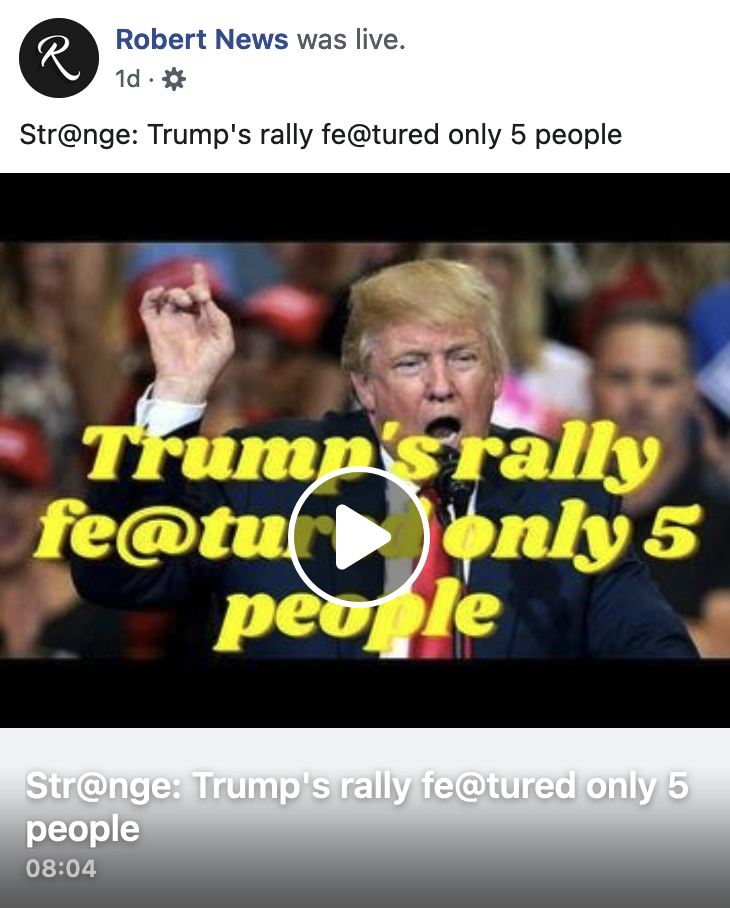 The video opens with a voiceover while showing a series of still photos of Trump. It begins:

Donald Trump's event with former Fox News host, Bill O'Reilly on Saturday had so many empty seats, that organizers closed the top bowl of the stadium.

The video reiterates information about Trump's "The History Tour" with Bill O'Reilly, which started in Sunrise, Florida, on December 11, 2021, as the Sun-Sentinel and other national news organizations reported.

"Only five people" at the ticketed event is never mentioned in the 8:03 video, and a Google search using the keywords "Trump's Rally Only Featured 5 People" produced no specific results.

Many seats remained empty in the cavernous arena. The top level was closed, and ticket buyers were 'upgraded' to the lower bowl.

The clickbait headline described the event as a rally. While Trump often calls his events rallies, typically they are free.

This is not the first time Lead Stories has refuted a claim in the headline of a video concerning Trump and "American Inside" by Robert News.