Did Vice President Kamala Harris call unvaccinated Americans "dirty Trump people" on a phone call with members of the Biden-Harris administration? No, that's not true: There is no evidence that Harris ever said this. Such a story, if leaked, would prompt extensive media coverage in reputable outlets, and there has been no such coverage. The source of the claim -- Real Raw News -- also has a history of fabricating articles about public figures. 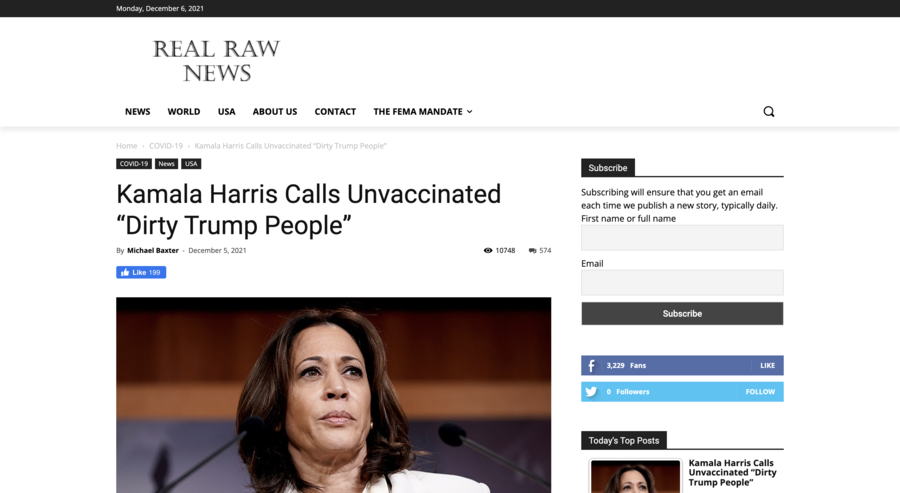 A Google search of the words "Kamala Harris dirty Trump people" showed no results of Harris saying this phrase at the time of writing.

Lead Stories has reached out to the NIH (the National Institutes of Health), the White House in an effort to reach Harris' staff and administration officials, the U.S. Department of Health and Human Services and the Department of Homeland Security. We will update this fact check, as appropriate, when they reply.