Did Wisconsin have an active voter turnout of 93.7% in 2020? No, that's not true. Wisconsin allows same-day registration and therefore calculates the voter turnout with the number of actual voters as a percentage of the voting-age population in the state. The turnout rate in the 2020 election was 72.69%. Lead Stories debunked a different incorrect Wisconsin voter turnout number in 2021.

The claim appeared as a video (archived here) published on Facebook on January 7, 2022. It opens with a narrator saying:

Wisconsin had an active voter turnout of 93.7% 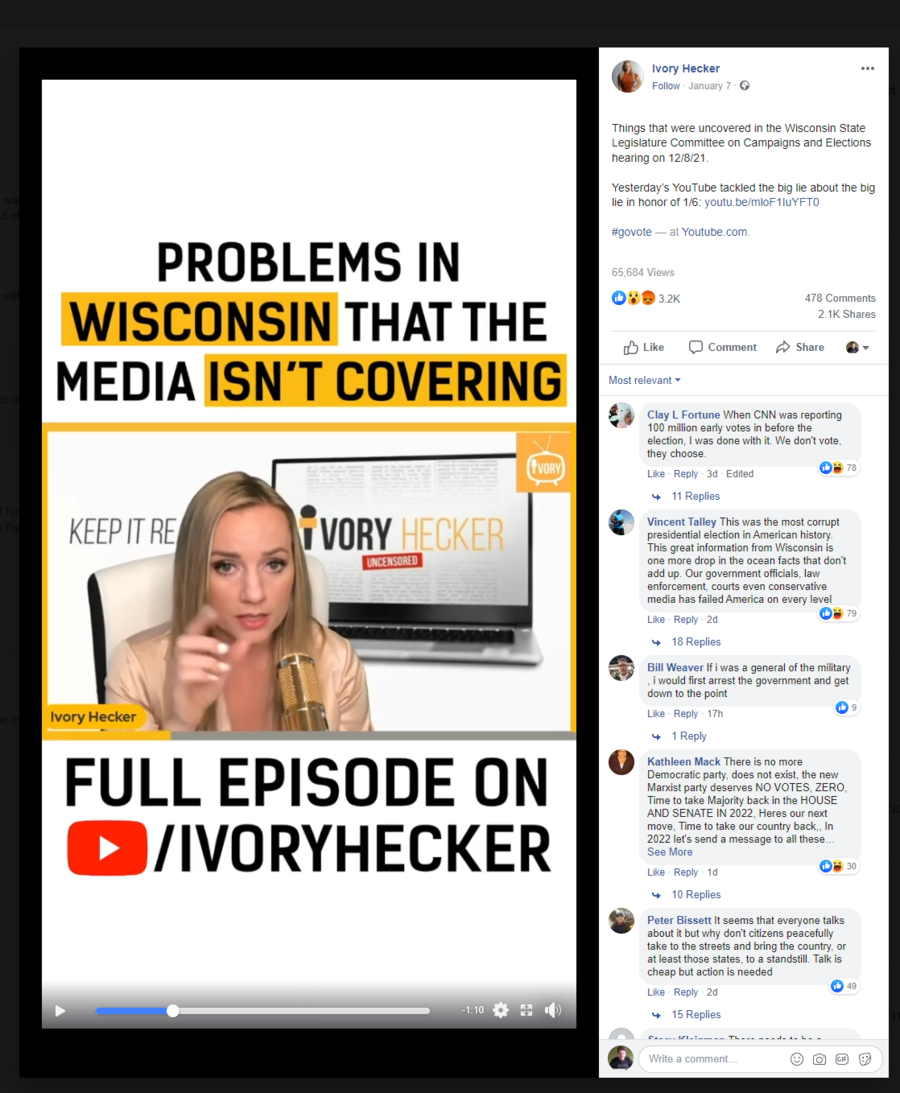 There are multiple false claims about the 2020 presidential election in Wisconsin in the video. It begins:

Wisconsin had an active voter turnout of 93.7%. Normally it's up to like 60% people turn out to cast their ballots in Wisconsin. 93.7% of the voters turned out.

As Lead Stories previously reported, the Voter Turnout Partisan-NonPartisan Through November 2020 database posted on the Wisconsin Election Commission website reported 4,536,417 voting-age population with 3,297,524 actual voters, which is a 72.69% turnout rate.

The Wisconsin Elections Commission calculates voter turnout as a percentage of the voting-age population -- people age 18 and above -- as estimated by the Demographic Services Center of the Wisconsin Department of Administration. County-by-county census data and population estimates are available on their website. "Wisconsin does not calculate turnout based on the number of registered voters, in part because the state has Election Day registration," the commission website says.

At :15 in the video the speaker claims:

The Wisconsin Election Commission addresses this on the website as well: 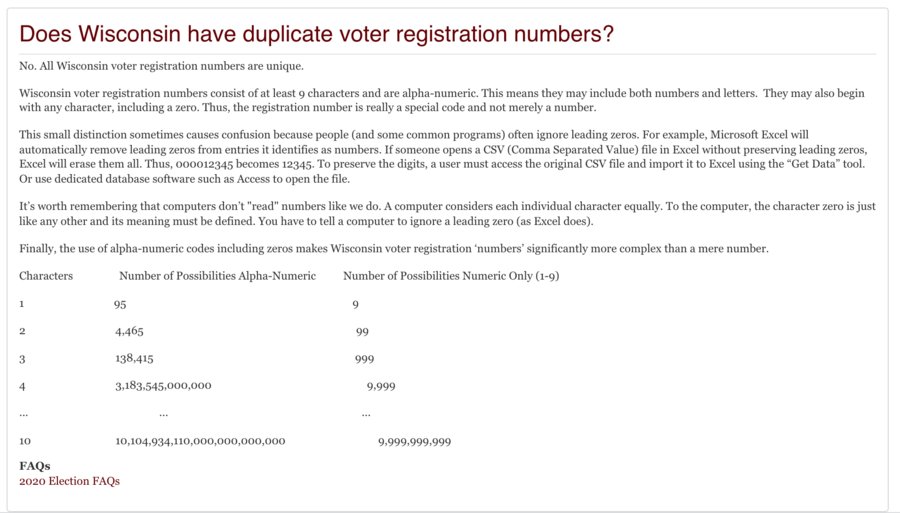 The video continues at :34:

The number is over 500K when you add in inactive voters

The Wisconsin Election Commission explained why there are voters who appear to be over 100 is due to "data migration":

Default dates of birth and voter registration dates in the WisVote database is not a newly discovered issue or an indication of voter fraud. This information has been in the State Voter Registration System (SVRS) and WisVote system since at least 2006 and is the result of data migration from over 200 different legacy voter registration systems maintained by individual municipalities that in 2005 were moved into the comprehensive statewide system.

Individuals and advocacy groups reporting that a 1/1/1900 date of birth or a 1/1/1918 registration date for a voter in WisVote is a sign of fraud, hacking or some other irregularity that impacted an election are unfortunately contributing to misinformation about Wisconsin elections, based on a lack of understanding of how SVRS and WisVote came into existence more than 15 years ago.

Contrary to the video's headline, "Problems In Wisconsin that the media isn't covering," the media has covered the facts about the election. The Washington Post wrote an article titled, "No, tens of thousands of Wisconsinites haven't been registered to vote since 1918." The Austin American-Statesmen published an article titled, "Fact-check: Did Wisconsin voter turnout dramatically jump between 2016 and 2020?" ABC 27 WKOW News covered the December 8, 2021, hearing referenced in the Facebook post in an article titled, "Elections Commission rejects claim cities improperly accepted money," and addressed the analysis of voter registration data.