Did Dan Bongino show a graphic that accurately showed that the unhealthiest cities in the United States are run by liberal politicians? No, that's not true: He showed a graphic during his February 5, 2022, show on Fox News that inverted the information from a published report. The graphic he shared titled, "Top Ten Most Unhealthy U.S. Cities," listed 10 cities that are actually the healthiest in the country. Fox News removed the graphic when the segment was aired later in the evening.

At 13:35 in the video Bongino begins talking about differences between cities in the United States with a graphic showing the following cities as the unhealthiest in the country: 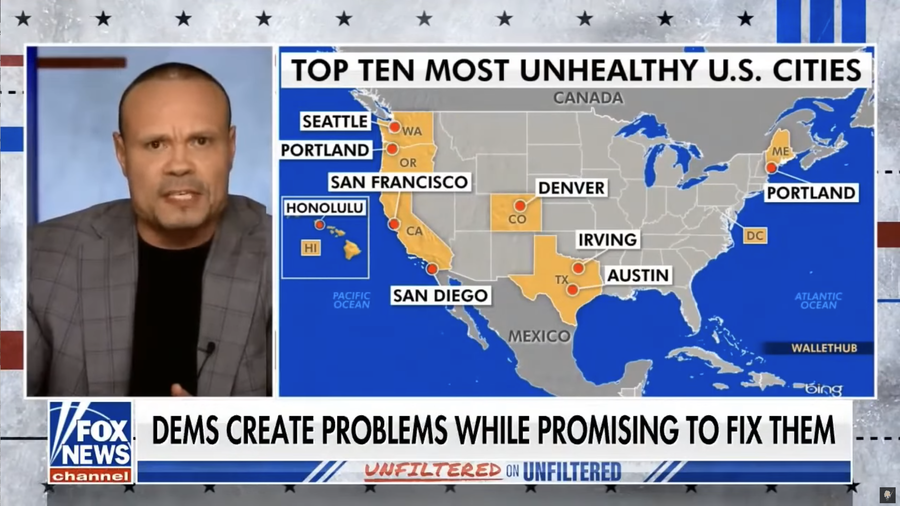 The source for the map is a report published on Wallethub on February 8, 2021, titled, "Healthiest & Unhealthiest Cities in America." 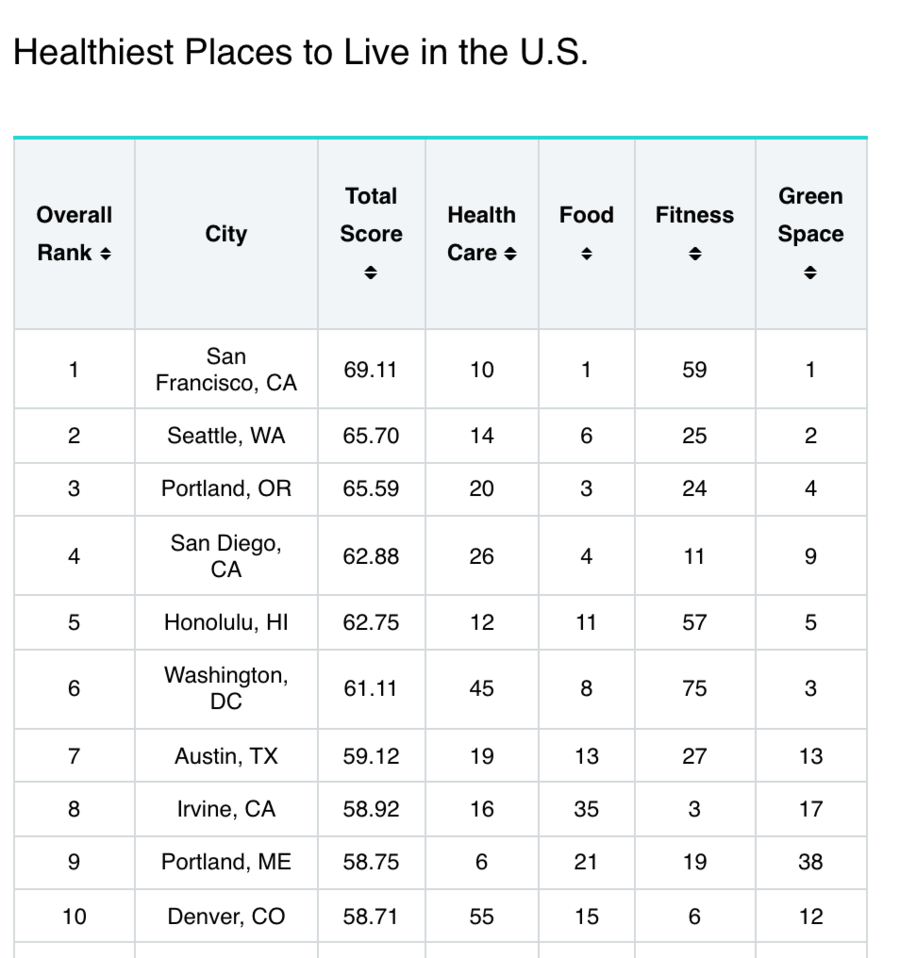 The top 10 healthiest cities are the ones Bongino listed on his chart as the unhealthiest, with another mistake. The healthiest cities in the list include Irvine, California, but the Bongino graphic changed it to Irving, Texas. During the segment, Bongino claimed that all these cities were run by "garbage Democrat politicians." Along with the incorrect identification of Irving as one of the unhealthiest cites he was also wrong about its leadership. While the office of mayor in Irving is a nonpartisan office, current Mayor Rick Stopfer has been identified by political blogs as a Republican.

Video from the later airing of the show removed the graphic and ran footage of homeless people in the streets, according to video published on Mediaite.

A Fox News spokesperson told Lead Stories via email on February 8, 2022, that the graphic with the incorrect information would be "corrected" on the upcoming show:

On Saturday night's episode of Unfiltered with Dan Bongino, a graphic was aired with inaccurate information on the unhealthiest cities in the country. We regret the error which will be corrected on next week's program."