Were there empty ATMs and locked funds at all of the "Big Five" Canadian banks on February 17, 2022? No, that's not true: The claims are "baseless," the Canadian Bankers Association (CBA) told Lead Stories. The Royal Bank of Canada (RBC) confirmed it was experiencing trouble with online banking services on February 16, 2022, but there is no evidence that this caused empty ATMs nor that the banks are "locking funds" of customers to stop a run on back reserves. 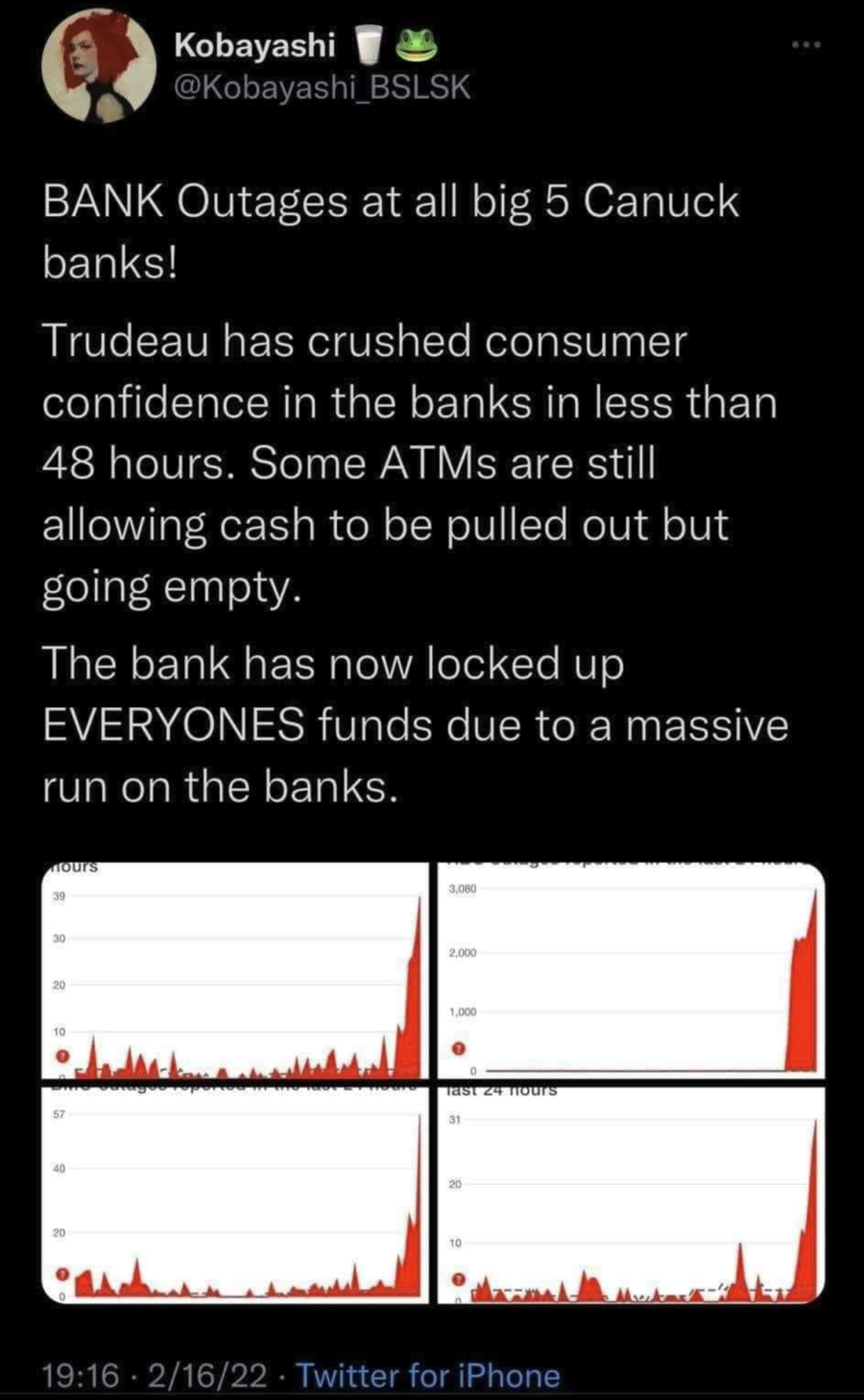 RBC posted a tweet confirming "technical issues with our online and mobile banking, as well as our phone systems," on February 16, 2022.

We are currently experiencing technical issues with our online and mobile banking, as well as our phone systems. Our experts are investigating and working to get this fixed as quickly as possible, but we have no ETA to provide at this time. We appreciate your patience ^A

The Facebook post came after individuals claimed on social media that the top five banks in Canada -- RBC, the Bank of Montreal, Canadian Imperial Bank of Commerce, the Bank of Nova Scotia and Toronto-Dominion Bank -- were experiencing outages.

Lead Stories reached out to the five banks for comment. All referred us to the Canadian Bankers Association (CBA). Mathieu Labrèche, director, media strategy and communications for CBA, responded via email on February 18, 2022:

He said they had "no further comment," when asked about the specifics of the reported outages at the banks.

The claims began after Canadian Prime Minister Justin Trudeau invoked the Emergencies Act on February 14, 2022. The New York Times reported on the financial aspects of his actions:

Mr. Trudeau and several of his cabinet ministers said the move would allow the government to take a variety of steps, including freezing bank accounts of protesters, to clear the blockade of about 400 trucks in Ottawa and smaller protests that have closed border points in Alberta and Manitoba.