Claims that the virus has never been isolated have circulated since vaccines for COVID-19 were introduced in early 2020, including in this 11-minute video clip from January, 19, 2022, which was posted on the New Guards Media Facebook page under the title "Dr. Thomas Cowan explains why all papers that claim to have 'Isolated and Purified' a virus are FRAUDULENT." It opened: 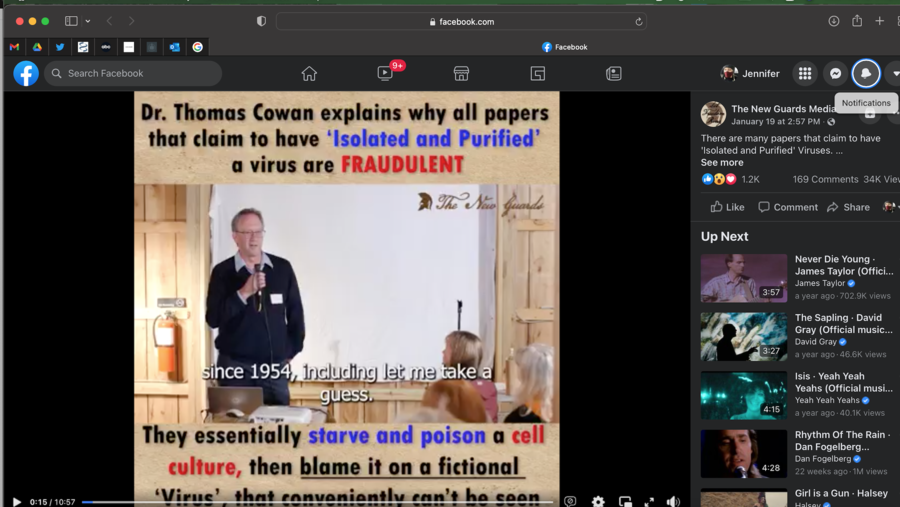 Chinese scientists were the first to identify the existence of a new, or novel, coronavirus in mid-December of 2019. Temporarily named 2019-nCoV, they reported the discovery to the World Health Organization on December, 31, 2019.

By January 10, 2020, they had isolated the virus and publicly shared its complete genome for use by scientists around the world for research and vaccine development. Multiple examples of this have been published, including in the Journal of Virology, Science Daily and by the U.S. Centers for Disease Control and Prevention (CDC).

Cowan is a retired general practitioner who voluntarily surrendered his medical license to California's medical board in a legal document signed by him on December 7, 2020.

He further claims that no one can prove the SARS-CoV-2 exists because no one has ever seen it. This is false.

Subhash Verma, an associate professor and director of the cell and molecular biology graduate program at the University of Nevada, Reno, told Lead Stories in a February 23, 2022, phone interview:

I culture this virus all the time, I don't know what he's talking about. Certainly, [viruses] are microscopic. We cannot see them outside the naked eye, but in the cells, we can use different mechanics and different kinds of measures to look at them. They are there.

Images of the virus have also been shared by the National Institute of Allergies and Infectious Diseases, and the CDC.

Cowan has questioned the existence of the COVID-19 omicron variant in a string of eight images, which mix facts with falsehoods. The claim has been debunked by Lead Stories, as has Cowan's claim that 5G technology is the source of COVID.

His description of how viruses are isolated and of the isolation process itself is wrong, Verma said. According to Cowan, isolation occurs when healthy cells are stressed and starved of nutrients and break down into particles called bacteriophage, which cause and prove the existence of disease.

That is not true and not the way bacteriophages are formed, nor does the breakdown of a cell prove disease, Verma said. Without an actual viral particle, neither a starved bacteriophage nor a fragmented genome can make an infectious particle. "He's hiding facts," Verma said.

Cowan repeated these claims during a January 26, 2022, episode of the Sol Luckman Uncensored podcast, which was originally broadcast on Spotify under the title, "Debunking Virology & the Entire Stinking 'Virus' Narrative w/Dr. Tom Cowan." On the podcast, Cowan claims that viral causation -- the spread of a disease among individuals in the same place, which occurs with SARS-CoV-2 -- could logically explain the spread of disease and deaths following the bombing of Hiroshima or the Chernobyl disaster.

Viral causation is a phenomena, but it varies by virus. COVID-19, for example, spreads easily when it is aerosolized, while blood-borne pathogens like HIV spread through bodily fluids. Neither can be compared to contracting a disease from radioactive material following a nuclear explosion, Verma said.

"It is totally ridiculous to compare," he said. "The science is very clear on this."