Does a TikTok video show Russian soldiers jumping out of airplanes during the invasion of Ukraine? No, that's not true: The video is not from the February 2022 invasion; it was previously posted by the same person on Instagram on August 25, 2015.

The claim appeared as a video (archived here) published on TikTok on February 24, 2022. It opened (in Russian "оригинальный звук - Роман" which translates in English to:

The user romanadler123 posted the video on his TikTok account as Russian troops began invading Ukraine on February 23, 2022. It quickly gained traction as commenters assumed it was a current video showing Russian troops parachuting out of planes into Ukraine. One wrote, "bro is recording an invasion," and another commented, "is he recording a literal invasion."

However, the same video was previously posted on his Instagram account @romanadler123 on August 25, 2015. Comments have been limited on that account, which shows the video as posted "307 weeks" ago. The user's TikTok account posted their first video in late 2021. This screenshot taken by Lead Stories on February 24, 2022, shows the video posted on Instagram is the same image as the one posted on TikTok amid the Russian invasion of Ukraine: 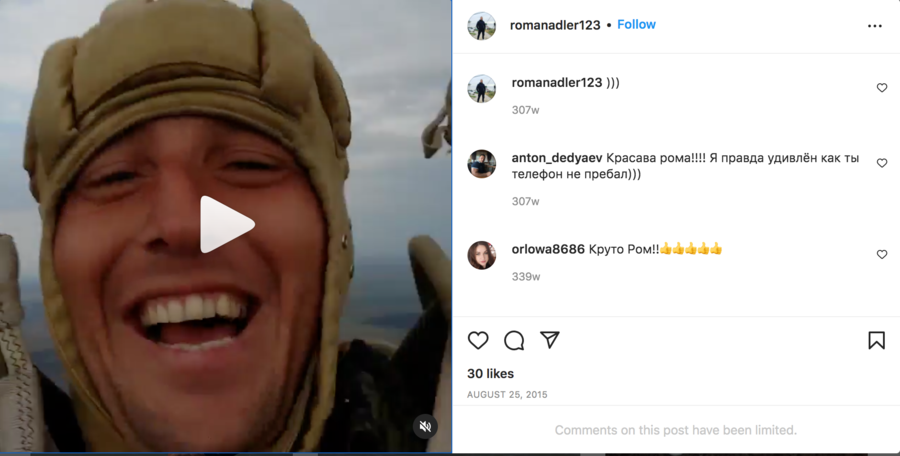